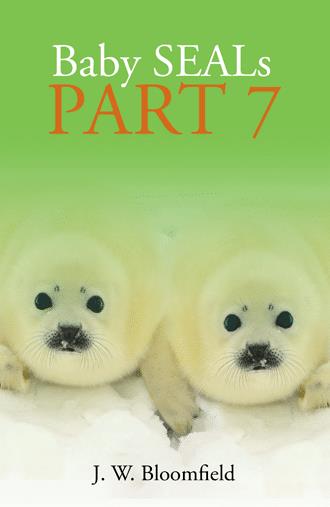 The twins were riding their motorcycles to the dive shop after school. They had taken them to school as they often did these days due to the movie production, although this time with the planned trip to shop for a new face mask for Danielle. The sky was clear with a few wispy clouds, and by unspoken agreement, the two decided to make a side trip along the harbor, not too much out of the way.
Traffic was light, and they stopped on the verge, just before the road made a right angle turn back toward the heart of the city and their destination, to stare out at the calm water, talking quietly about their time so far in Australia, church, school, the Armstrong family, the movie, and the other myriad things that filled their lives. They watched with indifference as a small SUV made its way down the road they would soon be turning onto when they left their reverie and continued on their way. A white-haired man was driving while three children sat, one in the front, two in the back, pointing and waving toward the water.
Suddenly, as they watched with sudden alertness, the man clutched both hands to his chest, and the SUV accelerated down the slope, shot across the seawall, and plunged into the water. With all four windows down, the vehicle rapidly filled with water and sank. In the seconds before the it slipped under the water, Jeff and Danielle had thrown off their armored motorcycle jackets, and as a few nearby sightseers rushed toward the site, dove into the water and followed the trail of bubbles down to the sunken SUV.
Inside the vehicle, they found the three panicked children struggling weakly to unfasten their seatbelts. All of them had been stunned when the airbags deployed as the SUV struck the water, and the eight-year-old girl in the front passenger seat had a bloody nose from the airbag impact. This was definitely not a good thing since the harbor was known for its shark population and occasional shark attack. Danielle pulled (ripped was too strong a word for the underwater maneuver) her door open, released the catch on her seatbelt, dragged the girl through the opening, and headed for the surface.
From the side, she spotted the first predator, a small four-foot shark attracted by the scent of blood and the turbulence caused by the crash. Breaking the surface with the gasping girl, she stroked strongly toward the wall, the top three feet over her head. A twenty-something man plopped down on his stomach, reaching down. In the girl’s ear, Danielle told her to reach up, and when she did, Danielle shoved her up, kicking with her feet. The man grasped an arm and lifted the girl onto the wall. Danielle immediately flipped over to return to the SUV, hearing just as her head went under someone yell, “Sharks!”
Jeff passed her as she headed back down, a young person in each hand. He reached the surface, and as the older boy floated, sputtering and coughing, Jeff lifted the six-year-old up, to be grasped by the hand and pulled up like his sister, followed immediately by his ten-year-old brother. The man on the wall yelled, “Look out, mate!” and Jeff turned just in time to kick an approaching shark in the nose before flipping over and swimming down to join Danielle. He met her halfway as she swam upwards with the white-haired man clutched close, spinning in the water to keep her face toward the circling sharks who fortunately seemed to be focusing mainly on the still bubbling SUV.
They broke the surface and used the momentum to thrust the man upwards, where two men were able to grasp him by the arms before the twins dropped back down. They then sank down a few feet before shooting to the surface again. Jeff shoved Danielle upwards where the two men grabbed her arms and pulled her the rest of the way. Jeff grabbed the rough stone of the wall and pulled himself high enough that Danielle, who had immediately rolled over and stuck her arm down, could reach him. They grasped wrists, and she raised him enough that he could dig his fingers into the top of the wall and jerk himself the rest of the way up, hearing a loud snap behind him and feeling a blow to one foot as his feet left the water..

Jeff and Danielle spend their senior year in high school in Australia, leaving all their worries in the US behind. Right? Apparently not—Australia is keeping them as active as all their years at home. Adjusting to a new school system proves easier than expected, but unanticipated challenges arise. The movie they have planned needs much care and consultation and takes a surprising turn. And trouble has followed them across half the world and rears its head in unexpected ways. On the good side, Danielle has a boyfriend, her first. And Jeff has a girlfriend, not his first, but perhaps his next love. So many questions are answered, but others, big ones, appear on the horizon. On such a huge continent, how can the distances be conquered? Has Jeff found his forever love? Will the true story of Jeff and Danielle’s relationship come out? What about their pilot certificates? And the movie they want to make? University decisions loom . . . And is crime boss Owen getting involved in their lives too much—way too much?