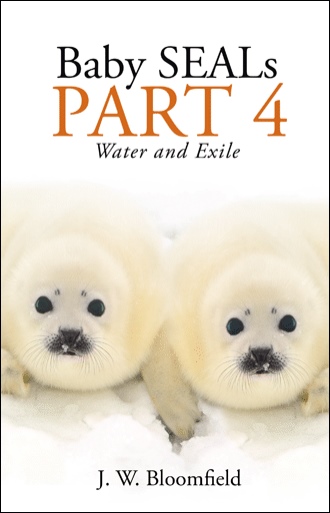 Jeff and Danielle opened their eyes an hour before sunrise and sat up in the tent, sensing trouble. The inside of the tent was dark, and there were no strange sounds, smells, or tastes in the air of the African night; no stranger than the past two weeks had been, anyway. A few dying coals popped. Bush babies called in the distance along with other nocturnal wild life. Someone coughed. A baby fretted. Feral dogs nosed around for scraps; cattle and goats lowed and protested; strange sounds in the dry grass might be snakes or wind.
Smells of cooking from the feast the night before permeated the air; unusual foods and spices; even unusual wood burning. The normal smell of unwashed bodies had changed, though. As soon as the well was finished and pumping water, every family group filled every water container they possessed, many more than once, and the entire village had bathed in preparation for the celebratory feast. That was a new smell. Not so much the clean bodies as the smell of clean water. This was not something the Americans were accustomed to noticing.
None of this explained the feeling that had awakened them; something was about to happen or was happening to people they cared about. Silently, they pulled their jackets and body armor out of their bags and slid the armor into the specially made pockets on the jackets and their cargo pants. They slid the armored pants over their jogging shorts and the armored jackets over their t-shirts.
They exited the tent, zipping it closed behind them. Moving silently to the Freedman’s tent, Jeff whispered Robert’s name. Instantly awake and alert, he whispered back, “What’s up?” Jeff said, “Trouble’s coming.” Robert asked, “What kind of trouble?” and Danielle answered, “We don’t know, but it will be here soon.” Michelle, awake now, whispered, “What should we do?” Jeff said, “Wake everyone up. Have them get dressed and ready to take cover.” Then he and Danielle moved on to wake the villagers that had Enfield’s and ammunition for them. At the huts with the best Enfield’s, they asked to borrow the weapons. Without question, the owners handed them over with the ammunition they possessed. At the other huts, they asked for the ammunition, which the curious villagers placed in their hands.
Shortly afterwards, they found Sgt. Etefu sitting cross-legged on the ground, staring off towards the southwest. They settled in silently beside him, one on either side. He glanced at them, briefly, and then said, “Trouble is coming.” Danielle said, “Do you know what kind?” He shook his head. “No. We will know soon. I have sent Cpl. Girma to wake my squad.”
Together, they watched the southwest. Now, they could hear a rumbling sound and noticed occasional flashes of light. Not lightning or thunder. Sgt. Etefu said, “Trucks. Several.”

The raiders had spent the night a few miles away, camped on the trail that led to the village. There were five trucks, each carrying twenty men plus the driver and group leader. Each truck mounted a heavy machine gun. The leader and his second-in-command rode in a jeep. Two hours before daybreak, the leader had ordered his second-in-command to get the men up and ready to move. He in turn had ordered the group leaders, and they had yelled and kicked the men until, an hour later, the trucks were loaded and ready to move.
The vehicles bumped down the trail for another hour. Just as the sun was beginning to rise, they arrived at a position one thousand yards from the village and stopped as the leader, standing in the jeep, viewed the collection of huts through binoculars.
In the village, Sgt. Etefu stared back through his own binoculars. He spat and said, “Raiders.” Danielle asked, “What do they want?” The sergeant replied, “Plunder. Slaves. Women. If the village fights, they will kill everyone and burn everything. If the village doesn’t fight, they will kill the men and old women and take the children and younger women to use or sell as slaves.” Glancing at Danielle, he added, “You white people, they will either sell as slaves or try to ransom.” She gave a feral smile and said, “I guess we fight, then.” Jeff asked, “Is there a way to determine for sure if they are raiders or something else?” Sgt. Etefu smiled grimly and said, “We will know.”
By now, the entire village was awake. The early risers had seen the trucks and awakened the rest of the village. Village Sunshine was clutching Danielle’s leg with one hand and holding the two baby seals on her necklace with the other. Rachael stood beside Jeff with her hand on his shoulder, the rest of the American team behind her.
The men of the village were watching, those with weapons loading them. Ambassador Lemma strode up behind Jeff and Danielle, speaking rapidly into a satellite phone. He disconnected and said, “Help is on the way, but it will take at least three hours for them to arrive.” Robert had moved up beside Sgt. Etefu and the two young people and was staring at the trucks. “What should we do? Should we load the vehicles and run?” The sergeant said, “The vehicles would have no chance against their machine guns.” Danielle said, “Get everyone behind cover that will stop bullets. Logs. Rocks. Dirt. The drilling truck. Whatever.” Sgt. Etefu said, “The machine guns mounted on the trucks will destroy whatever cover we have.” Jeff answered, “They won’t be using them. Or the trucks.”

Baby SEALs: Part 4 continues Jeff and Danielle’s adventures as they and their friends prepare to dig water wells in two African villages. Preparations proceed smoothly, but unexpected events lead to shocking results. Jeff and Danielle have their faith tested and their inner convictions challenged when their earthly physical training comes into conflict with their spiritual growth.