The Year of Life and Death 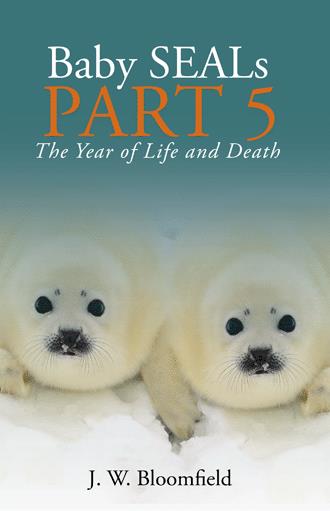 The man sat in his dark office in front of a computer screen. At the top gleamed the logo of an insurance company. In a line down the center appeared five links to various life insurance policies: one for his wife and three for his business partner, his partner’s wife, and their young son. There was also one for himself, but that one wouldn’t be needed. Still, it would be suspicious if his name was the only one missing.
He and his partner ran a small business. It was profitable enough, he supposed, for a normal company. Their four employees were paid on time and received a Christmas bonus each year. His home was okay, if not luxurious. It was nothing special; just a standard three-bedroom, two bath, two car garage in a decent neighborhood. Enough money was available to purchase a new car every five years or so.
The kicker, the one thing that had pushed him over the edge, was the boat. He and his partner had gone in together and purchased a 40’ sailboat. The price had been right, the interior was perfect for two but almost as comfortable for five, it was easy to navigate, and only later, after they owned it and were learning how to sail, did they discover it wasn’t the most stable platform on the water. Most sailboats could tip over under the right conditions. The right conditions for this boat were a little more numerous than some others they could have purchased. Still, in the two years of sailing, they had never come close to tipping over, and all five loved the time they spent on the water, sometimes one family, sometimes the other family, sometimes both.
The boat solidified the idea that he wanted more: the boat to himself, a new car every year, a bigger and nicer home, nicer vacations, an easier job. In fact, he didn’t want to work at all. He wanted enough money to live on the boat, sailing from port to port, with someone besides his wife. The idea grew into a full-blown daydream.
If it was the boat that pushed him over the edge, it was the boat’s above average risk of capsizing that crystalized the plan in his mind. That, and his partner, followed by his partner’s wife and son, then his own wife, becoming Christians. In itself, their conversion wasn’t so bad. He could play along. As long as he didn’t object, there were no problems. He even started going to church with his wife and business partner.
Then his partner announced they should have the books audited by a Christian firm to determine whether or not their buying and spending lined up with Christian principles. He agreed whole-heartedly, but the announcement started a clock ticking. As CFO, the company’s spending was in line with his principles and goals, but there were items he would not like to be pointed out to his partner. Not large items. It wasn’t as though he was embezzling the company into bankruptcy. Not large items, just a lot of small ones.
He convinced his partner they should all take a vacation off the North Carolina coast before the audit as any dive through the books by an outside firm when it had never been done before was bound to be time consuming and grueling. Both families agreed. Any excuse to go sailing on the boat was a good one.
Now he sat in the dark, finalizing his plans. Had he known it, he was also on a course to meet the Baby SEALs.
In Texas, in a small city to the north of Jeff and Danielle’s current homes, two girls were driving to school. Fifteen-year-old Addison was staring out the passenger window at the trailer park they passed every day. Her long, dark brown hair was pulled back in a ponytail, and she brushed a stray strand out of the way as a look of dismay grew on her face.
She commented, “I wonder what’s going on with the trailer park. It sure doesn’t look as nice as it did this time last year.” Indeed, the tall, dead grass under the clear, blue sky had not been mowed much the previous summer or fall. Trash was caught in the long stems. Formerly, the grass was trimmed, and it was a common sight to see a slew of adults, and sometimes a few young people, walking along the grass verge between the trailer park fence and the roadway, picking up any trash that had blown in or been tossed out car windows. Addison couldn’t remember the last time she had seen a man on a riding mower or a group picking up trash.
Seventeen-year-old Sydney glanced over from behind the steering wheel. She agreed. “I know. It really looks run down. Maybe it was sold, and the new owners don’t care. I wish it wasn’t so close to our house.” It was ironic because of the two, she was the one most searching for a way to make her life more meaningful, yet it never occurred to her to research the cause of the change or see if there was anything she could do to help.
Neither the girls nor their family had any idea of the changes that were about to take place in their lives as they became involved with the Baby SEALs.
In a mobile home in that same trailer park, one of the owners was praying for help, for a miracle. So far, there had been no answer. That was all about to change.

Jeff and Danielle return from Africa on their 15th birthday and are grounded. They did drive around for months without a license, after all. The twins receive their motorcycle permits and are grounded again. For saving lives? They grieve loss and celebrate joy. Join them for excitement and adventure as they use their SEAL skills, move to a new city and public school, undertake an underwater rescue at sea, plan for a year in Australia, and more. Through it all, their faith is challenged and continues to grow. Oh, and by the way, Jeff has a new girlfriend.