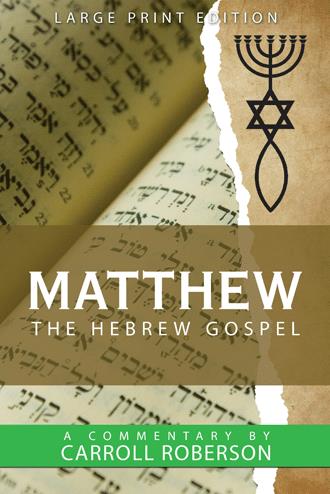 T
here is now a transition in the ministry of the Messiah, as Israel has committed the unpardonable sin by calling the miracles of Jesus the works of Satan in Matthew 12. So the physical kingdom will not come to Israel at this time; it will be postponed to a later time. Here, Jesus seems to change His style of teaching, focusing more on the people who will receive Him. The “mysteries of the kingdom of heaven” are a group of parables describing both how the kingdom will be accepted or rejected. The parables also describe the nature of the kingdom of heaven.
There are a few guidelines for interpreting parables. A parable is based upon the common occurrences of daily life in Israel during the first century, using that daily life situation to teach a spiritual lesson. We must be careful not to try to find a hidden doctrine or theology in a parable. Some have tried to take each individual thing within each parable to teach something independent of the context. What is the primary theme of the parable? A metaphor in a given parable may represent something entirely different from the same metaphor in a different parable. In this case, we must be careful not to compare things like “birds” and “leaven” in these mystery parables to apocalyptic literature. Let the parable tell its own story within the context in which it is told and not import data from other contexts.
Since this chapter is different in design and unique from the other chapters in Matthew, it helps to set the stage by reading some of the verses out of their given order as a background. Why did Jesus speak in parables? What prophecies were being fulfilled when Jesus spoke in parables? So before we get into the parables themselves, let us study some of the important truths also found within this mysterious chapter.

Matthew the Hebrew Gospel is the third volume of Carroll’s work in process on the four gospels. Carroll helps you to see why Matthew was written and why it is the first book of the New Testament. Matthew’s gospel was written in the Hebrew language first and later translated into the Greek. Matthew’s gospel was also written much earlier than scholars have taught. Carroll brings out many of the Jewish customs, history, geography as well as many personal experiences throughout this amazing work. The Bible will come together as he helps you to connect Old Testament passages to the ministry of Jesus the Messiah. Carroll has put together years of research into an easy-read format for ministers and laypeople alike.

Evangelist, author, singer and songwriter, Carroll Roberson, is the President of CRM since 1985. He has led over thirty trips to the land of Israel, and has studied the Hebrew life of Jesus the Messiah for decades. His heartbeat is to help other believers to see the Hebraic roots of the four gospels that has been lost for centuries behind the Greek. Carroll has also recorded over forty musical projects and composed over three hundred songs.