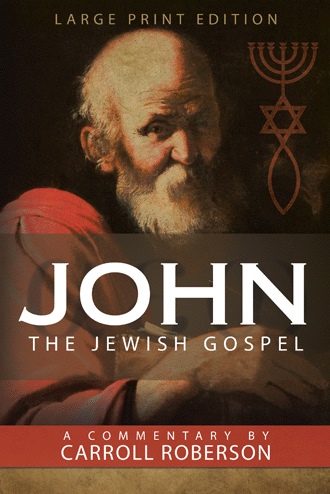 The Relation of Jesus with Time and with God

There is little or no ambiguity in describing who the Messiah of Israel really is! John wants us to realize that Jesus of Nazareth, the carpenter, was also the Lord of glory! The wording is specific and easy to follow, but what does it mean? Though the thought is deep rooted in the Semitic culture, it was drafted into a language that had universal appeal. But the language is not limited to any particular culture, time or place. The strange thought of describing Jesus as the Creator Himself would appeal to all classes of people, Jews, Christians, and pagans. The humble seekers of God would bow down to Him, while the intellectual philosophers might stumble over the truth, they would still find the thought to be intriguing indeed.

When John describes who the Messiah is, he takes us back to the very beginning of creation, or the “bereshit” in Hebrew thought. There is a strong correlation between John 1:1, and many other verses in the scriptures, are a few of them: Genesis 1:1-“In the beginning God created the heaven and the earth.”

Proverbs 8:22-23- “The Lord possessed me in the beginning of his way, before his works of old. I was set up from everlasting, from the beginning, or ever the earth was.”

John 17:5 - “And now, O Father, glorify thou me with thine own self with the glory which I had with thee before the world was.”

I John 1:1- “That which was from the beginning, which we have heard, which we have seen with our eyes, which we have looked upon, and our hands have handled, of the Word of life;” Revelation 3:14- “And unto the angel of the church of the Laodiceans write; These things saith the Amen, the faithful and true witness, the beginning of the creation of God;”

Jesus is described as the “Word,” or the Greek “Logos.” While “Logos,” is a good translation in the Greek, it cannot convey the deep, mysterious meaning of the Hebrew thought of the “Word.” In Greek thought, the “Logos,” is abstract and implies a philosophical interpretation, while the Hebrew “Davar,” is more concrete, and I believe this is the original thought that John had in mind. “Davar,”or the Aramaic, “Memra,” comes to be intimately associated with a Person who spoke the world into existence. Because of the zeal for the Greek language among many of the early church fathers, like Augustine, during the first three centuries of Christianity, they failed to see the connection between Jesus and Genesis 1. But “the Word,” is not a philosophy or a body of teachings, it is the person of Christ! This sets Jesus apart from any other person who has ever walked this planet in human history. When we want to know what God thinks, or what God would do, we read about Jesus in the gospels. God’s thoughts became a Person in the gospel of John. In the life of Jesus, we can see God’s power, His love, His compassion, His justice, and His forgiveness.

In Hebrew thought, one cannot separate the speech and the Person. In the first chapter of the Bible, we find eight times where it says, “And God said.” We know the Word that was spoken was Jesus! He is the speech, or “the Word,” of God. God’s “Word,” was sent forth and Jesus was sent forth into the world. Another biblical example of this Hebrew mind is written in Isaiah:

“For as the rain cometh down, and the snow from heaven, and returneth not thither, but watereth the earth, and maketh it bring forth and bud, that it may give seed to the sower, and bread to the eater: So shall my word be that goeth forth out of my mouth: it shall not return unto me void, but it shall accomplish that which I please, and it shall prosper in the thing whereto I sent it.” Isaiah 55:10-11

John says “the Word was with God,” which tells us that Jesus was separate from the Father, and yet He was one and the same. John records these words of Jesus later in his gospel: “I and my Father are one.” John 10:30

So John’s gospel starts off by emphasizing the Triune Godhead, which would later be called by the 2nd century Latin scholar, Tertullian, as the Trinity. There is only one God Almighty, but He operates in three persons, the Father, the Son, and the Holy Spirit. Jesus was the Eternal Son of God, the second Person of the trinity, that was sent into the world.

The Gospel of John is unique among the Gospels. It proclaims Christ’s love in a way the others do not. It also contains a different selection of miracles and teachings from our Lord. Most importantly, John places special focus on the complete and simultaneous divinity and humanity of Messiah. This is emphasized by the account being bookended between the powerful first chapter that reveals Christ as God the Creator and John’s nine-chapter retelling of the events surrounding Jesus’s passion and resurrection.

Over the centuries, Christianity has become dominated by well-meaning Gentile thought as the center of world culture has moved westward and anti-Semitic prejudice has become subtly more prevalent. As a result, we have missed the rich depth of so many truths by not reading the Gospel of John from his point of view of having walked and talked with his Jewish Messiah and God in the flesh. Most commentators approach John’s Gospel with a focus on expounding on the Greek language of the text. From this point, it is easy to wander into the realm of misunderstanding because Gentiles dissecting Gentile words leads to Gentile logic and analysis imposing itself on the fulfillment of the Jewish faith.

In John the Jewish Gospel, Carroll Roberson invites the reader to get to know Jesus better by examining the text of John verse by verse and passage by passage from a first-century Jewish perspective. He does this with an open Old Testament and a wealth of biblical knowledge, study, and experience ready. Carroll pays special attention to messianic prophesy and details within the text that come alive when viewed with an understanding of the culture of the time. John the Jewish Gospel is a wonderful addition to the library of anyone who seeks to grow closer to Jesus the Messiah.

Evangelist Carroll Roberson brings the Jewishness of John’s Greek Gospel in a simple, unique, and profound way. After traveling to Israel dozens of times, Carroll has been able to uncover the true meaning of John’s Gospel that has been lost for centuries. While John was written in Greek, the true meaning is found by studying it from the Hebraic perspective. Why did John focus more on the Judean ministry of the Messiah? What did John really mean when he describes Jesus as the “Word”? The backdrop of John’s Gospel seems to be that Jesus was not well received in Judea but was received in Galilee. This is a must read for those who are serious about understanding the true meaning of the fourth Gospel.