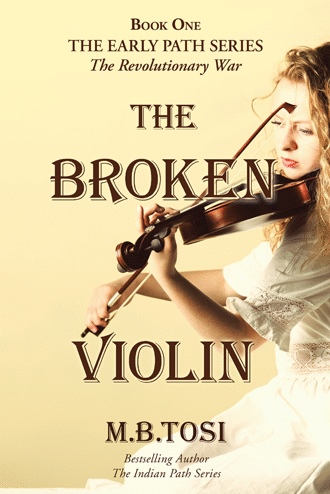 It is only the first of November in the year of our Lord 1778, and the inclement weather is bitterly cold and snowy. Crystals of ice, which whisper of a brutal winter to come, encrust the frozen ground of my small village on the north bank of the Mohawk River in New York.
As a child, I once delighted in snowflakes and thought them to be merry of heart as they danced mischievously like sprites through the woodlands. In the ghostly shadows of my own death, I see it was foolishness to have such immature fantasies. Through my tears, the mythical creatures have lost their imagined beauty. Instead, snowflakes have transformed into tormenting spears of ice as if hurled to the ground by the devil’s own spawn.
As the autumn leaves shrivel to a brittle brown refuse, my grieving heart has likewise hardened in its anguish. I, Abigail Sarah Bosworth, will be unjustly hung at sunrise in two weeks’ time. The charge is treason. Upon this soiled parchment smudged with tears and ink, I plead my innocence.
An abomination of inhumanity toward a defenseless woman has taken place. Unless I recount the actions, which caused this travesty, no recourse remains. It requires faith every year to believe that spring will come again and renew winter’s ravaged land. I believe the Lord my Redeemer will provide a miracle.
Without divine help, I will soon be walking to the gallows. If that is the only path remaining, I pray my eyes will open afresh in the land of the forgiven.

A plainly dressed woman in a flax-colored muslin garment irritably scratched out the words sprites through the woodlands (too fanciful, she thought), crossed out tormenting spears (too dramatic, she decided), and then ran a crooked line through abomination and travesty.
Anyone reading this will conclude the writer has the vapors, Abigail groaned in despair. With discouragement, the tiny woman crumpled the ink-blotted piece of parchment and angrily tossed it into a grimy corner of the cramped jail cell.
Jail cell? It hardly seemed possible. Her amber gold eyes, which oddly matched her wildly matted, tawny blond curls, surveyed the filthy, lice-infested, hay-stuffed drafty shed masquerading as a jail. Sturdy oaken bars covered with splinters confined the woman to one decrepit corner of the otherwise wobbly structure (calling it a building would be too dignified for its skeletal framework).
It was certainly unfit for man, woman, or beast. In fact, Abigail’s incarceration was unacceptable on so many levels. Why should her impeccable good works and longstanding reputation in the village be rendered null and void on the written testimony of an anonymous man? It was indeed a mockery of justice, but how could she prove her innocence when his words carried a greater weight?
Inspiration struck. Abigail impulsively stretched her hand across a scratchy bale of hay, which was serving as a wobbly desk. The woman grabbed another soiled parchment, which was her one amenity, and then dipped the pen in a nearly empty inkwell. She wrote—
It is too late for resolution of my ill-fated circumstances. Yet I plead for innocent women in the future who experience miscarriages of the law. Justice cannot be served when one conflicting testimony is chosen over another, especially when the false testimony is from a conniving male seeking revenge.
While contemplating the effectiveness of her newest and even angrier scribbles, the small woman forced her wan face into a deepening frown. No matter which way she tilted her head to look at the words, it still seemed as if something was amiss.
With growing disgruntlement, Abigail irately tossed a second smudged parchment onto a clump of loose hay in the grimy corner. Her chapped fingers distractedly scratched at the high-buttoned neckline of her coarsely-woven dress.
Oh no, fleas—what else can plague me? Am I to be tested to my limits like the biblical Job? Panic swept over her entire body. I have to do something, but what? I must find an answer before it is too late!
Rebelliously, Abigail began scraping a tin cup against the roughly hewn wooden bars. To her delight, it made an awful screeching sound like the chains of death were rising from the underworld to seize her soul.
“Now stop that right now, Miss Abigail,” a crotchety voice complained from behind a crude wooden partition. An elderly man named Ezekiel Padgett hobbled through a narrow opening from the tiny entrance area of the ramshackle shed. His uncombed mane of pure white hair flowed like tousled ribbons over the collar of his well-worn deerskin jacket.
Although a deficient wood burning stove sparked and hissed near the jailer’s cot and rickety chair, there were no such comforts in Abigail’s filthy cell. Without a cot to sleep on or even a blanket for warmth, every violent gust of November wind tore through the paper-thin walls of the swaying structure. Just thinking of her continual discomfiture made Abigail shiver, but the woman resisted the temptation to retreat and burrow for warmth under the sparsely scattered hay.
“Has thou no sympathy for the draftiness of my cell, Ezekiel,” she admonished. “Can thou not even spare an extra blanket for my solace?” Abigail observed the jailer had both a comforter made of coarse beaver pelts and a woven Indian blanket piled high on his untidy cot.
“It will be over soon enough, Miss Abigail,” the aged man said with forced politeness. “It is not important if thou catches thy death of cold if thou catches my meaning.”
The man surprisingly tittered at his words, and there were gaps in his mouth where teeth should have been. Instantly, his jovial expression was replaced with a pain-filled grimace, which carved deep grooves on his weathered face.

In The Broken Violin, Abigail Bosworth’s life is drastically changed when her wealthy British family flees Philadelphia in 1769. Anti-British sentiment is growing, and the Revolutionary War will soon erupt. After Abigail’s father closes his shipping business, they move to the Mohawk Valley in rural New York state and join a settlement of German Palatines, which is the nationality of Abigail’s mother. To blend into the small village of Stone Arabia, Abigail’s father opens an apothecary like his father in England, and Abigail becomes his assistant, an uncommon role for a woman in the late 1700s.
Though life is momentarily calm, Abigail misses a Philadelphia friend she had hoped to marry. As the American rebellion begins growing, he joins a militia and vanishes. With war on the horizon, Abigail’s parents die in a heartbreaking accident, and she struggles to live alone. Her fears increase as local Mohawk folk hero, Joseph Brant, joins the British in terrorizing nearby villages. As the Revolutionary War officially begins, Abigail is forced to tackle life’s challenges head-on, even the possibility of her own death. Although mocked and plotted against, Abigail prevails and finds love in the most unexpected place.
“M.B. Tosi begins a new series with The Broken Violin, an exciting story of the Revolutionary War. As with all of her books, this one is alive with adventure, genuine history, difficult decisions and faith. Enjoy!”
— Jim Langford,
Director Emeritus of University of Notre Dame Press

M.B. TOSI is the bestselling author of The Indian Path Series and now The Early Path Series. She also has been an editor of non-fiction books and a weekly newspaper, teaches piano, and has a bachelor’s degree in journalism and a master’s degree in education. Born in Pierre, South Dakota, she has lived in Alexandria, Virginia; Bucks County, Pennsylvania; and Toledo, Ohio. She has three children and five grandchildren.