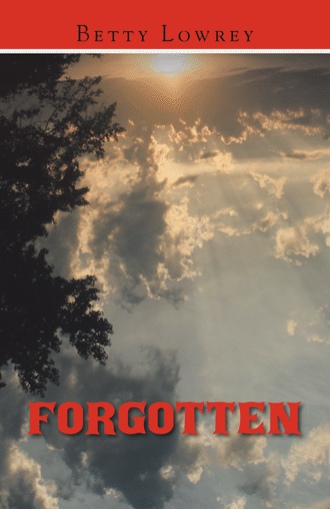 "How dare you show up, today, of all days," Marigold's anger flared., here in front of God and all their friends. "It's Christmas, Matt."

"Suit yourself." She turned to walk away but his hand was on her shoulder.

"All right. Where ever you go, I will go. remember that little line in a small chapel in the mountains?" His voice was husky. "You wore a lace dress and the Rose was playing as you came down the aisle. I said til death do us part and you repeated those same vows." Matt sighed. "Well, I'm not dead. I'm sorry I let you down; that I listened to the voice that said I must care for my father's needs over yours. I'm sorry." His voice became a whisper and Marigold felt the heart of a broken man, one she thought would never bed another woman or leave her for months on end to raise their child alone. But something else happened; all the good things he had done poured back into her memorey as she saw him drop to one knee.

"Please forgive me, Marigold." There in front of their friends, Matt ask her forgiveness and God spoke to her heart. She had held misery to her chest, letting it simmer until there was little room for anthing else. She had failed to trust him because he was gone, leaving her and M.J. to face the world alone and she had vowed no one would break the shell that formed around her heart and certainly not him. Tears welled in her eyes.

"Get up," she whispered. "Before everyone sees you. Get up."

"You stubbourn..." She had spoken loudly. Everyone looked their way. "Get up," she practically hissed. "I'll do my best with you today."

Matt rose to his feet, arms outstretched, his expression sober as he addressed their friends. "I was asking my wife's forgiveness." There was a clapping of hands. Matt reached for Marigold. "For our friends, let me kiss you."

She knew if she went into his arms, it would be her undoing. Whatever remained, resentment, mistrust, he would wipe away. Wasn't that why she avoided him...and he had'nt mentioned the woman and her part in this tryst.

You know death happens but when it hits your circle of friends, you have to stop and take stock of where your own life is going. What could you have foreseen that would have made a difference?You’ve always heard there was more to life after death, but now you question the validity. Sure, there are stories of those who died and returned to give a glimpse of what’s on the other side, but do you have enough faith and trust in God to believe in everything you read or hear?

Life has worn this group of friends thin. From legal accusations to marriages fraught with problems, Forgotten addresses their strengths and weaknesses. Dan’s world is rocked when Ellen is diagnosed with cancer, but this couple is grounded in God’s word. Andrew’s old boss is determined to make him pay for past mistakes. There’s a price on Andrew’s head and his wife and child are in danger. Marigold and Matt’s wedding vows are questioned when he leaves Marigold due to his father’s illness to help out on the family farm. Then his mother sets Matt up with an old girlfriend. Have they forgotten their wedding vows? Resentment, distrust and stubbornness reign.

It is the heartbreak Chester and Bitty face that brings them all to their knees. Divine intervention is needed. Does God hear their prayers? One of thier own is dying.

Betty Lowrey writes from her home in Dexter, Mo. Forgotten is the fifth book in the series of Ellen, Bitty, Anne, Harriet and Marigold’s lives. She invites you to read Forgiven, Forbidden, Forsaken, Forever and now Forgotten. Look for her blog; Betty Lowrey’s Forgiven on Face Book.