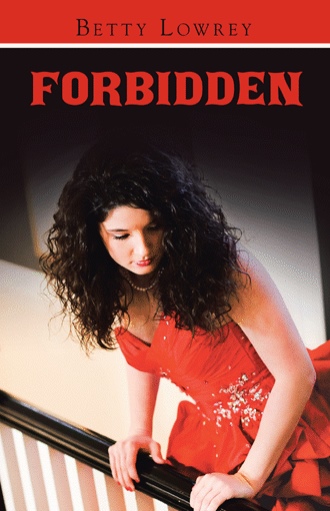 They were all gathered in one acccord, to celebrate Marigold's birthday. She arrived in the last year, an orphan on the oldest street in town, twenty two years old, saying her parents had died in an accident leaving a letter that explained she was an adopted child, her birth mother may still reside in Missouri. She relocated with the challenge of finding a mother who had given her up at birth, a pink ribbion tied around her wrist, and nothing more. How could she find the woman who thought either so little or so much of her to trust her into the lives of complete stangers? Why would God sit her down on a street in the oldest section of town in an old antebellum home when she was an artist who thought differently than these stoic neighbors? What if they disiked her, what if she hated them? If God really cared, why would he not make her quest easier than having her encounter the rich old dame two blocks down? What was she to do about the farm boy she had fallen in love with, whose parents refused her entry into their lives? And how did she fall into the trap of driviing the women to church in her painted van, with it's angel on the back, an eagle spread across the hood with wings drooping down the front fenders and those cherubic faces that little Ruthie age three understood immediately. She pined for someone to love her, almost feeling forsaken in a world of rush, where people pressed on in their private lives showing little caring, except Ellen next door, preparing to marry Daniel, a blessed couple if she had ever met one, and could it all be due to Ellen's faith? Was it possible God could bless her life in the same way if she turned it over to him and quit trying to fix everiything herself? She found herself drawn into the lives of those very being; four women of different age, all caught up int he same need, and only Ellen seemed to have the answers. Her faith in God.

God’s love shines through Ellen’s excitement as she dons the red dress won from the Bridal Shoppe. Daniel has invited all the ladies to attend Hutson’s Ball, but excitement dims as she recalls the animosity between their new neighbors Marigold and Harriet. While Anne’s ex-husband tries to ruin her life, Bitty is miserable because she and the chief of police have called it quits. But Ellen knows hearts are changing thanks to the work of the Holy Spirit. In spite of the women’s resolve to remain aloof, Ellen has faith Jesus can save them and God will keep them. If they could call a truce for one night and enjoy the ball, Ellen would be happy, but what happens is inevitable. Andrew shows up in a drunken stupor and confronts Anne about their son. From there it all becomes interesting as Harriet asserts authority and Bitty is stunned to see another woman on the arm of the chief of police. When Daniel is encountered by Madonna, his old girlfriend, Ellen knows no matter what happens God has a plan for each person. All the elements of God’s grace and forgiveness are seen in Forbidden through the changing of each of these women’s lives. One by one, Ellen knows the Lord will break them down—she only prays that He will do it gently.

Betty Lowrey has been published in various Christian periodicals. It is her wish that readers will find their faith strengthened through this work of Christian fiction. Lowrey continues to write from her home in Dexter, Missouri. She welcomes you to her blog on Facebook: Betty Lowrey’s Forgiven.