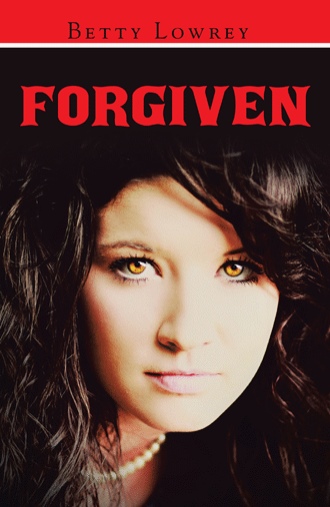 From Chapter eleven: Elleln and Bitty looked behind evey piece of furniture, ran up the second flight of stairs to the attic, searching for Ruthie. She couldn’t have vanished in plain sight, not when Bitty and Anne were in the house. But Anne had left, was it possible Ruthie had gotten in Anne’s car? Ellen dialed Anne’s number. “Anne, listen to me, we can’t find Ruthie. Do you think she might have gotten in your car?” “No, she was asleep on your bed when I left.” “Please, Anne, go look inside your car.” Ellen held the phone, listening as Bitty leaned into her side, wanting to hear. The few minutes it took for Anne to return seemed an eternity. “El,” Anne’s voice came over the receiver. “El, call the police.” The detectives came, parking in the snow encrusted drive, the car sliding to a halt, as the two jumped out and hurried to the door. “Mrs. Anderson. Your little girl is missing?” Seeing the police arrive, Harriet had come from next door, immediately questioning Bitty about their presence. “Oh, no, Bitty. The temperatures are suppose to drop down to nine degrees tonight. Ruthie can not be out in this cold.” Ellen, stared out into the darkening shadows, where the streetlamps cast yellow streaks in the snow. Already, the rooms were becoming cold as the old furnace rattled and banged trying to keep up with the thermostats setting. Ruthie’s coat hung on the peg by the door. Not even a blanket was missing. She knew Ruthie would not leave the house. Was it possible someone had taken her child? While she questioned, the thoughts battering in her mind, the Police officer’s words continually ran through her head, statistics, that she knew were true, the numbing fact that she might not see her baby again, because within three hours time either a ransom was demanded or the child was discarded, for fear the perpetrator would be caught.

Search teams were canvassing the neighborhood. People she had never met before were bundled up against the cold, looking for Ruthie. “Mrs. Anderson,” the chief of Police stood before her. “We need several pieces of clothing, preferably that have not been laundered. The canine crew has arrived. They will take the dogs out.” *

The call came in, asking for ransom. “One hundred thousand.” the voice said. “Six o’clock sharp. Bring no one with you. I’ll tell you where to leave the money.” “I don’t have one hundred thousand dollars,” Ellen’s face blanched, white. For a moment she staggered as if she would fall. “All we have is each other. And now I’ve lost my child.” Ellen’s head fell forward as the tears ran down her cheeks, seeping into her mouth, to splash on her folded hands. “We thought we had everything covered,” Bitty whispered to Harriet, miserably upset. “Everyday seemed like the one before, until now. I can’t stand it, Harriet. She will freeze to death out there without a coat, and I found her shoes upstairs. Ellen doesn’t even know.” “Let the Police do their work,” Harriet comforted. But in her heart, she knew, every passing moment was bringing heart ache. Whether it was kidnapping, or not, Ruthie’s chance of survival rest upon the integrity of a thief.

Have you longed for a place of acceptance? People allowing you to be yourself? Forgiven is based on a network of women who have come together, asking little of each other, realizing the past has formed them but the future will release them from the secrets and mistakes.

Ellen Anderson is the rock of faith, though her life will be shaken when her daughter is kidnapped. Beatrice, the widow, finds life goes on regardless of death or grief. Anne, divorced and alone, struggles full of fear, searching for peace and a way to reunite with her little boy. Harriet Becker has lived with a secret; she considers an unforgiven sin that has caused her to become a recluse from society.

When the four women find their lives entwined rather than entangled, they find truth in the old saying, “Trouble shared is trouble halved.” Ellen’s faith becomes their creed. “Time may lead me nowhere, though I press on. My faith may break into pieces, but I know within my being, when I falter God is there.” Will each woman find peace? Does God have a plan for their lives? Will the friendship, that wonderful network of caring, last when a little girl is kidnapped?