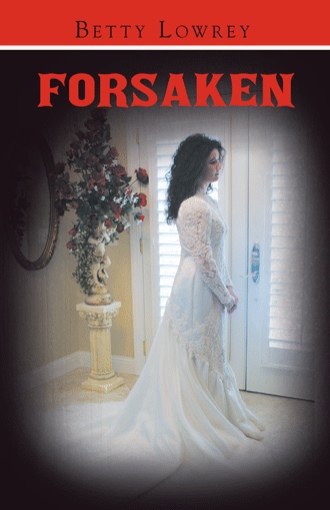 Marigold was seldom flustered but of late she felt lambasted with a new irony every day. “I feel I have to earn your parents approval before we marry.”

“And if they should never approve?” Matt studied her with serious eyes.

“You said they would in time.”

“I believe that based on their love for me and my love for you but I’m not willing to wait seven years while they make up their mind. Are you?” He stared at her. “Life is short, Marigold, I’m trying to cover all the bases, but I can’t let my parents ruin my life. If I let you go I would be miserable. That’s not going to happen. I’m offering you my heart and the promise that I’ll take care of you the rest of our lives together. Are you willing to let someone or something foolish step in and take it all away from us?”

Now, she sat her in a hospital room waiting to hear about her friends’ little son, knowing something was wrong inside her body and she couldn’t tell anyone she and Matt had been married secretly and she was pregnant because once one person knew the news would travel to Matt’s parents and they disliked her enough already. She glanced around the room to find Harriet’s sad eyes on her and even as she glanced quickly away the question hung between them whether they truly were mother and daughter and if they were would Harriet ever tell her why she had put her child out for adoption.

She was so tired of the secrecy, of Matt’s parents thinking she was a bad person. How was she to know Harriet was her mother; that ice lady she had quarreled and bickered with over senseless things until they had created a degree of animosity between them. Only her real mother would have knowledge of the pink ribbon tied around her wrist before placing her in adoption. Her parents had saved it, never once believing they would not live to tell her about it but they had died and now she sat here alone feeling forsaken. She believed in God but she didn’t know how to put that faith in action.

Why were their lives in turmoil? Anne might lose her son but at least she and her estranged husband were pulling together and Ellen, whose faith she admired surely must be to the breaking point with Ruthie’s father threatening to take custody of Ruthie if Daniel didn’t turn over thousands of dollars to him. Would it never end? They had just come through Bitty’s chief of police ordeal when he was injured and another officer killed. Glancing down at her swollen feet, Marigold wished for peace and everyone in good health. She couldn’t believe in two scant years’ so much had happened.

Now if she could deliver this baby and find happiness with Matt, she vowed she would never ask for material things again. If you are listening, she prayed silently, Heavenly Father, help us all through this crisis.

“Babe.” She heard Matt’s voice as she tried to open her eyes. “Babe. You aren’t looking so good. Harriet called me from work. She said she thinks I should take you home. There are plenty people here with Anne.”

The next morning before leaving for work, Matt leaned down to kiss her. It was when Marigold pushed the covers aside they saw the bright red blood on the white sheets. Anne was at work, Bitty taking care of Ruthie, there was no one else. Matt called Harriet. “Something’s wrong with Marigold. I’m taking her to the hospital.”

In Forsaken, we see the changing lives of four women who have come together in friendship, mainly due to Ellen’s faith in God. When Anne’s son is injured by a hit-and-run driver, Ellen’s daughter, Ruthie, receives a message she feels she must deliver, but will the doctors believe a child hears from God? Devastated over their son in a coma, Anne and her estranged husband must find ground to struggle through this overwhelming situation.

Harriet’s love for the child allows her to set aside the fact she has found Marigold to be the daughter she allowed into adoption over twenty years ago. Now the two sit in a hospital room while Harriet wonders how to approach her. Marigold has her own problems; pregnant with complications she cannot reveal because everyone would know she had married Matthew, and his parents are dead set against her.

Life has become nothing but trial and hardship; Bitty’s chief of police has been injured in a drug bust that left one officer dead. Andrew Graves was the suspect’s PR man. Had it not been for one man seeing something worth saving in Andrew, he would be in prison. Now his boss is on trial. Just when they think it can’t get much worse, Ellen’s ex-husband decides if Daniel Gates can’t come up with a certain amount of money, he will declare his right as Ruthie’s father, gain custody, and move Ruthie to Florida.

Will Ellen’s undying faith in the God she believes in sustain her or will she fall?

Betty Lowrey writes from her home in Dexter, Missouri. It is her hope the characters in Forsaken reveal the struggles people face in everyday life and that the evidence of faith makes a difference. She invites you to read the first book, Forgiven, and the second, Forbidden. Lowrey invites you to her blog on Facebook, “Forgiven by Betty Lowrey.”