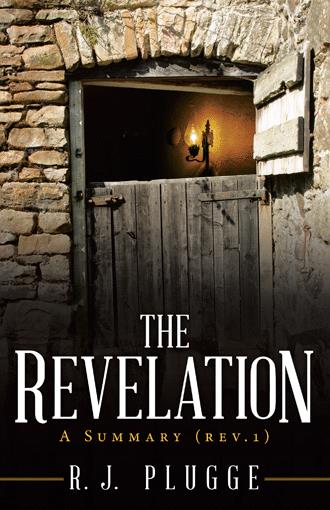 Preface: The Revelation: A Summary

This summary of the last book within the Bible, i.e. of The Revelation, is humbly submitted to aid in your own study. Hopefully, Christ’s Light of Glory will shine through and increase your praise of God’s Son and our Savior (Rev.1:16; 22:16). This summary will probably not read like any you’ve seen before. That’s good.

I’ve italicized the book’s title throughout this text to distinguish it as the title. The Revelation is, and has been, amazingly inspirational for the best in music, praise, deeds and acclamations of God’s presence, goodness, justice, and power. The Apostle John fell in awe before of the Lord Jesus and the wonders, works, and the wrath-of-God which was being displayed for him (Rev.1:17; 19:10; 22:8). Hopefully, The Revelation is, and will be, a great blessing to you too (Rev.1:3; 14:13; 19:9; 20:6; 22.7, 14).

Unfortunately, this marvelous revelation of our Lord in Glory, still completing those tasks yet set before Him, has become a plaything even within those organizations and communities that claim they are His disciples on earth. And this book has often been used by many for economic gain, and as a script for encouraging separations and dissensions rather than praise.

This summary of the book is given out of what limited insight has been granted for its preparation. No doubt it will be criticized for being Gnostic, allegorical, or from a mystic because it insists that both God and the Apostle John consistently used numerology and symbolism as a means of communication. If an expected explanation, identification, or characterization seems to have been missed or deleted in this summary, it’s probably not been out of ignorance.

I’m grateful C. Scott took time from her extremely busy schedule at Coastal Alabama Community College to provide many beneficial comments and corrections while tolerating my many intentional violations of the style manuals. Much of this text draws on numeric symbolism as well as on the symbolic pre-types, prophetic texts, and the allegorical examples displayed within the Old Testament. To emphasize the significance of the numbers, many have been included in numeric form rather than being spelled out, i.e. 4 instead of “four”; and 7 instead of “seven”. And the symbolism given for any particular numeric has also been italicized to indicate it’s an opinion.

Literal interpretations from English translations are often used; but hopefully only after carefully accommodating subtleties which were so often woven within them. Unfortunately, many Bible translations contain bits from the translator’s own theology and history, potentially detracting from the message. I pray my own biases won’t interfere with your prayerfully-gained understanding of the text.

The American King James Version of the Bible prepared by M. P. Engelbrite has primarily been used. It’s an English translation of the Bible placed within the public domain. It’s been liberally quoted. Portions of those verses inserted have been freely underlined or emboldened for emphases as appropriate for the associated discussions. Parenthetic identities for the pronouns within the texts and for other (hopefully accurate) clarifications have also been inserted within the verses as illustrated below:

This summary is divided into four parts with an added Questions and Answers section provided at the end. Many will find it best to jump immediately to the chapter summaries in section 3.1. The first part is an introduction including an overview of The Revelation; the second part has summaries of each chapter; the third provides a more detailed discussion of the “bowls” presented within Rev.16; and lastly there’s a collection of useful data in tabulation form. It also recognizes that most of the text of The Revelation, as recorded by the Apostle John, consists of historic descriptions given to him for the Church’s understanding and not mysterious prophetic forecasts for mankind’s future as so many writers speculate.

John again states that God will judge; and he adds a warning about adding or subtracting from the original text of this book, i.e. The Revelation (Rev.22:19). The text within The Revelation then ends with a benediction: “The grace of the Lord Jesus be with God’s people. Amen”

Mr. Plugge was an Aerospace Engineer for 40 years primarily designing microwave systems and their unique components. He’s now writing Bible studies from the perspective of an engineer, not a theologian or story teller. His other books include: Daniel’s Five Visions and On Zechariah. He has degrees in Engineering and Divinity.