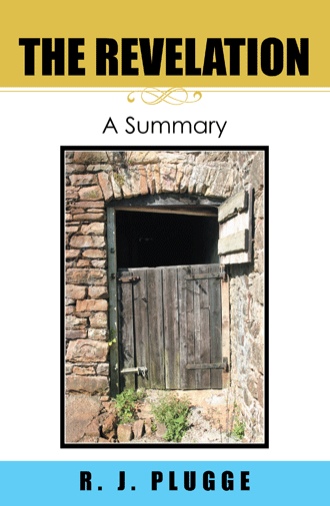 This chapter 12 begins another survey over time by noting the Heavenly signs attending Satan’s fall from before God’s Throne down to the earth and Christ’s birth within Bethlehem. Satan had also swept 1/3rd of the angels out of Heaven (Rev.12:4). But, he failed to destroy Jesus at His birth. Jesus was taken up to God’s Throne where He would rule all the nations (Rev.12:4; Ps.2). Jesus reigns in Heaven now.

Satan then attempted to overrun/flood/destroy the Israelites/Judeans with words from his mouth, i.e. provoking the Romans to war. But, God prepared a temporary place in the world for a remnant (Rev.12:14). However, it was to only be for a limited, and symbolic, time interval (Rev.12:6, 15). So Satan switched to attempt harming the Church of Jesus Christ (Rev.12:17).

This chapter is critical for understanding God’s plan. It begins in a time long before Jesus was born on earth and it runs until Satan has begun making war against the Church (Rev.12:17).

This chapter also shows God’s protection of a remnant of “Israel” even after His wrath was cast first on the city of Jerusalem (AD70) and later (AD132-135) on all of Judea (Rev.12:14). That place of protection after AD135 was primarily within Mesopotamia and that promised interval of protection was accurately fulfilled long ago. Timur-the-lame annihilated those remaining in Mesopotamia about AD1395. The “1260 days”, with the familiar day/year conversion, began when the Jews were banded from Jerusalem in AD135; AD135+1260=AD1395 (Ezk.4:6). It verified that “1260 days” was a specific interval and not to be considered 3.5 years, but that the given numeric 3.5 would again be a numeric of trial and testing (Rev.12:14). The “3.5” here was fulfilled within the 19th c. AD with the Zionist Conference in AD1897 and the re-birth of the State of Israel in AD1948. But, that’s a different book.

John’s writing here warns that the Devil, though now greatly restricted, would make war on the Church, primarily after the destruction of the temple. The Dragon/Satan would concentrate on the persecution and killing of any Christian community which has the testimony of Jesus (Rev.12:17). ***************************

237 Words from 14th chapter
John has now envisioned the Lamb with 144K saints who are upon that Mt. Zion within Heaven, i.e. the place of God’s government, and he hears them playing on harps and singing a new song (Rev.14:3; Jere.31; Isa.42:10; Ps.144:9). These were the saints of Judea sealed by God’s angel for their protection (Rev.7.2). It was also those of the Old Testament Era which Jesus brought forth out of the Bosom-of-Abraham portion of the grave after He had descended into the grave following His crucifixion (1Pe.3:18; Dan.12:2). They were previously envisioned in chapter 7 (Rev.7:4). Jesus brought these from the grave to the altar in Heaven as the First-fruits of His ministry on earth on that Great Day of His own resurrection (Lev.23:10; Mt.27:52; Jude 9; Jn.20:17).

Then John saw three (3) angels which began the Church Age declaring the Eternal Gospel over the earth, and they’re again warning Christians not to accept the beast’s (pagan government’s) mark (Rev.14:9). Next, John saw a white cloud with “One like the Son of man” (the Glorified Jesus) sitting on it and having a sharp sickle. He was beginning the harvest of the earth (Rev.14:14; Lk.8:15; Jn.4:35). This harvesting began as soon as Christ began the Church. And He is still taking souls into Heaven to be with Him. The souls of all Christ’s followers are immediately taken into Heaven at the instant of their physical death (Phil.1:21; 1Cor.15:21; 2Cor.5:8; Rom.5:12; Heb.12:22). 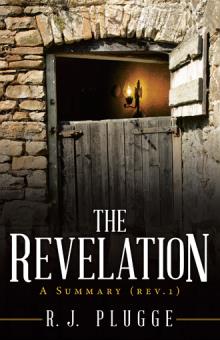 This book gives a summary of the revelation given to us through John and found at the end of the Bible. It is different than any you’ve read before. It’s divided into four sections with questions and answers at the end. There’s an introduction with an overview; a section with summaries of each chapter; a section with a more detailed discussion of the bowls within chapter 16; and lastly, a collection of useful data in tabulation form.

Included in the introduction is a brief survey going through the book to show the probable break points within John’s visions and the messages in each part to introduce the book’s subjects. Reading just the chapter summaries section will provide a quick way to learn what the the revelation includes and provides, as well as an understanding of the message.

Mr. Plugge was an Aerospace Engineer for 40 years primarily designing microwave systems and their unique components. He’s now writing Bible studies from the perspective of an engineer, not a theologian or story teller. His other books include: Daniel’s Five Visions and On Zechariah. He has degrees in Engineering and Divinity.