Living above the Snake Line 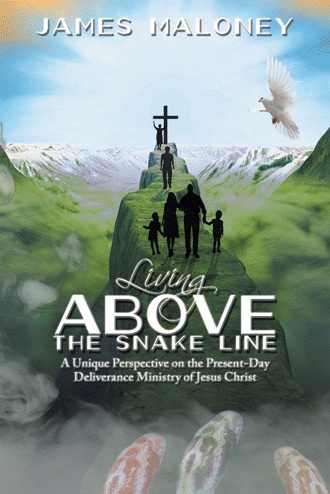 Satan is a defeated foe. If you’ve been a follower of Christ for any length of time at all, you know this, at least on some level. You understand the biblical concept that the works of the enemy of your soul were brought to no effect upon Christ’s death on the cross. What the devil had intended to be his greatest victory—the death of God Himself—was turned back upon him, and he found himself crushed under the heel of God’s Son, to whom all authority in heaven, and on earth, and below the earth, and on the sea, was given. (Matthew 28:18; Revelation 5:13) When Jesus died, Satan’s power was stripped. When the Lord was raised from the dead and exalted by the Father, it solidified Jesus’ place for all eternity over Lucifer, the fallen son of the morning.

“Therefore God also has highly exalted Him and given Him the name which is above every name, that at the name of Jesus every knee should bow, of those in heaven, and of those on earth, and of those under the earth, and that every tongue should confess that Jesus Christ is Lord, to the glory of God the Father.” (Philippians 2:9-11)

One of the greatest “keys of the kingdom of heaven” is the revelation that God the Father gave Peter in Matthew 16:13-20; that is, Jesus Christ is the Son of the living God. It’s upon this rock that Jesus said His church would be built, and the gates of Hades would not prevail against it. The believer’s authority to “bind and loose” is rooted firmly in the understanding that Christ has defeated every entity of hell, including the prince of lies, Satan. Our Lord is a conquering King, a total Victor, and the fact is that Satan has been defeated for your entire life! He is an utterly vanquished and subjugated tyrant. He is not the same devil that he used to be!

There are many books on deliverance out there, and the vast majority of them have great merit. But what will make this book unique (and prayerfully important) is we approach the concept of deliverance from the standpoint that we are facing a muzzled, broken foe. I cannot state this clearly enough—demons are already defeated. They have no authority or power in our lives, as believers in Jesus, save what we choose to give them. It’s not like some days the devil is winning, and sometimes God is winning—a back and forth struggle, and poor humanity is stuck in the middle of clashing tides of angelic and demonic hosts. That is an errant philosophy.

Yes, I am aware that Satan is the prince of the power of the air (Ephesians 2:2), and that this world system is corrupted by his activity. That word “prince” in the Greek means the one who is in the first position of rank—the chief ruler or commander. (See Strong’s #758.) “Power” here is authority or jurisdiction. (See Strong’s #1849.) The word “air”—which, appropriately enough, is the word aer (“ah-air,” Strong’s #109)—means the lower, denser atmosphere closest to the earth. It is the air that we breathe, not the upper, rarified air as we approach space.

In other words, Satan is the chief ruler over the jurisdiction of this earthly realm. He doesn’t own it; he is merely operating in delegated (or rather, pilfered) authority that was given to him by Adam when the man sinned.

I know that there are skirmishes in the unseen atmosphere between angels and demons, as the fallen foe tries to reassert dominion over their regional areas of influence, and that we do “wrestle... against spiritual hosts of wickedness in the heavenly places.” (See Daniel 10:10-14 and Ephesians 6:10-13) But concerning you and me, who are born-again, blood-purchased followers of Jesus Christ—not “children of disobedience”—our adversary has no rights over us, excepting what we choose to yield to him by rebellion against our Lord. Can the enemy try to harass you? Yes. Does this mean your life is all roses and cupcakes? No. Can the enemy test your defenses, look for broken hedges, generally be a nuisance? Can the enemy try your faith? Of course. Otherwise there would be no need to write a book such as this, and there would be no reason to include the Book of Job in the canon of scriptures. But this does not negate the truth that Christ made a mockery of Satan’s principality and power at the cross (Colossians 2:15), nor does it change the hard fact that, “...the God of peace will crush Satan under your feet shortly. The grace of our Lord Jesus Christ be with you. Amen.” (Romans 16:20)

Peace is used as a crushing weapon—isn’t that a strange visual? Grace is used as a bludgeon to smash our enemy to the ground and place him under our feet. It is from this standpoint that we address the theology of deliverance.

Your victory is assured. Our Lord has established an overcoming kingdom that already abides within you as a follower of Him. Genesis 26:15-18 shows Isaac re-digging his father’s wells after Abimelech acknowledges the son of Abraham is mightier than he. I believe this applies to us as well—that we have a mandate from God to enforce the demonstration of our authority over the enemy. Isaac was showing his dominion over the Philistines by undoing the works they had done. It is the same for us. We have been given the authority to exercise dominance and lordship over our enemy, and we show this by re-digging the wells of salvation (which include healing, deliverance, etc.) they had stopped up by sin, sickness, division, and death.

Isaiah 14 tells us that we will “narrowly look” upon our foe and consider: “Is this what we’ve been afraid of?” I paraphrase, but I believe that is the intent of the passage in its context: you have no reason to be fearful of any demon in hell, for the Lord has put them all under your feet! 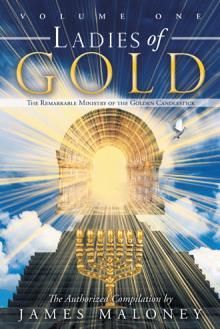 There is a narrow path on the journey through life that leads to a secret place in God where our adversary cannot find us—a place where we are so hidden in Jesus Christ that we are “off the map” and preserved from the daily struggles and vexations of the enemy of our souls. This Highway of Holiness is only found in abiding intimately with our Lord, and James Maloney has endeavored to highlight a few keys that provide a unique perspective on the present-day deliverance ministry of Jesus. We all must come up higher in our walk with the Lord if we desire to truly live above the Snake Line.

James Maloney has been in full-time ministry for more than forty years as the president of Dove on the Rise International. As a well-respected prophetic voice, his ministry expression is marked by a powerful, sign-and-wonder flow, heavily geared toward healing for the mind, soul, and body. He has a DD, a ThD, and a PhD, and has authored several exciting books, including The Dancing Hand of God, The Panoramic Seer, Overwhelmed by the Spirit, Aletheia Eleutheroo, and The Lord in the Fires. He is also the compiler of the bestselling Ladies of Gold series. James and his wife, Joy, live in the Dallas-Fort Worth area with their grown children and grandchildren.