When the Owl Calls 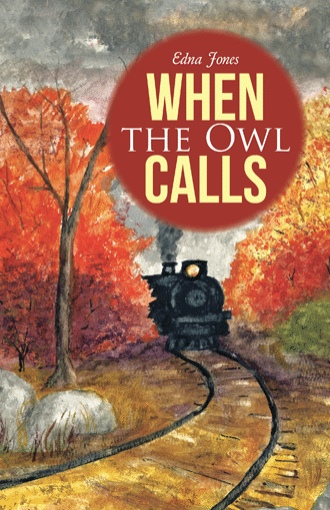 Fighting back emotion, Missy eased a chair to the head of the bed and began to speak softly. “Hit’s all right now. Doc Jim is here. He knows what to do.”

Ben turned his head on the pillow and attempted a weak grin. Back in the corner of the room, several voices combined in low prayers. Ben’s father stood on the opposite side of the bed reading aloud from the Bible.

The surgical tray opened, Jim reached for a clamp and sponge, but froze when Ben’s father ordered, “Stop!”

Jim’s head shot up in surprise. “Sir?” he asked struggling to understand.

“I said stop what you’re doing. We cain’t be interfering with the healing of our Lord.” Then lowering his eyes to the worn book in his trembling hands he began reading haltingly again, struggling over the printed words.

“What’s he talking about?” Jim demanded of Missy.

“He’s reading a verse from the book of Ezekiel. If read in faith, hit’s supposed to stop the bleeding,” she choked out.

Instrument still in hand, Jim straightened, putting himself on eye level with Mr. Carroll. He had encountered Ben’s father many times over the past year and always found him friendly and courteous, so this present attitude confused him. “Sir, I respect God’s Word, and I wouldn't argue your right to interpret, but the fact is, Ben will die if I don’t shut off that flow of blood and do it quickly.” He hated to be so blunt with Missy listening, but too much was at stake now to worry about sparing feelings, so he continued. “I appreciate and covet your prayers, but I’m going to locate that bleeding vessel, now!”

“Mr. Jim,” the man’s voice rang with authority, I’m obliged fer the friendship you give my son Ben, and yer welcome to sit among us as we beseech the Almighty, but if you insist on interfering with His working, I’ll be forced to ask you to leave.” Two of Ben’s brothers rose from their prayer positions and came with apologetic faces, ready to carry out their father’s wishes. Jim knew neither man meant harm, but he had no doubt they would remove him from Ben's side where he was needed. Still, he had to try. Grasping Ben’s shoulder, he roused him. “Ben, listen to me. You’re an adult. You have the right to make this decision for yourself. Give me permission to help you.”

Feeling caught in an outrageous nightmare, Judith looked around the room, her eyes appealing to the others. It was obvious their love and concern for Ben was genuine, but they did nothing.

Jim entreated, “You’ve a family depending on you. What will they do if you die? And you will, Ben. You’re going to die if you don’t let me stop this bleeding.”

Struggling to keep eyes open, Ben rolled his head on the pillow and looked imploringly at his father. Tears clouded the old man’s eyes, his mouth and hands quivered, but he gave no permission. The years of training and respect kept Ben’s tongue silent. He turned back toward Missy, his eyes begging forgiveness, and then he closed his own against the terrified pleading in hers

“Where’s Mrs. Carroll?” Jim asked, rushing into the kitchen. He found her sitting at the table, head resting in her hands. When he spoke her name, she lifted a tear stained face, aged considerably by this painful burden.

Jim placed his palms on the table, looking into her eyes. “Mrs. Carroll, please speak to your husband. I understand your position, but I also know how much you love Ben and want him to live. You must go in there and persuade your husband to let me do what I can before it’s too late.”

Her silver head quivered with deep emotion as she focused her pale blue eyes on him. Her slender, work-worn hand reached timidly out and patted his on the table. It was a grateful gesture because she knew he cared, but her next words left no room for hope. “I wish I could. Ben is my baby boy. I’d give my own life a dozen times over for him, but what you’re asking goes beyond living and dying. Hit goes against the very faith fabric of a family. My husband is the spiritual head of this house and what he says stands.”

With that, she rose and went to the big iron stove and picked up the coffeepot. “Doc Jim, I’m shamed by my inhospitable ways.” She then asks politely, as though what happened in the next room had no bearing on her responsibility to a guest, “Would you keer fer a cup of coffee?”

Jim felt a rush of frustration. A need to shout, to insist she stop this misguided thinking, but it was quickly replaced by a feeling of pity for this genteel woman trapped in a tradition not of her making. With a troubled sigh, he hurried back to the front room, confronting Judith in the doorway. “Jim, what are you going to do?”

“Judith, I don’t know,” he said in a helpless tone, very unlike him.

“Well you better decide quickly. Ben is slipping away from us.

“My hands are tied. If I even pick up an instrument, I’ll be put outside, and what can I do from out there?”

Angry tears sprang to her eyes. “How can they be so blind? Can’t they see he’s dying, and what of Missy and the girls? Jim, we can’t just stand by and do nothing. They’re our friends.”

“I know, honey. I’ll try again to reason with Ben.”

Mr. Carroll was still reading the verse from Ezekiel. His voice held a desperate ring as he saw his son’s lack of response.

Jim bent over the still form on the bed. “Ben, can you hear me? There was no indication he did. Jim’s fingers quickly felt for a pulse. Extremely weak. 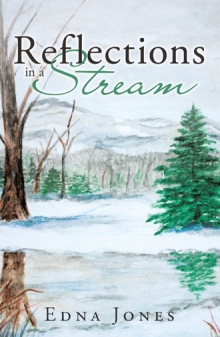 Reflections in a Stream
Edna Jones
$24.95 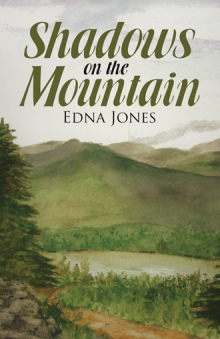 Shadows on the Mountain
Edna Jones
$27.95

Judith Early was a privileged only child of an affluent family. She expected this life of comfort to continue when she became engaged to Dr. Jim Bradley, who was completing his surgical residency in Boston. That dream was shattered when he shared plans to practice in an isolated community of the Blue Ridge, a mountainous area in the southern Appalachians.

Disappointed, Judith questions why Jim would pass up a promising partnership to squander his skills in a backwoods, impoverished community. Deeply hurt, she breaks the engagement, forcing Jim to leave without her in answer to God’s call. Trusting in her power of persuasion, Judith travels to Balsam Ridge to seek Jim, regain his love, and convince him to return to Boston. From the moment she disembarks the locomotive, challenges threaten her resolve. Balsam Ridge is a place where faith and superstition often go hand in hand, where sadness and joy are birthed in equal portion, and the call of an owl portends calamity.

Jim’s desire to bring recent advances in medicine to the mountain people is often impeded by their staunch reliance on home remedies and their view of tragedy as God’s will. However, his greatest threat to success comes through a wealthy, ruthless timberman, who cheats the local people and ravages the beautiful mountains by stripping them of their virgin timber.

Judith’s ultimate challenge comes in the form of a great personal loss; a loss so painful that she questions the love of both God and her husband.

Edna Jones grew up in the Blue Ridge Mountains of western North Carolina. After graduating from high school, she obtained a degree in practical nursing. She now resides in the foothills of the Blue Ridge, where she enjoys church, family, writing, and watercolor painting.