A Life Worth Remembering

The Raw Beginnings of the Women's Suffrage Movement in Texas. 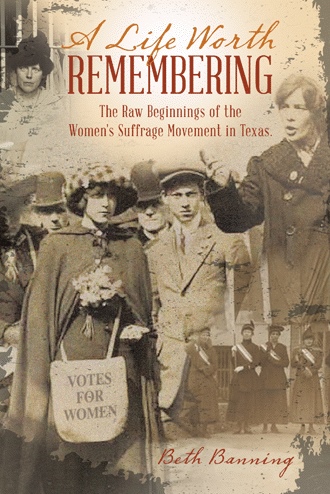 The audience stood up with applause for Governor Clements, who was on his way to a third term. While they were announcing Minnie Fisher Cunningham’s biographer, Billie thought about how different her path ended up. The summer of 1913 was a turning point in her life. She wanted to tell Mama about going to college and express her desire to get involved with Cunningham’s suffrage movement.

That summer, Billie worked hard to get the grades for college. She hadn’t told Mama yet, but she had big plans to go away to Austin to the University. She was sure she could make a difference there. Billie worked hard studying all of those hot summer months, and now Christmas was fast approaching.

“After Christmas,” she thought, “I’ll announce to Mama that I am going away to college.”

She had already waited a year longer than she wanted because of the accident. She just couldn’t leave Mama and the family alone after losing Papa.

In November of 1912, it was a horrible day even though it was a beautiful sunny day in Palestine. Papa decided to hop on the back of the turnip truck and go with the boys back to the store. Horatio Lafayette Cook (better known as H.L.) was one of the best men anyone could have ever met. He was very sociable and well-known in Palestine. In fact, if a stranger came to Palestine, the first directions they were given was to Cook’s General Store. A longstanding member of the First Baptist Church, H.L. had amassed as many patrons as his little establishment could handle. He was a big man full of life and energy, and Billie was just like him – robust in personality and flare.

Cook’s General Store stood directly on Palestine Avenue, which was the main thoroughfare through town. Papa, as the kids called him, boasted the best produce of any store in the city. He personally joined the field hands every day and selected the produce himself. During the Thanksgiving season, only turnips, beets, and collard greens were available, which were a family favorite for the Cook holidays. The Christmas of 1912 was going to be particularly special because J.C. would be coming home on furlough. It had been so long since he had gotten leave. Even though the United States was not involved, Wilson began building an arsenal and the army needed everyone they could keep. The Cooks usually waited until Christmas Eve to put up their tree, but that year, they were going to put it up right after Thanksgiving in celebration of J.C.’s homecoming. They weren’t sure exactly what day he would be in – only the army knew that!

The next day, the family sat around the radio stringing popcorn for the tree and listening for any news from the President about the conflict against Germany. America had stayed isolated as long as possible; but it looked like America would have to join forces soon with Russia. Because the Cooks were able to afford something as pricey as a radio, they became the resident communicators for the neighborhood. They would listen every night for news about the war overseas or the state of the union and then shared all they had heard in the weekly town hall meetings. As President Wilson gave thanks that night for the nation’s great liberty and those who fought to preserve our freedom, Billie couldn’t help but think about J.C. and Weldon. They had joined the minute they knew America was thinking about going after the Kaiser. Her little brothers were facing dangers they couldn’t even comprehend. This war would be the war to end all wars, and nothing could stop democracy then. Billie couldn’t wait to be a part of something that big. Her plan was to approach Mama and Papa about leaving for Austin a few weeks after Christmas. She was sure that it could have very well been her last Christmas at home.

To prepare for J.C.’s homecoming, Papa planned to have a special bird cooked just for his boy’s return with extravagant side dishes of sweet potatoes, turnip greens, and fresh ambrosia salad. For dessert, Mama planned to bake her delicious pecan pie made with the last ration of sugar and pecans picked up from the huge pecan trees that littered the Cooks’ lawn. The girls would work hard kneading fresh bread; and to make it extra special, the house on Sycamore and Carolina Street was decked out like none other. Candles were in the windows, and the manger scene was set on the fireplace mantle.

After finally decorating the tree complete with tinsel and Mama’s beautiful homemade crocheted ornaments, the family fell into bed to get ready for a busy work day on Saturday. The Saturday after Thanksgiving was ALWAYS busy as people began preparations for the holidays. It seemed like Billie had just closed her eyes to sleep when Papa shook her awake at 4:00 am.

Papa needed everyone’s help that day with J.C. and Weldon gone. Billie sat up in bed and rubbed her eyes. She gazed out the window and noticed that the North Star was still shining bright in the dark sky. It was so big and bright Billie couldn’t help but wonder how much bigger the star of Bethlehem must have been.

It was probably huge, she thought.

Billie hopped out of bed and splashed her face with the cold water in the wash bowl. Her feet were freezing as she scrambled to her dresser drawer looking for warm socks. Quickly tying her hair back and running soda over her teeth, she rushed down the stairs, hoping to go with Papa to the fields. Billie loved the fields. They were so vast and full of life. Nothing was more fulfilling than being a part of God’s beautiful earth. Billie loved to work right alongside the field hands and help them bring in the crops. Today would be fun because it was always easier to pick the vegetables in the cold weather as long as her gloves had not given out.

By 9:00 am, the pickers had completed their task, and Papa felt like there were enough turnips and beets to handle the crowds of customers for the day. As they loaded onto the open back vegetable truck, Papa and Billie jumped on the tailgate and clutched the wooden sidebar. The wind was cold on Billie’s face as she hung on to Papa for warmth. Papa had let go of the sidebar to share his coat with her so she could snuggle up when suddenly, the truck hit a deep hole, catapulting Papa off of the truck onto the hard brick street. Billie screamed as she tried to jump off to see if Papa was all right. The field hands grabbed her just in time before the truck came to a screeching halt. They quickly ran to Papa and held him up.

Billie began screaming as she hovered over Papa, trying to wake him. The field hands had to pull her off of his lifeless body as she kicked and screamed. The men quickly unloaded the day’s harvest to make room for Papa. It took two men to gently lift him into the back of the truck and lay him out on a bed of soft hay. They lovingly watched over their faithful employer as the driver drove them straight to the hospital. Billie helplessly sat on her knees turned around in the front seat peering at Papa’s body lying in the bed of the truck. Her tears streaked the backside of the window as she thought of Papa’s grip on her. If he hadn’t been trying to keep her warm, this would not have happened. 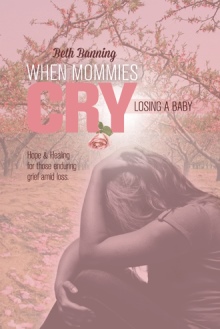 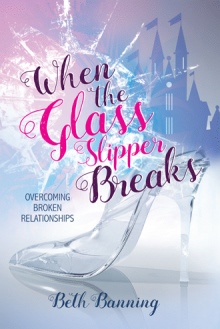 Very little is written about the raw beginnings of the women’s movement, and very few know that its genesis in Texas was driven to help the abused victims of alcohol. It was in that light that Beth Banning’s Aunt Billie came on the scene in 1896. She was known for paving the way for the future; and even though she was never really crowned with notoriety and fame, she made a huge impact in her world. Billie refused to be put in the traditional box where women were so often expected to live during those days. She was intelligent and forthright. She was afraid of nothing, yet fearful of everything. She was a proponent of women’s suffrage and was highly educated, giving her a life that was lonely and obscure. She was courted by prominent legal minds of the twentieth century, and her influence was profound. The love of her life was Stanley, and the heartbreak she carried to her death was his doing. Her life was a tiny speck on the timeline of this world, but a speck that made a difference in Austin politics and Texas womanhood. She was absolutely devoted to family and gave her life to care for her mother, Leah America Cook. What she forfeited for love of family will only be measured in eternity. For what price can be placed on love for family?

“A Life Worth Remembering” is loosely based on Ms. Banning’s aunt’s life, and facts have been woven into a work of historical fiction. May women everywhere catch the fervor that burned within her and challenge the world to change for the better.

For more information go to www.fromtheheartofawoman.com.

Beth lives in Carrollton, Texas with her daughter and grandchildren who are the light of her life. She is very active in her church, Northside Baptist, and has served as Ladies Ministry Leader for over 20 years. In 1985, Beth lost a child, an experience that produced her first book (published in 2014) detailing her journey, When Mommies Cry.