For People in Potholes 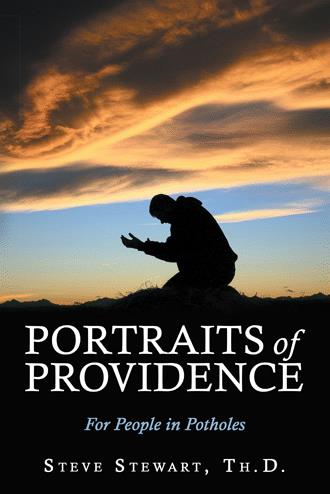 Isn't it amazing how God always has just the right person in just the right place at just the right time? Whenever there is a need, God supplies the resources and the personnel to meet that need. The book of Exodus tells us of a time when the need was overwhelming. The people of Israel had now been in Egypt for almost four hundred years. What started out as a friendly and cordial relationship had deteriorated over the years to the point that the descendants of Jacob were nothing more than slaves. They were performing forced labor, being used to build Pharaoh's cities. God comes to the rescue by raising up a man whom God will use to bring about deliverance for Israel.

Moses is that man. He is born to Amram and Jochebed at the worst time imaginable. Pharaoh had commanded the Israelite midwives to kill all the male infants born to Israelite women. The names of these midwives would lead us to believe that they were very likely Egyptian rather than Israelite. This adds so much insight into the miraculous element of God's providence revealed in this text. The Israelites were multiplying exponentially, and this command to kill all the male infants was Pharaoh's plan to thwart this massive population explosion. The midwives, however, refused to follow through on this wicked edict from Pharaoh, and continued to allow the Israelite children to live.

This is just one of the many powerful displays of God’s providence at work in this historical record of God’s personal participation with the people of Israel. It is amazing to see how He constantly works to bring about His plans. Sometimes His work is open and obvious while at other times it is hidden from view. The people of Israel were probably wondering where God was and what He was up to as they languish in servitude to the Egyptians.

It may be that many of them, perhaps most of them, had long ago forgotten the promises God had made to Abraham. And many of them, even if they could remember, had probably developed a spirit of bitterness toward God as He had seemingly forgotten all about them. Or, maybe they thought that He had simply forsaken them, having changed His mind about the promises He had made.

But God is about to do something that they would never have believed. After all, four hundred years is an extremely long time. Why should they have any confidence in these promises after all that time? Why would any of them hold out hope for God to deliver them, much less give them the land He had promised so long ago?

Can you imagine the despair and hopelessness many, if not most, or perhaps even all of them must have felt? Perhaps a spirit of sheer hopelessness had now become the common way of thinking among the masses. They are laboring day after day, week after week, month after month, and yes, year after year. They are languishing under the cruel hand of the taskmasters who are only interested in meeting their daily quota assignments. They probably could not have cared any less about their health, their welfare, their suffering. Those cruel taskmasters must have just demanded of the Israelites to give what is expected today, and then do it all over again tomorrow.

It was during this time of extreme anguish and suffering that Moses was born. He was providentially protected by God's gracious hand of providence even from birth. The story is nothing short of amazing, even miraculous. The events recorded here are an unbelievable display of how God protects and provides for His own. 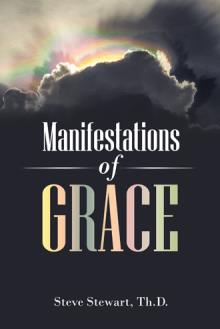 GOD IS GOOD, EVEN WHEN LIFE ISN’T!

Believe it or not, God is right there with you in the middle of it all, and He has a plan to get you through.

Interested in finding out how? Steve Stewart offers insight and encouragement from the pages of Scripture. There is hope and help available - it comes directly from God to us.

Steve Stewart is a college professor, blogger, writer, and former pastor. He has served churches in South Carolina, North Carolina, and Texas. He is presently teaching at Fruitland Baptist College.

Steve’s education includes an A.A. from Fruitland; a B.A. in Biblical Studies from Wingate College; an M.A. and an M.Div. from Criswell College; and a Th.D. from Trinity Theological Seminary.

Steve has led in men’s retreats, revivals, and Bible conferences. He and his wife, Teresa, have conducted marriage retreats for more than twenty-five years.

Steve and Teresa have been married since 1973. They have three children: Bryan (wife, Tammy), Joshua (wife, Amanda), and Charity. They also have six grandchildren: Gaige, Trinity, Jayden, Luke, Levi, and Luna.