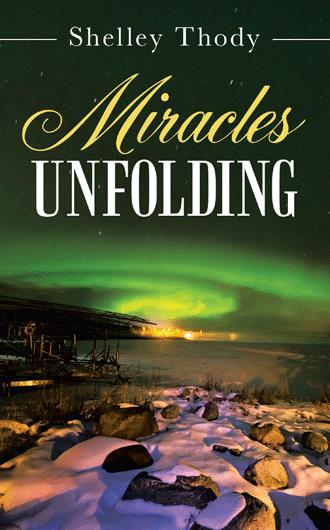 During the time between completing my book and awaiting publishing, I suffered from a difficult depression for over two weeks. In retrospect, I believe it was an attack from Satan who most definitely did not want the book to succeed. I felt very defeated. I was able to go to work through this time, but I couldn’t muster enough energy at home to barely smile or spend much time with my family. There was a constant flow of tears.

My husband was acutely aware of my depression and filled in the gaps where I couldn’t. Dale had also been suffering with the discomfort of scoliosis for over thirty years. He had constant pain in his lower back that became excruciating at times. He said it often felt like a knife being stuck in his back. He rarely ever complained about the pain, but I could always see in his actions and facial expressions when it was bad. Dale found sitting very difficult and could only lay on his back to sleep. To complicate the matter even more, he worked physically demanding jobs all of his life. Dale would take the odd ibuprofen to ease some of the pain, but he was told by doctors there was little he could do for his scoliosis.
One night, closer to the end of my two week depression, Dale was suddenly awakened with an intense burning feeling in his lower back. Very unselfishly, and through the pain, he put his arm around me and said a prayer for me. As he was praying for my depression to be healed, he felt an incredibly hot sensation in his lower back. As the heat dissipated, so did his back pain. He moved around and he couldn’t feel any more pain…at all.
Dale revealed this miraculous event to me a couple of days later when he saw a smile touch my face once again. I couldn’t believe it. I was feeling so much better and Dale had no more pain in his back. How could this be? I already felt confident I knew the answer. This was an amazing gift from God! We were so incredibly blessed and thankful. Quite honestly though, we wondered if it was temporary relief or more permanent. We have realized the answer to this question as time unfolds. Dale said this prayer and he was healed from his pain on January 30, 2012...over eight years now!

The truth is that we live in a turbulent world filled with sin, temptation and lies just waiting to pull us under. Things that initially make us feel they would enhance our lives, often lead to consequences such as losing a job, wife, family, self-worth and dignity. I once lived and participated in this longing for worldly things for a large part of my life. It is exhausting and never rewarding. We can never do enough or have enough to be completely satisfied. It leaves a person feeling hopeless and alone.

There is hope in Jesus. That is the difference. God intended for us to live in His truth, love and light. He is our Creator. When we listen to His calling and He grants us His grace, the storms become glassy, calm waters. The temptations and longing change into satisfaction in an amazing relationship with Jesus. He fills our cups. He is the cure. He is the answer.

In this book, you will read some of God’s amazing miracles that happened 2000 years ago when Jesus lived on the earth and you will also read about miracles that have happened recently. Jesus still lives in those who believe through His Holy Spirit. These miracles have happened over the past few years to my family and to close friends of mine. They are incredible. We are so very grateful, and they need to be shared.

Shelley Thody is married and has three young adult children. She has a step-daughter, son-in-law and four beautiful grand-children who live in Texas. She has taught in the small, northern community of Lac La Biche for twenty-five years. She feels blessed to have been attending the Evangelical Free Church in this community for eighteen years.

Shelley Thody wrote her first book in 2012 based on her tumultuous journey in her early twenties with bipolar disorder, entitled Melancholy, Mania and Miracles. The story is one of hope and healing from God’s love.