What Cessationism Has Done to the Church 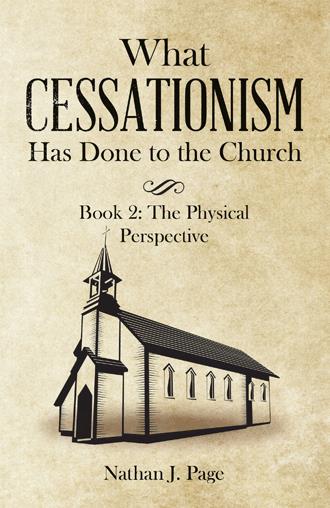 It is seen way too often. As the children of Christian families get older, they leave Christianity. They stop reading their Bibles, they stop praying, they stop coming to church, and they stop living for Jesus. It is a very sad state that so many spiritual leaders have witnessed in their churches. In my church, only 1 out of ten teenagers are interested in and following Jesus and Christianity (from my estimation). Why is this so? I believe that it is because Jesus isn't a reality to them. They don't experience Him. They don't encounter Him.
This places a lot of fault on the church, because their theology has hindered God's supernatural work in the church. If Jesus is going to be encountered anywhere, it's the church. But teens come to church, and they see only natural expressions of religion. God's presence is not felt. God's power is not seen. "Where is God?" is the prevailing question among church-raised teenagers. The number one reason why teenagers abandon Christianity is because they have found no evidence of God in the church or in their lives.
Cessationism is the culprit. Why do I make such a claim? For one, Cessationism rejects many aspects of supernatural experiences. Signs and wonders are what God uses to express His power and presence, and even His love and grace. Take that out, and the Holy Spirit's activity becomes dim.
Another reason I make such a claim is because I noticed that the youth groups in Charismatic churches are more passionate for God than those in Cessationist churches. In Charismatic churches,
the majority of teens are enthusiastic followers of Jesus and Christianity; but in most Cessationist churches, the majority of teens aren't enthusiastic followers of the Jesus and Christianity.
Many of these teens view the Church as hypocritical. As a matter of fact, hypocrisy in the Church is one of the top reasons, if not the top reason, that teens and other people abandon their faith. How can Cessationist churches be accused of hypocrisy? Easy! They teach about how God did the supernatural in the Bible and supernaturally
interacted with His people, but all that is not being witnessed today.
When we take out the Holy Spirit's supernatural work in the Church, we lose His supernatural touch in people's lives. The power of the Holy Spirit overwhelms people. It convicts people. It transforms people. It motivates people. Yet, Cessationists put an obstacle in the way for that potential to take its course.
It's sad to witness the next generations turning their back on truth and Christianity, but I don't blame them. It's a supernatural relationship with God that brings satisfaction and fulfillment in life,
but Cessationism compacts it into merely a religious practice. The ensuing generations need to come face to face with Jesus. They need to encounter Him and experience Him.

“What Cessationism Has Done to the Church” is a simple, clear, and comparatively concise book on the doctrine of Cessationism, which holds to the concept that certain gifts of the Spirit (such as tongues and healing) are not for today. It focuses on the outward and behind-the-scene problems that are caused by the doctrine. The author knows what he’s talking about since he has been immersed in it. Book 2 of 3.

Nathan J. Page is a passionate evangelist whose goal is to draw people, including himself, into a deeper relationship with God. As an evangelist, he wants to see the Church operate in the effective way God intended. He does not have any sophisticated theological education, except through the Scriptures and various shepherds in his life, and believes that each individual can know the truth through the study of God’s Word and can minister effectively through the power of the Holy Spirit.