Why Cessationism Can’t Be True 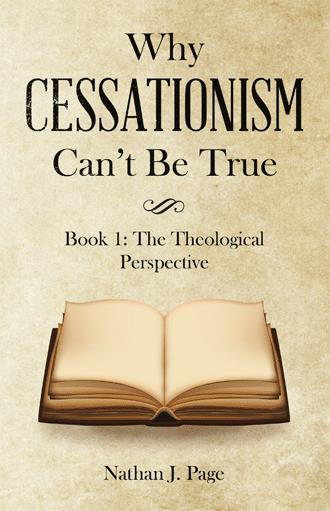 19.
It Makes a Difference

Does it really matter what we believe regarding the gifts of the Spirit? There are doctrines that really are not that important. 1 Timothy 1:4 says, "Neither give heed to fables and endless
genealogies, which minister questions, rather than godly edifying which is in faith." 2 Timothy 2:23 says, "But foolish and unlearned questions avoid, knowing that they do gender strifes." Titus 3:9 says, "But avoid foolish questions, and genealogies, and
contentions, and strivings about the law; for they are unprofitable and vain." Is the subject of Cessationism an unnecessary debate? Not at all! Much attention should be put to this matter. It makes a huge difference.
The first reason is because God commands these gifts to be used. If you believe you don't have to follow those commands anymore, you must have good reason to believe that. If Cessationism is not true, what would you say to God when He judges your obedience? You have no explicit Scripture as a defense. What you believe about the gifts is a matter of obedience and disobedience. Isn't it preferred that you obey God, unless God clearly nullifies the command?
The second reason is because it has to do with what the Holy Spirit does and does not do. Who are you to determine what the Spirit does not do anymore? Did God tell you that some of the gifts are not being given anymore? No. You have come up with that idea on your own accord. The Holy Spirit can do what He wants. "But all these worketh that one and the selfsame Spirit, dividing to every man severally as he will" (1 Corinthians 12:11).
It appears as though Cessationists are stepping into the shoes of the Pharisees, who accused Jesus of performing miracles through the power of demons. Cessationists accuse Charismatics of performing miracles through the power of demons. Isn't that a risky move? This is a serious accusation.
Matthew 12:22-32 records, "Then was brought unto him one possessed with a devil, blind, and dumb: and he healed him, insomuch that the blind and dumb both spake and saw. And all the people were amazed, and said, Is not this the son of David? But when the Pharisees heard it, they said, This fellow doth not cast out devils, but by Beelzebub the prince of the devils.
"And Jesus knew their thoughts, and said unto them, 'Every kingdom divided against itself is brought to desolation; and every city or house divided against itself shall not stand: And if Satan
cast out Satan, he is divided against himself; how shall then his kingdom stand? And if I by Beelzebub cast out devils, by whom do your children cast them out? therefore they shall be your
judges.
"But if I cast out devils by the Spirit of God, then the kingdom of God is come unto you. Or else how can one enter into a strong man's house, and spoil his goods, except he first bind the strong man? and
then he will spoil his house. He that is not with me is against me; and he that gathereth not with me scattereth abroad. Wherefore I say unto you, All manner of sin and blasphemy shall be forgiven unto men: but the blasphemy against the Holy Ghost shall not be forgiven unto men. And whosoever speaketh a word against the Son of man, it shall be forgiven him: but whosoever speaketh against the Holy Ghost, it shall not be forgiven him, neither in this world, neither in the world to come.'"
It is dangerous to claim that the works performed by Charismatics are not doing it by the Spirit, but by demons. How are they so certain? They are relying on speculation and questionable handling of
Scriptures. They are walking on shaky and hazardous ground.
The third reason is that it deals with the Church itself. Remember the unity and cooperation of the gifts explained in 1 Corinthians 12. What you believe regarding the gifts makes a big difference in
Church life. This matter affects the Church directly. It determines the effectiveness of the Church and the liveliness of the Church. You are missing out if, in fact, Cessationism is not true.
I am not just rambling on and on about some stupid and pointless debate. This is a serious matter. Cessationism is a dangerous disease that cripples the Church. The truth in this matter makes a huge difference that significantly affects the Church. I will talk more about that in the next book, titled "What Cessationism has Done to the
Church."

“Why Cessationism Can’t Be True” is a simple, clear, and comparatively concise book on the doctrine of Cessationism, which holds to the concept that certain gifts of the Spirit (such as tongues and healing) are not for today. This book exposes the faultiness of this view and reveals what the Scriptures actually say on the issue. It seeks to prove, from one who had been a Cessationist, that Cessationism is neither Biblical nor logical. Book 1 of 3.

Nathan J. Page is a passionate evangelist whose goal is to draw people, including himself, into a deeper relationship with God. As an evangelist, he wants to see the Church operate in the effective way God intended. He does not have any sophisticated theological education, except through the Scriptures and various shepherds in his life, and believes that each individual can know the truth through the study of God’s Word and can minister effectively through the power of the Holy Spirit.