The True, Encouraging & Hilarious Tales of an American English Teacher in Southeast Asia 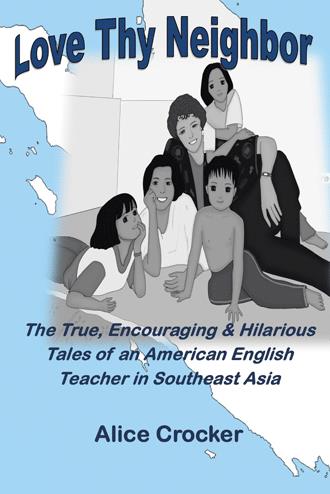 When Lisa and I first moved into our neighborhood, we struggled with how two single American women could live in a Muslim community without people expecting us to open a brothel. A friend from the Education Department recommended that we find an adopted father figure, a respected Muslim man who would be viewed as responsible for us and who could vouch for our character. We didn't have to look far to find a suitable candidate for the role. Our next door neighbors had in their employ a Javanese man in his late fifties named Pak Tarkim.

The father of twelve, Pak Tarkim was a diligent worker and capable gardener, so he came to work for, and watch over, Lisa and me. As part of his program to see that we adapted well to our new culture, Pak Tarkim constantly introduced new vocabulary to us. He also peppered us with questions about English words, so our house was an informal language learning environment for all three of us. Lisa and I soon realized that it was entirely possible that Pak Tarkim would learn English faster than we would learn Indonesian.

Two months after renting our house, our boss gave us permission to have a western potty put into the bigger bathroom. The owner agreed to put in clean new tile and a sink, too! The works! This renovation took several days, so I hung around the house in case the workers needed anything Pak Tarkim couldn’t get for them. I had had several brief conversations with the lead worker when he asked me if I had a certain item. I didn’t recognize the word, so he described what it was.

“Ah, of course! That’s a ___,” I said, using the vocabulary word for that item that Pak Tarkim had taught me. “Yes, let me get it.” I was sure the young man would be impressed that I had such a handle on his country’s vocabulary since I knew the correct word for an item when, evidently, he only knew the slang term for it. In the kitchen, I secured the desired item, and presented it to him with a satisfied look on my face.

“Here’s your tool, _____.” I was sure to pronounce the word carefully so he could remember to ask for it properly on future job sites.

The young man hesitated a moment, then said,

“No,” I rebutted, “he (and I gestured to Pak Tarkim, who was busily weeding the garden across the yard) told me it was _____,” and I repeated my masterly vocabulary.

“Ma’am,” the worker said with a pained look on his face, sorry to burst my bubble, “he only says it that way because he’s missing his front teeth.”

Lessons for the Traveler: (1) Best to imitate the language of tutors who have a full set of teeth and no speech impediments.

(2) Learning, or at least checking, vocabulary from several 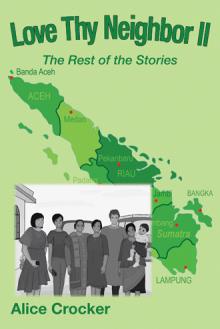 “They’re mostly Muslims--they’ll hate you!” was the dire warning given to the author before she embarked upon the adventure that would change her life. Time disproved that and many other negative predictions.

In this world of “East versus West” or “Christian versus Muslim” mentalities, the real-life experiences of ESL teacher Alice Crocker disprove much of what many people expect when they become full time residents in a country, culture, or even religious environment that is not their own. With endearing, earthy wit, infinite delight in her experiences--even the embarrassing ones--and most of all deep, abiding love and respect, Alice’s true stories prove that friendship knows no bounds and that being a fish out of water can be the most humbling, instructional, and meaningful experience of all.

Be encouraged to fully entrust your life to God, because a joyous adventure awaits, and open your heart to people who are “foreign” as individuals, not stereotypes. Because in the scope of creation and journeying through this temporary world with all its joys and promise, struggle and uncertainty, Alice and her beloved Indonesian friends, students and colleagues prove that we are all in this together.

Over the course of 22 years, Alice Crocker taught English as a Second Language from the northern tip to the southern tip of Sumatra, Indonesia. She now resides in the mountains of North Carolina with her beloved mother, Betty Crocker.