The Rest of the Stories 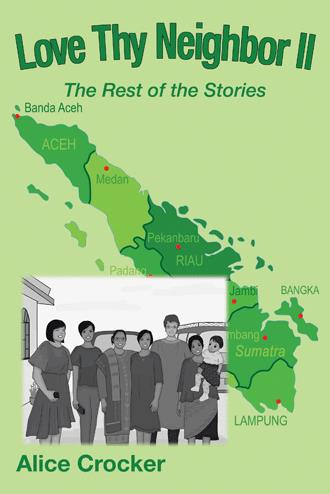 The Limitations of a Human Calculator

I had never fancied myself a genius until I found myself helping my friend Ita’s fifth grader practice her multiplication tables. As any new language learner knows, mastering numbers is a top priority because it opens the way for shopping and negotiating fares on public transportation. So, though my language skills were minimal, I could recite those multiplication tables coming and going, much to the amazement of the neighborhood children. In just one afternoon, I gained the reputation as a human calculator (not bad for maxing out at 12 X 12), and drew a considerable crowd of easily-astonished children.

“Four times five,” one would yell out, with all eyes glued on the big white lady.

“Twenty,” I’d answer with a smile, so thankful I’d taken the time to memorize how to say numbers up to one million.

“Eight times eight,” called one from the back.

“Sixty-four,” I answered, thrilled to find such uncharacteristic connection with children.

“Wow, so fast,” came the murmur from the impressed boys and girls, scrunched together all around the room, all of us sitting on the floor. Some kids were stacked in the doorway and peeping through the window to take in this fantastic sight.

“Seven times eight,” fired away another from the pack, winning approval from the others for having asked such a hard one.

“Fifty-six,” I grinned. I felt like a math scholar for the first time in my life, eager to banish the memories of weeping openly over calculus in college. This show continued for quite some time with Ita’s younger daughter, Winda, watching silently from the other room. Winda was only in second grade and didn’t know if my answers were correct or not, but she knew enough to be intrigued by the idea of easy access to a ready-made tutor. She undoubtedly had visions of an elevated class ranking dancing in her head.

As the afternoon dragged on and the kids had to go home to take their baths and head to afternoon religious classes, Winda sided up to me and asked, “Bi, can you help me with my homework?” Ita had taught her children to call me “Bi,” (pronounced Bee) short for Bibi, meaning aunt or helper, given the context. It would be most impolite for children to call an adult by his or her first name, so before I knew it, everyone in the neighborhood referred to me as “Bi.” This was a fine solution for those having difficulty pronouncing my real name (i.e. everyone).

Knowing Winda was but a second grader, and still on the ego-rush of being proclaimed a genius, I thought, How hard could it be? “Sure! Let’s see it,” I said, smiling broadly. When Winda returned with her book, I was a bit dismayed to see that it was her reading book. I tried to hide my concern, but I could feel my teeth nervously chewing on my lips, knowing that my language was as yet limited to numbers, my address, my occupation, and a lame excuse for being single at my advanced age. Oh, and I could ask for and tell the time. I gathered my courage and sat beside Winda on the floor, “Let’s see…what’s the problem?” I asked, feigning confidence.

“This one,” Winda said, as she pointed to a sentence in her book. The words were short. The sentences were short. And there were even pictures. But I couldn’t make heads or tails of that fool sentence.

“Um…what’s this word?” I asked, pointing to the word I thought might unlock the mystery of the sentence’s meaning. “Do you have a dictionary? That would help us.”

Winda looked up at me with such surprise and disappointment in her face. “That’s HOUSE, Bi,” she stated, thoroughly disgusted. Without waiting for any further response from me, Winda picked up the book and stomped into the kitchen, where I heard her exasperated complaint to her mother, “Mom, how can Bibi be a teacher when she can’t even read?!”

Ita, perhaps feeling that Winda’s comment was disrespectful, whispered her explanation in words that I’m sure I wouldn’t have understood even if I’d heard them. But I felt sorry for Winda that night. She had every reason to be disillusioned. What good was a human calculator if she couldn’t read? I learned a lesson that night about offering to help with homework, though I came to cloak it in the convenient excuse, “How will you learn if I do it for you?” Others considered that a sage teacher’s response, but Winda and I knew the humbling truth.

Lessons for the Traveler:

(1) Appreciate small victories, but don’t let them go to your head.

(2) Reconcile yourself to the humbling truth that, for at least the first year or two, and perhaps for the duration of your stay, elementary school students’ language skills will be better than yours.

(3) Learning the numbers first is a must, even if you're never proclaimed a genius for it. 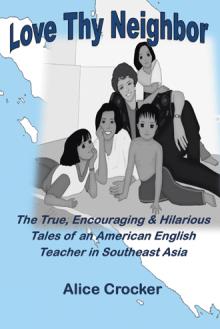 Love Thy Neighbor II, the sequel to Love Thy Neighbor, will lead you to fall in love with people the media has told you are enemies. The stories show the delight of not taking oneself too seriously, and how that frees friends from your host country to laugh with you, and thus bond your hearts forever.

“They’re mostly Muslims—they’ll hate you!” was the dire warning given to the author before she embarked upon the adventure that would change her life. Time disproved that and many other negative predictions.

In this world of “East versus West” or “Christian versus Muslim” mentalities, the real-life experiences of ESL (English as a Second Language) teacher Alice Crocker disprove much of what many people expect when they become full time residents in a country, culture, or even religious environment that is not their own. With endearing, earthy wit, infinite delight in her experiences—even the embarrassing ones—and most of all deep, abiding love and respect, Alice’s true stories prove that friendship knows no bounds and that of being a fish out of water can be the most humbling, instructional, and meaningful experience of all.

Be encouraged to fully entrust your life to God, because a joyous adventure awaits, and open your heart to people who are “foreign” as individuals, not stereotypes. Because in the scope of creation and journeying through this temporary world with all its joy and promise, struggle and uncertainty, Alice and her beloved Indonesian friends, students and colleagues, prove that we are all in this together.

Over the course of 22 years, Alice Crocker taught English as a Second Language from the northern end to the southern end of Sumatra, Indonesia. She currently resides in the mountains of North Carolina with her beloved mother, Betty Crocker.