Don't Cry For Me Emma 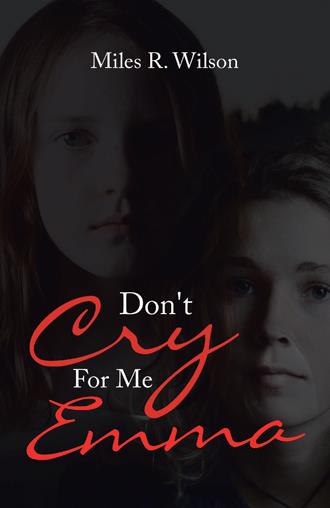 The situation on the fourth floor had settled down; for the moment, anyway. Lukas Meszaros still had a hold of a terrified Amber Clark, but it was apparent that he was becoming too drowsy to maintain it much longer. Officer Morales reckoned that a combination of alcohol and possibly prescription drugs had accounted for his inertness. Lukas’ deteriorating condition would certainly work in their favor this evening.

Morales’ strategy was to allow him to loosen his grip a little more on the frightened nurse, and then quickly grab him. The officer was keenly aware that any move of that nature would have to be executed with absolute precision. There would be positively no margin of error.

As the six officers kept their weapons trained on Lukas, he seemed to be fading quite quickly. He had almost totally loosened his grip on Amber, and in turn, she was feeling slightly more relaxed.

Alberto Morales motioned to Amber to just hold on for a few more minutes. He used hand signals to caution her not to try to make a break yet. She seemed to understand him and tried to relax a little.

Meszaros’ eyelids were becoming heavy as he occasionally shook his head in an attempt to stay alert. His Smith and Wesson had been steadily dropping for the last few minutes. It was now almost pointing at the floor.

Morales sensed that it was just about time. He again used hand signals to convey his plan of action to Amber and the other officers.

Officer Morales inched his way a little closer to the gunman. He was now within about two meters of him. As Lukas’ head seemed to be bobbing with more regularity, Morales signaled to the other officers to be ready.

Another three minutes passed, which seemed like three hours for Amber. Morales slowly edged up another half meter closer to Lukas, constantly evaluating Lukas’ state. He was pleased that there was no reaction from the gunman. Morales gingerly raised his left hand and, with his fingers, signaled three-two-one!

Gabriella is ten years old and has a terminal illness. She crosses paths with Emma in the hospital after Emma's accident. Gabriella must cope with her illness and her out of control uncle, while trying to befriend an emotionally hurting teenager.

A story of tragedy, love and faith. Two young lives intersect in a very unexpected way, with life-changing results. A teenager's struggle with life's challenges and a young girl's undying faith.

Miles R. Wilson has authored nine full-length stage plays. He has produced and directed them for DramaTruth Christian Theatre Co. which he founded in 2013. “Don’t Cry For Me Emma” is his first novel. It was written with the same purpose in mind as his plays--to bring the message and hope of salvation to a hurting world. He and his wife, Linda have two grown children and live in Cornwall, Ontario, Canada. You can contact him at mrwilson6060@gmail.com.