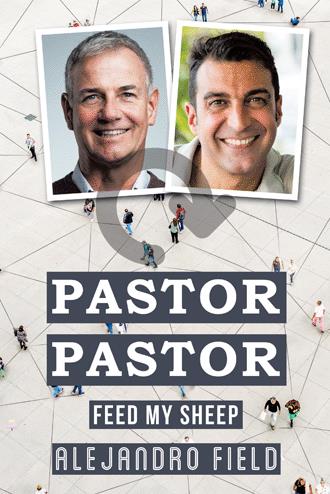 “Hallelujah!”
“Praise the Lord!”
“Tell the person next to you, ‘God loves you!’”
“Louder!”
“A hand for the Lord! Hallelujah!”
Pedro knew the routine too well. That intoxicating back and forth from the stage to the audience. Since that youth congress in Mendoza, barely eighteen years old, and for the last fifteen years in charge of his church. How he had touched the sky with his hands when he first got on the platform! And how he had felt so palpably the power of being in front of so many people who obeyed him blindly, seeking, almost wishing that he would tell them what to do at every moment. That feeling was embedded in his memory, like the indelible smells of some places and moments, and it was still as real today as that night in February 1972, as warm as tonight.
He also remembered how an inner voice, an almost imperceptible red light, had warned him that this power would be bad for him. Like wine for the alcoholic, it would be something he couldn’t control. But he had ignored it, a little because of the importance of the event and a lot because of that sense of duty he had carried since he was a boy. “Challenges and problems are meant to be overcome, Pedrito, not avoided,” his father had told him hundreds of times, in that intimidating six-feet-high voice. To refuse the challenge, to get off that platform that night, would have been to dodge the problem, to quit. He didn’t. He wondered at that moment if the young man in charge of shouting the slogans tonight had gone through the same process.
He looked to his right, from whence an unfamiliar face was shouting at him at the top of his voice, “God loves you, brother!” He mechanically answered something neutral that could have meant anything. Still, it didn’t matter because no one listened amid the shouting and the hackneyed phrases that everyone knew by heart and repeated without thinking.
Ah, the routine. Doing the same thing over and over again. On one side of the pulpit and on the other. Up and down the platform, like dance couples. If only he had reflected, if only he had stopped the ball in time, of his own free will, before being forced to do so. He had had at least two clear opportunities, and he had ignored them both: the incident with Sara and the scene in front of the crowd. The memory of both situations still hurt. How much time and how much bitterness could have been saved. And now, the third warning: the mysterious man with intense blue eyes who appeared and disappeared out of nowhere saying strangely significant words. As he looked for a handkerchief to wipe his forehead, a used sugar packet fell from his pocket. He picked it up from the floor and remembered why he had kept it. It was from the coffee he had drunk the night before with Virginia. It said, “Life always gives you a second chance, but rarely a third.” Could God speak to him through a sugar packet?
Someone tapped him on the shoulder from behind, and suddenly he found himself lifted from his seat and hugged to the point of suffocation by a gigantic, sweaty man he had never seen in his life. As he tried to break free in the best possible way without offending this effusive brother, he felt that this hug symbolized the oppression of that point in his life, but also an excruciating need for affection and contention.
At that moment he felt as if everything around him was talking directly to him about his own life and needs. The sugar packet. The embrace of the stranger. The strident lights and music that fell on the audience from the multicolored stage spoke to him of the life of appearances he had sought and achieved, a show put on for others. The neat rows of chairs facing the stage mimicked the type of church and the relationship between pastor and congregation—and perhaps even the relationship with his family and friends—that he had managed to build: orderly, predictable, one-way, top to bottom, with him always in control.
In the front and above, a group of young people, microphones in hand, sang the songs while moving back and forth, too sensually for the place. Pedro had once wondered if this wasn't another mechanism borrowed from the secular world to maintain the interest of the audience. The lad, having finished his part of the show, had left his place to another slightly older and better-dressed young man, Pastor Carlos, who lashed out with renewed enthusiasm. He seemed happy to receive a primed audience.
“How many want to be happy tonight?” Lots of hands were raised. “How many are sad tonight?” No hands. “Tell the person next to you, with a huge smile, ‘You can't be sad tonight because the Lord is here.’” Huge commotion. “Now say it to the brother or sister in front of you.” With a hint of a smile and shaking his head, Pedro thought, How could no one have realized the logical impossibility of this maneuver? How can I talk to the one in front of me if he in turn is talking to the one in front of him? But he knew it didn't matter much. The point was to keep people moving, always telling them what to do and say. Standing, sitting, greeting, singing, repeating, giving... A kind of church gymnastics to spare them the work and the danger of thinking. The obsession with noise and joy reminded him bitterly of the time he had used a similar routine to lift people's spirits and later learned that there was a man in the audience who had just lost his wife. He never saw him in church again. He hardly would have gone to another one, he thought 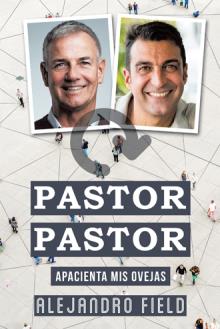 The book follows the lives of two pastors, Pedro Terrero and Juan Cristante, over a period of twenty-five years, starting from their shared time in the Seminary. As they seek to serve as pastors, they show attitudes that lead them along quite different paths. The third protagonist in these eventful stories are the people they engage with, the people they lead and especially those who find themselves outside the institutional church through mistakes or mistreatment of leaders. Although none of the characters or events are taken as such from the real world, anybody who has spent some time in this unique world of evangelicals will resonate with them. But they will also be useful to analyze the world outside since much of what happens is related to our common humanness.

The author draws from his lifelong experience in the evangelical world in Argentina to analyze its rich variety of characters and relationships. His aim in writing this novel is to help provide answers to many of the issues that need to be addressed in order to have a healthier body and be a more positive influence in society. His perspective as a grassroots member of different churches is especially sensitive to the divide between leaders/institutions and followers/members in churches where there is much to be done in a collaborative way to reduce the number of disenchanted leavers and recover them fully for the Kingdom.