Twenty Things to Do After You Die 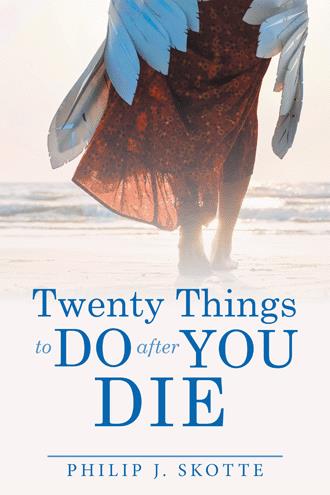 There are six rooms in Rome’s Capuchin Crypt, decorated with the bones of 4,000 departed monks. There are signs in several languages that say, “As you are, we once were. As we are, you will become.” The crypt is a strange and powerful reminder of our mortality. We are all, one hundred percent of us, going to die.
There are just six rooms.
This book is the seventh room, about what comes after.
It is for us who preserve our youth at all costs, who fear that the sunset is permanent and dread the onrushing darkness.
The seventh room is for us who must gain the whole world before we are gone; for the stressed and unhealthy, misusing the earth and filling it with our refuse.
For us who, without belief in resurrection, cannot become saints or martyrs.
For us madly doing a thousand things before we die.
In the seventh room we can lose our life, to gain it back in the next world. We can live more simply, consume less, work in slums, generously donate time and money—even die on a cross.
This book is a promise to you, with stories about your future
and the things you will do,
after you die.
This is the seventh room.

Victor Caglioti was one of the city’s finest captains and his boat showed it: polished brass, neatly coiled lines, varnished teak. She gleamed proudly, bobbing with confidence and anticipation in the swells. For the work she did, Vic’s launch need not have been so beautiful nor so well maintained. But she and Vic had found each other years before and worked seamlessly, almost as one being. Vic loved his boat and his work.

Vic and his launch ferried refugees to safety from the western shore. Some voyages left his boat bloodied and scarred, smelling of ashes, bone and terror. The trip was not long, but each was significant. The passengers, in every state imaginable, were always relieved to see Vic and his launch. They clambered aboard with haste, helping the weaker ones to clear the gunwales, carrying the little ones and sometimes the dead.

After taking refugees aboard, Vic turned for home. He stood at the wheel, listening to the sounds on his deck—sounds of rescue, healing, repair, relief. Sometimes he turned to see one bent over another whispering comfort, tears falling, eyes searching.

When Vic saw the city or its nightlights, he steered for the opening in the breakwater. Past the breakwater, he threaded between buoys to the city dock. There he helped his passengers ashore into the arms of those waiting. He smiled to watch the recognitions and reunions, the loved ones falling into each other, wailing relief and joy.

As the dock cleared and the refugees moved further into the city, Vic motored gently to his quay where he washed the boat down, restocked the locker with emergency rations and checked the lines before climbing ashore.

Across the water, Vic could see the orange glow of sunset and fire. The west always smelled of smoke and trouble. He saw boats headed west, empty, high in the water, ready for passengers. Other boats returned from the western gloom, low in the water, packed with refugees.

He turned his back to the sea and looked up at the city rising from the shore. Buildings, a jumble of warm pastels, climbed the slopes from the beach like a living thing, stopping here and there out of respect for granite cliffs, flowing like a stream into ravines and canyons. By night, lights burned in the windows. By day, the city bustled with purpose.

The city welcomed refugees, restoring them and, when they were ready, providing for their onward journey. Every day, caravans moved out into the mountains and beyond, filled with eager immigrants and boundless anticipation. But many others, like Vic, stayed back for decades or longer because they loved the work of rescue, welcome and restoration.

Vic had been born a cripple, although his parents did not at first know it. When other babies started to crawl, Vic’s limbs remained inert and passive. At the age his siblings had walked, Vic lay prone. He had been born with a rare defect that rendered his body below the neck unresponsive to his wishes. He became a keen observer of the activities of others, but never a participant in them—never a ball player, a walker, a swimmer, not even one who could wash or feed himself—not for his entire lifetime.

For the vast majority of humans with functional limbs, the realm of dreams and wishes is endless. Vic’s list was short: When a person asked him, “What do you want me to do for you?”, his answer was, “I want to walk.” By his middle thirties, it was clear that Vic would not reach old age. Colds and fevers that others shrugged off filled his lungs with fluid and shortened his breath. When his breathing stopped and the boat came for him, the first mate carried him aboard, a frail bundle weighing barely one hundred pounds.

The boat, its prow to the beach, took on two more passengers and then nosed away from the shore. As it turned, Vic felt, for the first time, a tingling where his toes ended. The tingling spread up his legs and over his torso. By the time they reached the other side, Vic was standing for the first time. He walked unsteadily forward, as the boat rolled in the swells. Reaching the prow, he stood, feeling the power of his legs, the large muscles supporting his weight and the smaller stabilizing muscles maintaining his balance. He licked salt spray from his lips and gripped the rail with strong hands. The captain handed him a coil of line and told him to throw it to the deckhand on the quayside.

After throwing his line to the deckhand and helping his fellow passengers disembark, Vic jumped lightly ashore.

He was finally home. 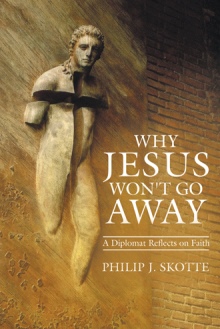 What happens after we die? Do we disappear? Sit on a cloud? In Twenty Things To Do After You Die, Phil Skotte paints pictures that make you want to cross over, to experience life where the best is always yet to be. Controversial and hard hitting, this book will change you, your view of death and the life hereafter. This present life is mere appetizer. The real feast, with the best flavors, begins after we die.

Philip J. Skotte has served as a U.S. diplomat in Europe and Asia for over twenty seven years. Before joining the Foreign Service, he worked as a school teacher, ship’s carpenter and commercial fisherman. When he retires, he plans to do more of what he already loves to do in his spare time - hike, bicycle and volunteer in the community. He is married to Maribeth and they have three daughters.