Why Jesus Won't Go Away

A Diplomat Reflects on Faith 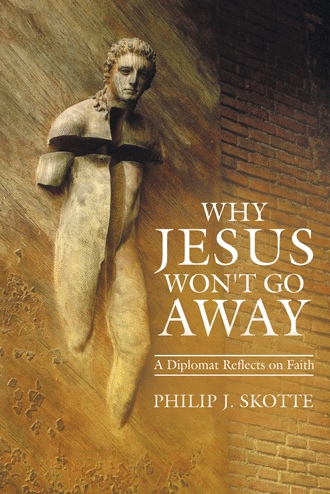 As of 2014, Christianity remains the most universal and widespread movement, religious or secular, in the history of the human race. Christians are everywhere, even in places where you would not expect and where they did not exist fifty years ago. More people convert to Christianity each year than to all other religions combined, and this phenomenon is accelerating. As a diplomat serving abroad for the past twenty years, I have witnessed this first hand. The spread of Christianity is hugely important religiously, but it is also significant politically, educationally, diplomatically, socially and economically since religious affiliation affects all other spheres. No understanding of the modern world is complete which fails to include religion and religious trends. The growth of Christianity in new places is one of the most important religious trends and deserves to be better understood. 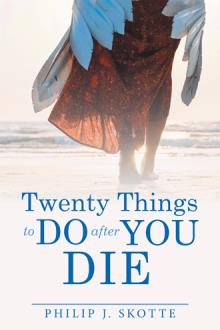 Twenty Things to Do After You Die
Philip J. Skotte
$11.95

How many times have you read a book by a seasoned diplomat in the United States Foreign Service examining the universal drawing power of Jesus? With the advantage of a solid theological education and the privilege of living among communities of people world-wide with vastly different perspectives, Phil Skotte here presents richly woven insights into his studied conviction that we are all hard wired for Jesus: that Jesus is not going away. This book is a gem. Read it! Samuel Hugh Moffett Emeritus Professor of Ecumenics and Mission Princeton Theological Seminary Princeton, New Jersey

It has often been said that humans are hard-wired for belief in God and for religion. In Why Jesus Won’t Go Away, Philip Skotte suggests that we are also hard-wired for Jesus Christ. Faith in Jesus is the most globally widespread movement in human history, and it is growing more rapidly than ever before, even in remote and unexpected places. Why Jesus takes us on a world tour to discover the surprising sources of Jesus’ attraction and explores the powerful impact of his attraction on the human race. Written by a seasoned diplomat, Why Jesus Won’t Go Away may change your calculations about humanity’s religious future. It may also change your mind about Jesus.

Philip Skotte has served as a US diplomat in Manila, the Vatican, Hong Kong, Budapest, Moscow, and Washington. Prior to his diplomatic service, he worked as a teacher, ship’s carpenter, and commercial fisherman. He has master’s degrees from Princeton Theological Seminary and from the National Defense University. He is married to Maribeth, and they have three daughters.