Christian Unity — The Next Step

'That They May All Be One' 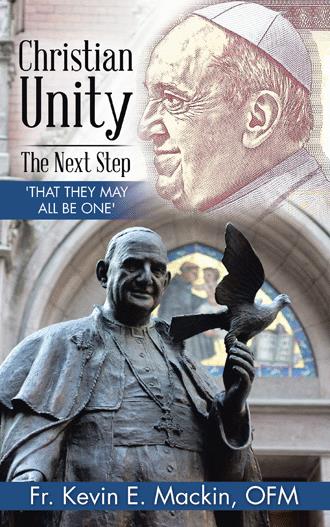 Reforms ensure that the Church is a credible witness to the Gospel and advances the prayer of Jesus “that they may all be one.”
As Pope John Paul II urged in his 1995 encyclical Ut Unum Sint, the search for unity must pervade the whole life of the Church. Ut Unum Sint calls for a discussion by all Christians about how best exercise the papacy. It holds up the synodal model and emphasizes that the pope is a member of the college of bishops and that primacy should be exercised collegially without compromising the primacy of the pope.
Pope Francis, in consultation with his Council of Cardinals, is circulating among bishops, selected academics and curia heads a draft of a new apostolic constitution tentatively titled Praedicate Evangelium (Preach the Gospel). It's primarily about the reform of the Roman curia, the central government of the Church and would succeed Pope John Paul II's Pastor Bonus.
The draft (not promulgated as of April 2020) emphasizes the Church's mission to evangelize and its charitable works, synodality, more lay people in roles of leadership and responsibility and a healthy decentralization without compromising the unity of the Church. “In accordance with the Second Vatican Council, because of this service to the Petrine ministry, the curia is also at the service of the bishops, of the episcopal conferences, of their regional and continental associations, of the particular Churches and of the other ecclesial communities,” the draft states. But what precisely will be the contents of this new apostolic constitution, remains to be seen.
In sum, for true reform, the Church's structures continually must be critiqued constructively and boldly in light of its primary mission to evangelize. St. Paul, for example, made constructive criticism to St. Peter about whether Jewish practices had to be observed by gentile Christians. It was similar to the criticisms of many saints to religious authorities of their times.

The new constitution, to begin this new decade, hopefully will imbed more clearly and more transparently and more representatively collegiality/synodality in the structures of the Church so that there is an open exchange of ideas relative to the challenges the Church confronts. Of course, we recognize that bishops are to sanctify, teach and govern in real ways, yet they are not equal to the pope whose governance is decisive, even as he delegates. The pope reserves the responsibility to make final decisions or judge extraordinary cases. The pope recognizes the principle of subsidiarity—the higher authority should act only when the ordinary shows itself incapable of fulfilling its mission—but may in extraordinary circumstances intervene for the good of the universal Church.
Pope Francis, for example, convened synods to explore important topics that require a “speedy solution” and need immediate attention for the good of the entire Church. The two Synods on the Family, in 2014 and 2015, attempted to identify the current status of the family and its challenges; and then formulate pastoral guidelines to respond to these challenges. The 2016 post-synodal exhortation Amoris Laetitia (The Joy of Love) covered a wide range of topics related to marriage and family life as well as their contemporary challenges. It encouraged clergy especially to accompany and care for families and others in situations of particular need. However, controversy arose regarding whether Chapter 8 of the exhortation changed the Church’s sacramental discipline concerning access to the sacraments of Reconciliation and the Eucharist for divorced couples who have civilly married. The Amazon synod in October 2019 discussed new paths for evangelization in the Pan-Amazon region. Particular attention was paid to indigenous people and the rain forest crisis. Pope Francis’ exhortation “Querida Amazonia” – “Beloved Amazon” – complemented rather than superceded the synod’s own final document. The pope’s exhortation is an invitation to seek justice and solidarity. The point is that the Church has to be open to a wide exchange of ideas about evangelization, especially in synods, in order to fulfill its mission.

Laymen and laywomen in church structures

A major reform would be to include in the dicasteries and nunciatures, for example, a representative international membership of clergy, religious and laymen and laywomen. There appears to be no theological reason why a layman or laywoman can't serve as a cardinal or head a congregation or nunciature. These governing structures should have memberships that reflect their constituencies. Local governance -- diocesan curias and local parishes – likewise should reflect their constituencies.
Notably, L’Osservatore Romano began this decade with a special supplement on women’s roles in the Church. Conversations around the theme logically clarify that women want not simply for men to speak to them, about them and for them, but to listen.
A reform which is apparently not in the early draft would be a more detailed and more transparent process for choosing bishops of dioceses. While there are many ways of doing this world-wide, bishops generally should be chosen from the diocese in which they are incardinated: where the People of God know their shepherds, and vice versa. The process of choosing a bishop should, to a large extent, include clergy and laity. Many times in the Roman rite, the process seems opaque and the criteria vague. If the unspoken criterion is “who do you know,” and the criterion is hierarchy, the result may be a bishop who doesn't know the people and needs of the diocese.

Human rights and Due Process

Still another major reform involves human rights. The Church recognizes the dignity of the person—all of us are made in the image of God—and should be the conscience of the world in defense of human rights. But the Church can’t criticize credibly violations of human rights in governments, while its own transgressions cloud its Gospel witness. Matthew 7 shouts loudly, “remove the beam from your own eye….” The Church at every level should have policies and protocols and due processes so that it can be a credible beacon of light for human rights in the wider world. 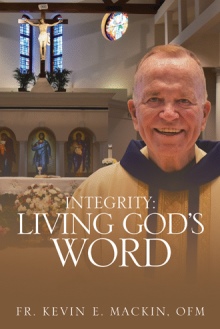 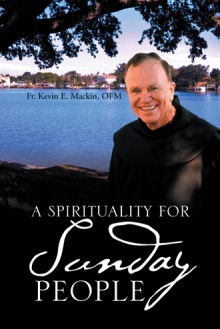 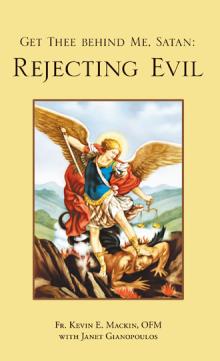 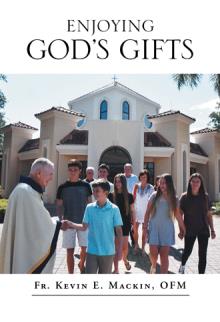 Catholics, Orthodox and Protestants have in many ways moved from diatribe to dialogue. Conversations among theologians have achieved significant progress on many issues in the half century since the Catholic Church entered the ecumenical movement in earnest.

In CHRISTIAN UNITY – THE NEXT STEP ‘THAT THEY MAY ALL BE ONE’ Kevin E. Mackin, OFM, a popular priest and former college president and professor, delves into and shares his studies on recent Church history and theology, and posits that the time is ripe for more real-world Christian collaboration and service, for further internal reform, and for a third ecumenical Council.

A priest in the Order of Friars Minor, Province of the Most Holy Name of Jesus, Fr. Kevin, born in Brooklyn, New York, served at Christ the King Seminary, a graduate theological school, as president-rector; at Siena College on the faculty and as president; as director of development/public relations for his Franciscan Province; and as president of Mount Saint Mary College, where he also served as a professor. He has taught Christian Theological Tradition, Catholic Tradition, Introduction to Biblical Studies, Modern Search for Jesus, Contemporary Catholic Thought, Contemporary Protestant Thought, and The Gospels. Fr. Kevin has also published articles and books, including Get Thee behind Me, Satan: Rejecting Evil (WestBow Press, 2019), Enjoying God’s Gifts (WestBow Press, 2018), Integrity: Living God’s Word (WestBow Press, 2018), and A Spirituality for Sunday People (WestBow Press, 2017). Highlights of his reflections are at www.afranciscanjourney.blogspot.com