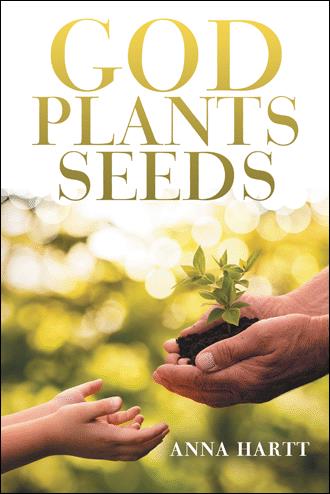 She ran next door to get help from the neighbors, and several groups set out to find the boy. It was very cold for Chad to be walking in the storm; he had over-heard his grandmother talking with his dad on the phone an hour ago. She sounded very sad when she put the phone down. By the funny feeling in his stomach, Chad hoped that nothing bad had happened. His dad should be somewhere on Old Lake Road by now, but Chad kept walking. He remembered that his parents had attended that old church on the road before his dad went back to Afghanistan. The further he walked, the more tired and scared he became.
There was bad cell phone reception in the valley due to the storm; finally, Grandmother Moreley reached her son. She said Chad had left the house and neighbors were searching for him. Hearing the news, Joseph grabbed the flashlight from the hallway closet and ran out into the storm to search for his son. Ralph began ringing the steeple bell, in the hope that Chad would hear it and walk towards the church. Jane and Sarah prayed, hoping God would return Chad to his dad.
Chad heard the church bell and started walking towards the sound. At that very moment, Joseph saw his son walking towards him and ran to pick Chad up in his arms. Joseph thought to himself that they were both saved by the tolling of the steeple bell, by the same Shepherd. They hurried back to the old church, wiping tears from their eyes as they ran. When they reached the old church, the captain realized he had to tell his son the sad news about his mother and baby sister. Joseph knelt before his son and started to cry as he reached for Chad's hands.
"Your mom and sister passed away around six tonight at the hospital. There was nothing the doctors could do to save either one of them. I'm so sorry!" cried Joseph.
As Chad's excitement turned to pain of unimaginable depths, he cried out. "But dad, I just saw mom this afternoon. She was smiling and joking around. How could she die? And I never got to hold the baby!"
"Son, sometimes, God just wants His children to come home," Joseph said.
He held Chad close to his heart and tried to calm him. They prayed together with Sarah, Ralph, and Jane, asking for peace in the world, thanking God for helping Joseph find his son in the storm, and praying that help would come in the morning.
In spite of his pain, Joseph admitted he was angry at God for allowing his wife and his new-born baby girl to die. His spirit was crushed, but his faith was not. He was reminded that the Christ child had come into the world on another stormy night, and there was no room for Him, only a lowly stalled filled with animals and hay.
Thinking of other children of God lost in a storm, Ralph prayed that his daughter, Kristin and her son-in-law, Robert, would be safe at the airport. When this storm settled down, he and Jane could pick them up but not until the group could move their cars.
As the crackling fire in the fireplace warmed their shivering bodies, they sang, "Silent Night," hoping the words would warm their hearts and souls. The night passed slowly, but as the group fell asleep, their dreams centered around the tolling of a steeple bell from an old country church.
The storm had been severe enough to keep the police and the firemen at bay, but in the morning, they ventured out to help the lost group on Old Lake Road. As the EMT's carried Sarah out of the church on a gurney, the steeple bell tolled a joyous, "Joy to the World," for the Christ child who had returned to the hearts of everyone in the midst of a snowstorm on Christmas Eve.
In the spring, that old country church was re-opened, and the steeple bell rang out its glorious, "Christ Is Risen." The retired minister of the old church, Reverend Paul, returned to do the service. Chad and his now civilian dad, Joseph, came to worship with Grandmother Moreley. She had been a tremendous help with Chad as Joseph had mustered out of the service. They had become a very close family since the funerals; Joseph thanked God everyday for keeping them in the palm of His hand. Jane and Ralph also returned to renew their marriage vows after the service. As an extra special event, the congregation witnessed the baptism of Kristin and Robert's baby girl. Sarah was invited to play the old Tracker organ at the side of the church.
Together, they rejoiced in the knowledge that Christ, the good Shepherd, will always find His lost sheep. All will find their way home by hearing the tolling of the steeple bell, not just when things are good but when they are bad. The bell calls everyone to Christ, even in the midst of the most severe storms. It is never too late to start over, to seek hope, or to come home to God.
Whom does the steeple bell toll for from that old country church? It tolls for you and me, and Christ is pulling the rope. 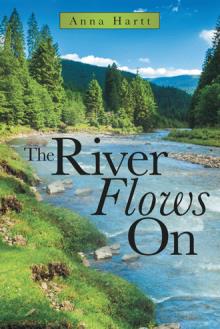 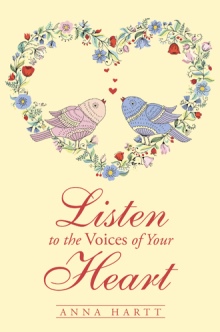 Listen to the Voices of Your Heart
Anna Hartt
$11.95

God Plants Seeds is about realizing we all have a purpose on this earth, ordained by God before our births. He fills the hour glass of our lives with time and love; what we do with these gifts determines what we harvest from the fields of our lives, the ubuntu. We are obligated to love one another, to understand the adage, "I am because we are." Loving one person creates ripple effects throughout the world; loving the whole world is our gift of gratitude to God for all He has done for us. Only when we become "Christ with flesh on" will we accomplish God's plan for our lives. Listening for the tolling of a steeple bell from an old country church as evening comes, we hear Christ calling to us to come home. One tiny light, your light, can help heal the world's darkness. With God's love and grace, our children will harvest His peace through the seeds of character and talents that He has planted in all of us. As our Eternal Father, God directs our plans. Without Him, we are nothing; with Him, we can be our very best as leaders of the world.

Anna Hartt is an accomplished musician, composer, poet, painter, and teacher of forty-eight years who has served several churches as a music director and organist. The author of Listen to the Voices of Your Heart and The River Flows On holds a bachelor’s and a master’s degree in music education and an equivalent doctorate degree in the psychology of learning. Hartt resides in Wisconsin with her dog and cat.