Considering how words impact our lives 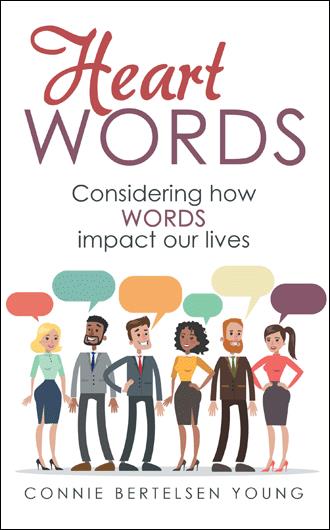 From Chapter 4 "CONVERSATION" (italicize scripture only)

Silence is quite necessary in many situations. However, opportunity for conversation is important to every human life. Sharing our thoughts and sentiments with people can be very satisfying to the soul. Healthy human beings have a basic desire to be known intimately, to share their dreams and ambitions, to explain their viewpoints, to have others understand how they feel and to receive their responses. Having a good conversation with someone is one of the most pleasant things on earth. It is worth the effort to pursue friendships with those whom you can enjoy an exchange of ideas.

(italicize)Words satisfy the mind as much as fruit does the stomach; good talk is as gratifying as a good harvest (Proverbs 18:20 MSG).

I think perhaps we can measure the quality of a person’s relationships by their conversations in them. And the kind of people we are most likely to enjoy in our social circles are those who are not grandstanders or egotistical, but rather those who socialize with “give and take.”

It’s not only our attempts, but it somewhat depends on those with whom we wish to have exchanges in order for us to experience successful communicating. Have you ever been in a social situation where there is one person who monopolizes the conversation and doesn’t seem to take a breath between words? Hopefully, it wasn’t you or me, but I’m sure you know the type. That really isn’t conversation. That personality seems oblivious to the fact that they are being selfish in their eagerness to speak their mind. They rarely consider that perhaps someone else would like to give their input.

I’ve noticed that even if there is a group of people in earshot, that same type may be likely to direct their speaking to the person most willing to listen, or to whom they want to impress, and they’ll ignore everyone else. That kind of self-absorbed tendency is unbecoming in any person, but it is especially unbecoming in a Christian.

(italicize)Do nothing out of selfish ambition or vain conceit. Rather, in humility value others above yourselves, not looking to your own interests but each of you to the interests of others (Philippians 2:3-4 NIV).

Imagine if people lived that Bible verse in family gatherings, business meetings, neighborhood get-togethers, parties and even at church events, and people truly unselfishly considered what others wanted to say as more important than their own words. The fact of the matter is, it begins with our selves – and remembering real conversation is a verbal exchange of ideas, opinions and thoughts. A good conversationalist knows that it isn’t one-sided. It should be give-and-take, not give-and-give.

(italicize)Avoid godless chatter, because those who indulge in it will become more and more ungodly (2 Timothy 2:16 NIV).

Meaningless babble can be very annoying, especially if you are in a circumstance where you can’t avoid hearing it. Perhaps you’re traveling in a car together, waiting in a slow-moving line or maybe in a situation where it would be impolite to leave. No one likes to be around a person who can’t shut up.

Logorrhea is defined as excessive, uncontrollable talkativeness, and some people won’t stop talking. They feel uncomfortable being with people unless they are talking, and for them, talking seems to reduce their stress. It may be a nervous habit without them acknowledging that most of the time it’s just nonsensical chatter.

Sometimes people are needier for the opportunity to speak than others – for instance, someone who lives alone and has no regular outlet or sounding board to express their thoughts. A compassionate person will be patient and show kindness by listening attentively. But normally, most of us will look for a reason to escape encountering people who won’t ever be quiet.

Malcom Forbes said, “The art of conversation lies in listening (see footnote)” Good responses depend on whether or not we are really listening to what each person is saying instead of just concentrating on what might be our clever input. 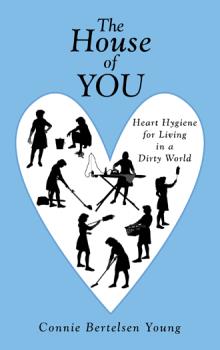 The House of You
Connie Bertelsen Young
$13.95 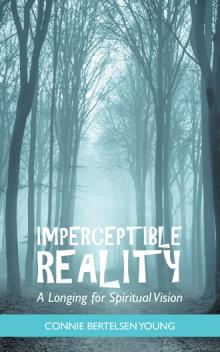 With over six thousand five hundred languages in the world, the following scripture pertains to every human being and their dialect. “For by your words you will be justified, and by your words you will be condemned” (Matthew 12:37 NKJV). That’s a valid reason to learn the importance of our words in a society where many are deafeningly oblivious to the consequences of cursing and the importance of blessing.

Although we aren’t always aware of it, our lives have been affected by every word we’ve spoken, heard, or which entered our brains since the day we were born. Even while we were still in the womb, words had their impact on us. In fact, before the human race existed, words brought our fate. God simply uttered words and creation began.

God made man and gave us the amazing gift of expressing ourselves. Unlike animals who cannot articulate and verbalize mind and heart, we were given speech and the command of our words. But sadly, our twenty-first-century world is blaring with the irresponsible use of words. There is widespread cursing, slander, lying, blaspheming, and evil speaking.

Heart Words will show the need to use words prudently because of their profound influence. Readers will see how fulfillment, joy, prosperity, health, discontentment, depression, poverty, and sickness pertain to our words.

Connie’s short stories have been published within several books, magazines and newspapers. For seven years she wrote a column called “Valley Gal” for two small San Joaquin Valley newspapers. Diverse Experiences such as being interviewed on local TV shows when teaching a class for overcoming phobias, operating her own Day Care, leading adult Bible classes, volunteering in various capacities and owning her own Harley Davidson helped to give her a rapport with people from various backgrounds and cultures. Connie and her husband own a small construction business. They have four children and nine grandchildren. HEART WORDS is her fourth book.