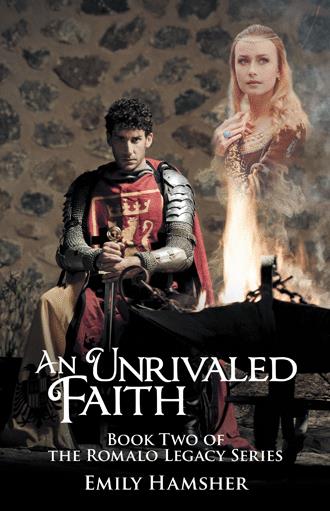 “You think there is something buried here?”
“Nay, not buried per say, but hidden.”
“Then let’s look further. We shall spread out. There is a reason this symbol is reoccurring. We must needs find what it’s hiding.”
Lucian found it first. Not more than two hands above the Wolf’s right ear was a ridge in the face of the stone. To the eye of any man it would seem like a typical crack often found in rocks as old as this one, but with enough pressure applied to its edge the fissure deepened, until the entire symbol was pushed away to reveal an opening in the stone.
“I didn’t expect that.” Lucian quipped, his humor winning out.
Gabriel’s blood thrummed in his veins, excitement pouring through him like liquid energy. Making the first move, he stepped into the open enclosure, having to duck his head, but once he was fully inside he found that the tunnel was wide enough to hold an average male.
“It’s a passage way, I think.”
“But where does it lead?” This from Rogen, whose eyes had become saucers.
“Let us find out.” Lucian extended his arm, allowing the other man to go before him. Gabriel could tell his brother was just as eager. He was always one for an adventure. Using his hands on either side of him Gabriel then blindly led himself down the first section of the tunnel. When his hand bumped into a protruding object, he swiped the unwitting torch from its holder, searched for a piece of flint on the ground and struck it against the siding. The small flame illuminated the space around them to four paces in each direction.
“It looks as if it goes on forever.”
“Not so, do you feel that draft? I’ll bet there is a bend up ahead where the underpass will diverge two ways.”
Rogen was the only one who did not speak as he followed the two brothers further down the tunnel. Gabriel was thankful for the man’s silence, it helped him forget he was in on it.
“Well Gabriel, which way shall we explore?”
“We haven’t the time to pursue both. I expect our absence has already been accounted for. I will have to make it up to Vidor for abandoning him on such short notice.” He looked into black chasm before him, then to the identical one on the other side. Knowing they would have to come back another day, he decided to go with his gut. “This way.”
A peculiar thought crossed his mind as the abyss swallowed them completely within its depths. If walls had ears, if walls had lips, would they speak of what they’ve heard? Or would their secrets be kept sealed like the air tight space around him? Where they treaded shadows for over a mile, he wondered about the ones who had traversed this path last. Most of the tunnel remained on a somewhat even surface, until finally a slight incline drew them back to the surface. A wooden cutout stood out like a stranger among the stone surfaces. Gabriel stepped aside to allow Lucian in front of him.
“Will you do the honors?”
“With pleasure.”
He rammed himself into the handleless frame, and with a loud crack the portal opened.
“Where are we now?” Rogen finally spoke up. Not having been with them earlier, he did not recognize the atrium.
“The old east wing.” Gabriel stepped around them both, his feet warily avoiding the eroded floor boards. Lucian came to stand beside him, having closed the concealed door that bore the marking. Once sealed, the surface became camouflaged, even more so when it was hidden behind the tapestry that had once covered it completely.
“An escape route then?”
Gabriel glanced toward Rogen, not wanting to include the man in his conversation. But he needn’t worry so, for the man was already standing off to the side, having resumed his servantly demeanor. It seemed the castle had that effect on people. Even Gabriel felt the comradery between them disbanding.
“But if so, then why did Father not say anything about the symbol? Surely he would have knowledge of this.”
“We must find where the other leads.”
“Yes, but not today.”
They decided to keep what they had learned between the two of them for now. No telling what their father would say, or whether he would be entirely honest about his knowledge, for Gabriel still believed the man was withholding something.
We are close to something very real here, I can feel it, Gabriel thought as he readied himself for the evening meal. Rogen had found the time to lay out his clothes, but the man was not to be found. He grew wary over the man’s unusual behavior. Gabriel only hoped he had not been mistaken in bringing the man along. 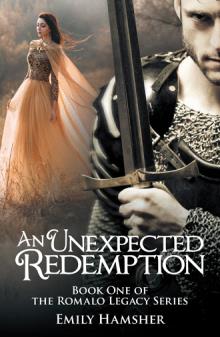 Their nation has lived under a realm of peace for almost a hundred years, but now all of that has changed. Prince Gabriel, soon to be the next ruler, is faced with an unknown enemy intent on stealing his throne, and bringing chaos to his kingdom. As he goes up against the threat of war, Gabriel begins to see that there is a greater battle he must fight than the one his nation faces…a battle for his heart. In this, he is tested to find his true strength in overcoming the peril of his pride before he loses everything.

Katya Nuremburg has her own demons to face as she returns to the land of her departed mother, so when she too becomes caught up in the turmoil that is shaking the nation, she quickly learns an important truth: only her faith will keep her standing firm. Together, she and Gabriel must stand united to fight against those who would seek to destroy everything they hold dear.

Emily Hamsher is a woman after God’s own heart who loves to read and even more so loves to write. With a Master’s degree in Education, who is also an Ordained Minister, she is pursuing a career in full time ministry as an Associate Pastor in a small town in Florida. At 25 years old she is only at the beginning of her author’s journey and seeks to open minds, inspire hearts, and create new worlds with her writing.