Answering the Hard Questions of Life 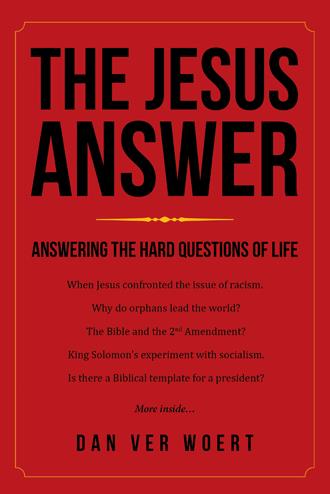 Understanding the mind of an orphan.I will not leave you as orphans; I will come to you. Jesus[John 14:18] In that one statement Jesus acknowledged that there are some really lonely people in the world, orphans. Remember after God pronounced a curse on Cain for killing his brother Abel he said, you will be a vagranta restless wandereron the earth.Cain knew that he would never be accepted back into his family after what he had done; yes, Cain was the first orphan.

And your parents do not have to be deceased for you to be an orphan. I have known people who have had their eyes opened to an abusive cult that was destructive and controlling, and they never talked to their parents again. That’s an orphan.

Advertisement for the Pony Express. “Wanted: Young, skinny, wiry fellows not over 18. Must be expert riders willing to risk death daily. Orphans preferred. Wages $25 per week.” That had to hurt!

Dr. Pierre Rentchnick, a French Physiologist, wrote a periodical in 1978 called, Orphans Lead the World. The basis of his article was all of the highly recognizable names in world history that had been orphaned as a child. And a few I’ve added myself. Let’s look at some universally known political, intellectual and spiritual leaders that were orphaned as a child.

Religious and spiritual leaders:Moses was an orphan in a wicker basket, Buddha, Confucius and Gandhi. Muhammad’s dad died before he was born. Evangelist Gypsy Smith, DL Moody, Billy Sunday and Malcolm X were all orphans.

A point of clarification. Not all these people where complete orphans, but all of them lost at least one parent at an early age. Abraham Lincoln was nine when his mother died. The average person on this list lost one or both of their parents by the age of thirteen. Thirteen is a very critical age to lose a parent, especially for a boy to lose his dad or a girl her mom.

Was Jesus an orphan?The Bible does not directly identify Jesus as an orphan, but the last time we ever hear of Joseph being referred to in the gospels is when Jesus was twelve years old. Your father and I have been anxiously searching for you. [Luke 2:48] That is the last reference we have of Jesus' father. Why was his father never mentioned after the age of twelve? I honestly don’t know but my guess is that he was out of the picture.

It was Paul that said, dismayed but not destroyed.We have all felt that. Life can be so bottomless and nothing seems to make sense. One of those seasons in life where pain makes more sense than laughter, sorrow made more sense than joy and questions are more satisfying than answers? So, do I start my own religion or do I conquer the world. Both seem a bit daunting don’t they? Would one really satisfy more than the other? And why do so many people who finally get there in life eventually come unhinged at the end?

Welcome to life. We are all orphans in spirit. We are all searching for something to fill that void that cries out, Abba Father.[Daddy] Paul might have been wrestling with some of these same fears when he said; The Spirit you received does not make you slaves, so that you live in fear again; rather, the Spirit you received brought about your adoptionto sonshipand by him we cry, Abba, Father. [Romans 8:15]

The reason you picked up this book is because there are still some unresolved issues in your heart. Admit it. You’re scared, tired and a bit lonely. And one of the universal struggles of humanity is, who am I, why am I here, and where do I fit in? A mom and a dad answer a lot of those questions, but the absence of a parent inflames a lot of those questions.

So why does one orphan pick the path of a Hitler and the other the path of a Moses? For me it was the proverbial burning bush. God called my name. He wants me.

He drew up the adoption papers and signed them with His blood. That settles a lot of things for me. I have a destiny, a calling and a reason to get up in the morning. My life has eternal value, meaning and purpose, I’m settled! 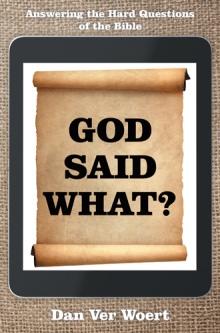 How would Jesus answer the most divisive questions that people struggle with today?
Did Jesus ever address the issues of racism, socialism, politics, and the church’s responsibility to the poor?
Where is God in the middle of a natural disaster?
Does the Bible address the Second Amendment and the right to defend yourself?
Does God have anything to say about the subject of medical ethics and a dignified right to die?
Can our health-care system be fixed?
Did God give us a better plan than our current banking system of interest and debt?
How would Jesus address these issues if he was in our midst today?

This book will give you some practical answers and help you defend your faith in a nonthreatening way. Pastor Dan Ver Woert offers an insightful and thought-provoking look into these questions and tries to answer them through the eyes of Jesus and thus the title: The Jesus Answer.

Dan has a BA in pastoral theology from North Central University and is an ordained minister in the Assemblies of God. Dan is a pastor, mentor and tree climber / arborist. You can find Dan on Facebook.