Answering the Hard Questions of the Bible 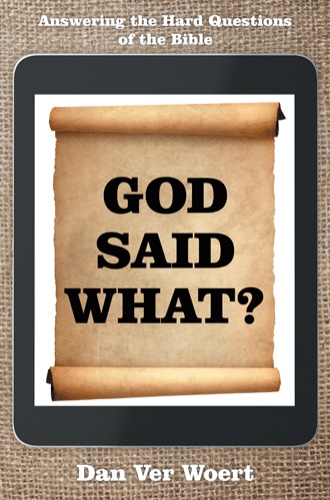 1. Why was a man stoned for collecting firewood on the Sabbath?

2. Why did God command bears to maul teenagers? Was this excessive punishment?

5. Why does God judge sin and why was it so severe at times?

6. Why does God call homosexuality an abomination?

7. Did Jesus ever address the subject of homosexuality?

8. Did Jesus ever address the issue of how to deal with a pedophile or someone who has bizarre sexual urges?

9. Why did God order the execution of anyone who cursed his mother and father?

11. Why Did God command us to take our dead brother’s spouse as a wife?

12. Why did God condemn a man for not impregnating his dead brother’s wife?

13. Why did God strike a man dead for touching the Ark of the Covenant?

14. Is suicide the Unpardonable Sin?

15. Would Jesus have supported the death penalty?

16. Is it permissible for a woman to speak in church? 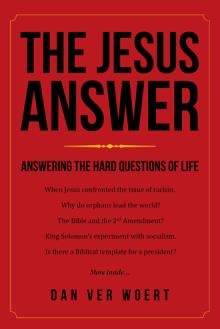 Do you know someone that says, “I believe in God, but I don’t believe the whole Bible”? What about Facebook postings that say, “How does a loving God endorse slavery, infanticide, murder, genocide, rape, and human sacrifices?” He doesn’t. Those are all misreads of the text. Pastor Dan deals with the common objections that people always cite when they are misinformed about obscure teachings in the Bible. This book was written for skeptics and believers. You will find out why God had a man stoned for gathering firewood on the Sabbath. You’ll gain a Biblical understanding of the word “slavery.” Does God allow women to speak in church? Is suicide the unpardonable sin? Why did God say, “When you take the city, kill every man, woman, and child?” Dan also gives you a fresh, new understanding of why God judges sin so severely at times.

Dan Ver Woert has a bachelor’s degree in pastoral theology from North Central University. He is an ordained minister in the Assemblies of God. He has been a senior pastor, associate pastor, and an interim pastor. He works for Wright Outdoor Solutions in Des Moines and is a foreman, bucket operator, and tree climber. Dan resides in Des Moines, Iowa, with his wife and four kids, where he attends Berean Assembly of God.