JUSTICE IS NOT FOR THE WEAK 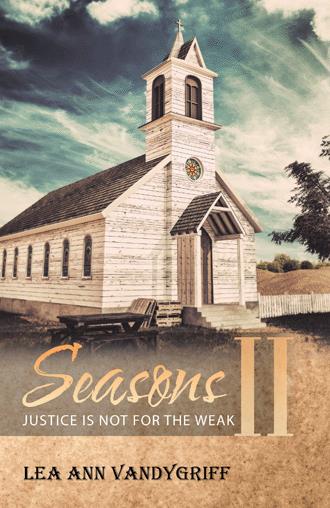 Earl was dragging Aubree by her hair through the mud. He had stopped to take a drink of his booze. She was holding his wrist to keep him from pulling her hair out. “Please, Mr. Earl . . . you’re hurting me.” Earl looks down at her with sad eyes. “Breelin, darlin’, I would never hurt you!” then he angrily says, “Why do you say such things?! Your mother has turned you against me!” “I’m not Breelin . . . I’m her friend, Aubree, remember? Clyde’s daughter?” Earl became more agitated and threw her to the ground. Aubree was afraid to move as Earl steps closer. He knelt down to get close to her face. “Your mother brainwashed ya. Don’t lie to me, Breelin!” Aubree didn’t know what to do or say. “I’m your father, and I’m taking you outta here! Now get up!” He reaches out his hand, and Aubree put her trembling hand in his. The old hound was getting more excited as he sniffed the shoe. “He’s got it, boys! Let’s go!” Red let out a howl and went off into the brush. Earl stopped when he heard the hound. Aubree’s eyes got big with hope and prayed silently. “Help me, God! Tell me what to do!” Earl grabbed Aubree’s arm and began to run. He was pushing brush to the side to make a new path. They came upon a stream. Aubree stopped and started to pull away from him. “What are you doin’, Breelin?! We gotta go down the stream!” “No, Mr. Earl!” Earl took the bottle he was carrying and hit Aubree across the jaw with it. She fell to the ground, holding her face, and crying. “See what you made me do?! That was all your fault!” Earl, a big man, picked up the bottle, put it in his duffle, and then he picked up Aubree and threw her over his shoulder, and entered the stream. Earl was smart, so he went upstream. Fighting the current and the rocks caused him to fall a couple of times, dropping Aubree. “You need to walk! Do as I say!” He grabbed her arm and pulled her through the rocks. Red was closing in. Earl was not traveling fast enough. Aubree fell and cut her leg on a tree limb. It began to bleed into the river. Earl stops, rips a piece of his shirt off, and ties it around her wound. Aubree sees flashlights in the distance and tries to scream, but Earl covers her mouth. He looks around and sees a clump of bushes hanging over the stream. He carries her over and hides behind it. She tries to struggle free, but Earl reaches into his duffle, takes out a knife, and holds it to her throat. 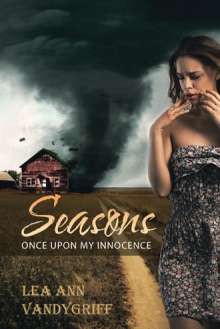 In the first book, Seasons Once Upon My Innocence, the story began with a young girl who was still naïve and uncorrupted. Through her experiences, the harsh realities of life began to creep in, taking away her and that of her friends’ innocence. A community must bond together in the midst of tragedy.

In Seasons Justice is Not for the Weak, the story continues into high school. The teens face greater challenges and more difficult choices. Justice in the eyes of one may not be the same justice in the eyes of another. There is a fine line when judging others and taking matters into our own hands. Families, individuals, and communities may be destroyed.

Lea Ann began her career as an author after the untimely death of her husband of 28 years. Left to raise her two daughters alone, she looked to God for guidance. By God’s inspiration, she began writing novels. With a degree in film, she has since expanded her career to writing screenplays.

She writes from the heart and with a purpose. “God has prepared and trained me my whole life for this moment when I am called to step out on faith and follow the dreams He has laid in my heart!”\