Once Upon My Innocence 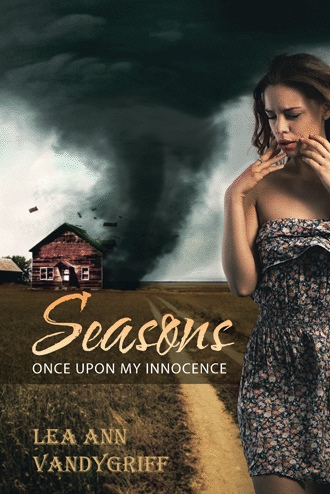 . . .crackle on the radio “Areas of Rhinehart and Southern Alota County have been hit by an F4 tornado use caution when emerging from your safe zones . . .”
. . .Clyde unlatches the cellar door, but is having trouble pushing it open. Clyde “Randy help me there must be debris on the door” Randy gets up to help. Aubree runs to her mom and grabs her around the waist. Clyde straining “push Randy!” Randy “I am Dad! it won’t budge!” Clyde “ok stop. . . stop. . .let me think” Randy “Dad someone will come for us, right? “

Milread “Phil when the tornado came they told Daniel to leave me. what kind of monsters are they?” Phil “they are your grandchildren and you call them monsters. . .”
Milread “Phil we both know you’re not going to stay. Your gonna run like you always do” . . .
Mildread “Daniel, you need to forgive your father and your brothers” Daniel “How can I after what they have done to you and to me” Milread “I have forgiven them and I will always love them” Daniel “I don’t know if I can . . .”
Milread “hello young man I believe your dad had made you a snack in the Kitchen” Daniel “Dad is supposed to take me fishing this weekend. It has been so great having a real dad!” Daniel goes to the kitchen the smell of fresh baked cookies in the air. Daniel “hey Dad those smell . . . “a blur of a duffle and a man heading out the back door . . .” Daniel “so what does your Bible say about forgiveness now!”

. . . “our last band of the night from Rhinehart, the CHAUGA RIVER CHASIERS!!! Give it up” the crowd applauded.
The audience was drawn in by the buildup, sitting on the edge of their seats and all the sudden the band went full on with Justin adding an insane riff on the guitar and Aubree began playing louder and her wrist strumming up down the neck like a pro . . . Randy was so proud he could hardly contain himself and started yelling “that’s my sister!!” the crowd raises to its feet and claps with the music and starts to dance in their seats. 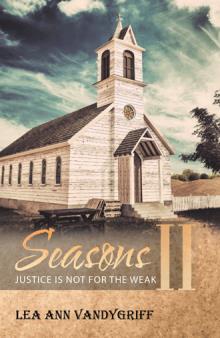 In Seasons, we explore the loss of innocence when adversities hit a little southern town. We often ask, where is God in all this? What happens when you have difficult choices to make—choices that will affect everyone around you? How do you find answers to why God allows terrible things to happen to good people? How do you feel about God when his answer to your question is no?

The world around us is harsh, and we long to feel safe and special. Perhaps in Seasons you will be able to find that, by one young girl’s journey through innocence lost, you can learn to accept, forgive, and find comfort in the strength God has given her in some of the darkest days and endless joy that surrounded her life.

She married a young law student and eventually they began their own law firm. She worked beside her husband for 26 years until his untimely passing. She was left to raise her two daughters. She went back to school in her 30’s to finish her degree at the University of Colorado Colorado Springs with a Bachelor’s Degree in Communications. She has overcome obstacles. Her daughter paralyzed from a rare illness when she was 11, husband diagnosed with cancer, financial problems, suicide, physical attaches, emotional attaches, her own chronic illness and pure exhaustion. She asked, “God what do I do now?” and He said “write”. Why would God tell her to write a novel? How could that help anyone? She doesn’t need the answer. She just needs to write and God will do the rest.