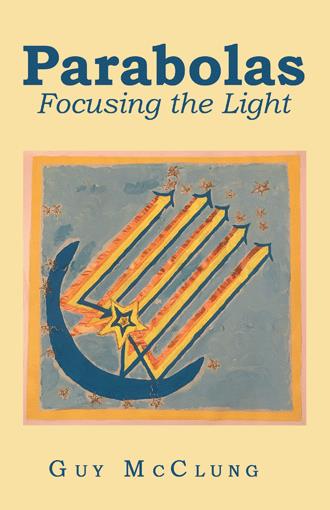 Jerry looked calmly at Clement, made the Sign of the Cross, and said, “Yes, I know you and, in the name of Jesus of Nazareth, Jesus God Almighty . . . “

As he spoke there was a physical change in Clement. Her face contorted, becoming grotesque and she began to snarl.

As the name “Jesus” was said each time, and at each Sign of the Cross, she morphed more into a human monster and her snarls got louder and more menacing. Jerry sat immobile, unresponsive to what was happening in front of him, unmoved by the sounds and ignoring the stench that now filled the interrogation room.

He repeated, “In the name of Jesus of Nazareth, who are you?”

In torment now, unable to resist, words came from Clement’s mouth, as if from a caged predator, “Pacabanab . . . and legion.” The demonic words echoed around the room as if it was a canyon in hell.

Jerry continued. “By the living God, Father, Son and Holy Spirit,” he made the Sign of the Cross continually toward Jessica Miriam Clement as he spoke, “I command you, serpent, and all you with it, to leave this woman and return to the everlasting fire prepared for you.”

Clement’s body slowly levitated from the chair and then was thrown violently around the room as she wailed and screamed.

While she was being tossed like a doll against the mirrored wall of the control room, Jerry quietly said: “I cast you out, Pacabanab and all you unclean spirits, along with every satanic power of the enemy, every spectre from hell, and all your evil companions; in the name of our Lord Jesus Christ.”

He made the Sign of the Cross and continued to do so as he spoke. “Begone and stay far from this creature of God. For it is Jesus Christ who commands you, He who flung you headlong from the heights of heaven into the depths of hell. It is Jesus Christ who commands you, He who once stilled the sea and the wind and the storm. Hearken, therefore, and tremble in fear, you enemies of the faith, you foes of the human race, you begetters of death, you robbers of life, you corrupters of justice, child murderers, mother killers, you root of all evil and vice; seducers of men, betrayers of the nations, instigators of envy, fonts of avarice, fomenters of discord, authors of pain and sorrow. Why, then, do you stand and resist, knowing as you must that Jesus Christ the Lord brings your plans to nothing? Fear Him, and begone, then, in the name of the Father, and of Jesus Christ the Son, and of the Holy Spirit. Give place to the Holy Spirit by this sign of the holy cross of our Lord Jesus Christ, who lives and reigns with the Father and the Holy Spirit, God, forever and ever.”

Like a torrent of filth going down a storm sewer, the evil demons left her and flowed from the room. Her body was slumped over the table. Her face covered with blood and filth, she sat up and stared at Jerry.

“Hello, Jessica Miriam Clement,” he said. “I am Father Jerry Christianson.” The stench was gone, the room was warm and quiet.

Then Jessica’s face and body became clean and fresh, even glowing. She looked at her hands and then looked up, glancing around the room as if at a place that was foreign to her. Two agents outside the room in the corridor had fallen unconscious as Jerry prayed, and the other woman in the control room, the decoy, who had begun vomiting and writhing on the floor, was now still. 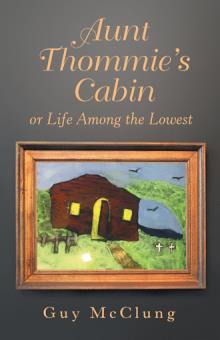 These stories reflect countries and a world without God, with a demonic religion of death, and with rulers for whom the only morality is evil. Their dire and foreboding messages, however, always includes the hope of salvation, redemption, peace and total victory over the world rulers of this present darkness. These stories proclaim that, like a parabolic mirror, the Light, Jesus, always reflects our goodness into the darkness that comprehends Him not.

Guy McClung has a vision of where America and the world are going if human dignity continues to be eroded and human freedoms are sacrificed so a few elite power persons can exercise socialist and totalitarian power over everyone else.