or Life Among the Lowest 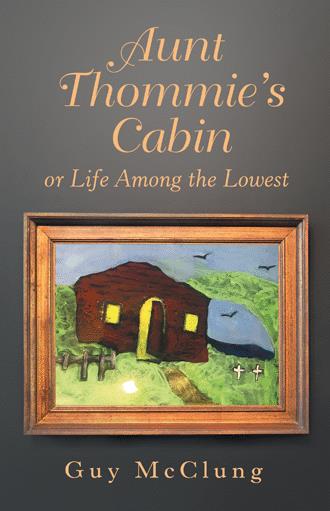 Harry, going slow on the ice, looked across the frozen lake and thought she saw a fire on the other side, but then the snow, coming down in endless waves, blotted it out. All she could do was take one small step at a time. Then Wolfdog pulled her and she fell, hard.
Wolfdog was licking her face as she struggled up and regained her balance.
“Nope, no pulling,” she scolded him. He tried to keep by her side, but he knew where he was going and he knew the fire that waited for them.
Small steps, penguin steps, she could hear her dad talking to her, like he did when she was four and learning how to walk on ice. Walking like a penguin was getting harder and harder with the wind gusting all around her. She began her mom’s guardian angel song, singing it into the wind:
Guardian Angel go with me.
Hold me close and comfort me,
Stay with me and be my guide,
Never, never leave my side.
Angel dear, I love you.
I know you love me too.
Bring me safe home,
To love God with you.
She could no longer see through the snow, but Wolfdog would not let her stop. When she paused, he barked and barked until she started up again. She knew that if there was any part of the lake that was not frozen, and she fell in, it would be almost impossible to get out. Each time she turned her back to the wind, Wolfdog nudged her forward.
She thought she heard the sound of engines and people once or twice over the howling wind, but when she looked back toward the cabin, she could see nothing. It seemed that the mass of snow was an endless, solid writhing mass of cold and the wind was gusting more and more. Her fingers were numb. Her feet were numb. Her face hurt.
“Is that a fire?” she said out loud, catching a glimpse of light through the snow. Wolfdog turned and looked at her and then kept moving on.
Too late, she dug the tip of one of the snowshoes into an area of thin ice. Ice began cracking all around her and she felt the wet cold creeping up her body as she slid into the lake. She realized she was in the water up to her waist at the level of her babies, as she thrashed frantically and made the hole larger.
“Sanger’s Hole!” she yelled out loud. She had known about Sanger’s Hole since she was a little girl. Sanger’s Hole had claimed lives in summer and in winter. It was notorious for collecting debris in the summer, for sunken trees just below the surface, and for being the last place on the lake to freeze over in the winter.
She could see dark black tree limbs below, all around her, as if they were clutching at her and pulling her down. She was thrashing, sinking, pulling Wolfdog in, but he planted his paws, sliding, then he gripped the ice with his claws, and with all his weight stopped her from going under.
The cold engulfed her. “No,” she screamed out, “No! My girls don’t end like this, no!” Getting in control, she reached down her leg into the water, undid one snowshoe and then the other. They fell away, and, with Wolfdog pulling, she got back on the frozen lake bed. Now she was laying there, freezing. A smile crept across her freezing face as she said, “We live!”
Wolfdog was relentless, pushing her and nuzzling her. He finally got her up and moving and forced her to walk with him, either pushing her from behind, or pulling her as gently as he could, moving ever forward. There was no barking. He knew this was serious.
Then they were only a few yards from the shore – and she saw the fire. Wolfdog saw it too. He barked and then began howling, struggling toward the shoreline. 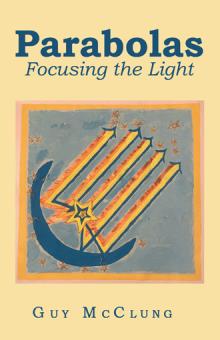 Harriet McCorvey, a high school junior, was raped by her pastor. She later realizes that she’s pregnant. The local abortion business, a branch location of Preferred Personhood Foundation, examines her and discovers that she is pregnant with twins and they have a condition known as Trisomy 21, Down Syndrome. The babies are identical twins. Their tissues are priceless in the eyes of some research companies who are trying to produce better tests for Down Syndrome and, possibly, a vaccine. Aunt Thommie’s Cabin is the story of a pregnant young girl’s efforts to escape from Preferred Personhood and those who have sold her babies to a research company. Harriet, still pregnant, courageously makes her way through a blinding snowstorm, seeking refuge, trying to save her babies, and keep them alive. In 1852, Harriet Beecher Stowe published Uncle Tom’s Cabin, a book which stunned Americans with its presentation of the truth about the evils of slavery.

Guy McClung, J.D., Ph.D. has long desired to shine the light of day on the evil reality of abortion in America. He came to realize that the basis for slavery is the same as the basis for abortion. This book is the Uncle Tom’s Cabin of today, exposing the truth about the institution of abortion and the abortion business in America.