Advent Readings and Reflections from the Nativity Stories 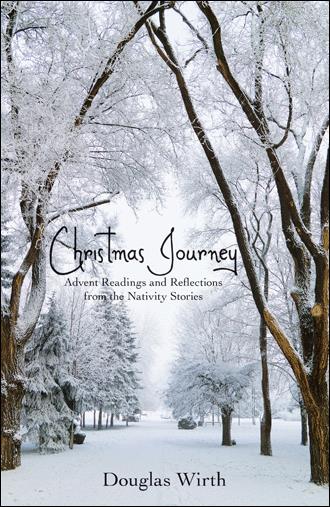 Matthew and Luke seem more comfortable relating Jesus' virginal conception than his birth. Matthew does not even narrate Mary's delivery; he only makes two after-the-fact references to this signal event. Luke recounts the birth of Jesus in very guarded terms. The evangelists seem to be concerned to safeguard their narratives from the impression that, since Christ's conception was unique, his birth must also have been unparalleled. Such a caution on the part of Matthew and Luke would have been warranted. For, in spite of this circumspection, early Christians seized on Luke's statement that after her delivery Mary herself swaddled her child and laid him in a manger. These measures were construed to mean that Mary's delivery was painless, even miraculous. The author of The Gospel of Mary, noticing also that Luke did not mention Joseph's presence at the birth, had him leave Mary in the cave in order to search for a midwife. When he returned he found she had already given birth without assistance and was nursing her child. An examination of Mary by a woman named Salome found her womb was miraculously intact. This was a huge deduction to make from the few details in Luke's account. Nevertheless, two early apocryphal writings also maintained that Christ's birth, not just his conception, was miraculous. The idea of Christ's virginal birth, something the two evangelists almost certainly did not intend to convey, was generally accepted by the end of the second century.
These are surely some of the reasons there are such noticeable differences in mood and substance between the story of Jesus' birth and the scene of the angel's announcement to the shepherds. Luke has saved the fireworks and celebration until now. The claustrophobic sense of cramped quarters and the subdued tone of the actions following the birth give way to the expansive pastoral tableau of shepherds watching their flocks and the heavenly glory shining around them. In his homely birth account Luke may have left us encoded messages about Christ's lowliness and poverty, but these are not easy to discern. In the scene on the hills outside Bethlehem his christological meanings do not need to be decoded; they are spelled out plainly. All three of the main titles that are attributed to Jesus in the gospels proper are included in the angelic proclamation: Savior, Christ, and Lord. The high point of Luke's narrative is not the birth of Jesus. It is the announcement of the gospel message to the shepherds. Even contemporary writers have picked up this point. In the first Charlie Brown Christmas special, Linus (or rather, his creator, Charles Schultz) correctly perceived this passage to be the heart of the Nativity Stories. After Charlie despaired of ever hearing an expression of the true meaning of Christmas, Linus walked out on stage, recited these same verses, and then announced, "That's what Christmas is all about, Charlie Brown." 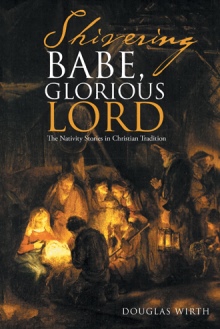 The Nativity Stories were hidden gems in antiquity, and they remain largely unexplored today. Though they appear first in the gospels of Matthew and Luke, they were among the last pieces of the puzzle of Christ’s life to be revealed to the public. The evidence shows that during the three-year ministry of Jesus none of his followers knew about the extraordinary events related in the birth narratives. The claim of his virginal conception, the most highly charged and hardest to substantiate of all the assertions made about Jesus, was held in reserve until decades after his death and resurrection. The publication of the Nativity Stories around AD 80 helped to complete the church’s portrait of Jesus Christ.

Today the Nativity Stories are usually saved for Advent, but since this is such a busy time of year these scriptures are seldom explored in depth. This engaging study takes readers on a journey of daily Readings and Reflections in Matthew 1-2 and Luke 1-2. The spiritual riches of the Nativity Stories are revealed through a survey of issues about their impact on our understanding of the divine/human nature of Jesus. Also highlighted is the influential role of the birth narratives on the church’s theology in the period prior to the emergence of Christmas in the fourth century. With a wealth of enlightening discoveries awaiting readers, Christmas Journey is sure to become a meaningful part of their yearly Advent tradition.

Doug Wirth has previously authored Christ the Suffering Servant: A Lenten Study of the Atonement, and Shivering Babe, Glorious Lord: The Nativity Stories in Christian Tradition. His writing focuses on recovering the ancient Christian heritage of Easter and Christmas.