No Doubt It's Love 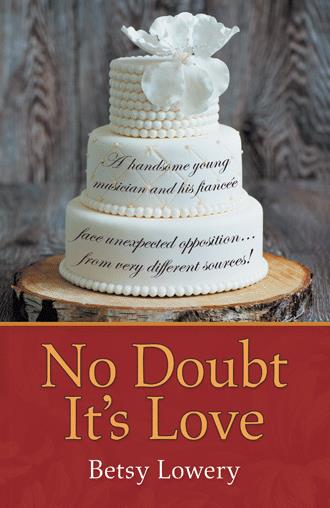 Next, in and among the waitperson’s taking everyone’s order, she commended Sam on his choice of restaurant. It was attractively designed. It looked clean and smelled appetizing. The ambiance was upscale but not stuffy. Finally, Joan began to pose subtle questions to get at Grace’s take on whether her aunt’s visit just now was, indeed, a surprise, what its purpose was, and so forth. It wasn’t rocket science to conject that the relative had been told of Grace’s engagement and had hastened into town to check out the prospective bridegroom and his family. Joan was absolutely certain that Sam had not known there would be a sixth person at this dinner party. She was really tempted to text him under the table, but she didn’t want to make things worse by luring him into bad etiquette. They could talk later.

“In what year were you born, young man?” All of them stared at Jessica Talbot for barking such an odd question. She surprised them by cracking a smile and pointing to her paper placemat with its border of Chinese zodiac animals and the corresponding birth years for people. Most of the table smiled, too, then, and followed her lead by looking for Sam’s birth year. The Ryans and Grace eventually spotted it under “Sheep,” and Grace pointed out the category to her aunt beside her. Joan read the first few traits aloud and said they described Sam well: gentle, hardworking, persistent.

“But nobody could call Sam vain.” Grace appeared eager to oppose the words listed as weaknesses.

“Well,” April put in with a clear hint of disagreement in her tone.

“Siblings’ opinions are disallowed at the moment,” Joan told April with an “I’m serious” look.

“At any rate, whatever applies to Sam applies to me,” Grace said. “We’re that close in age.”

“There are several compatible types listed for Sheep,” Jessica pointed out, “but another Sheep is not one of them. Tradition says that opposites attract.”

“Hogwash,” Lee muttered under his breath.

“I beg your pardon? I’m a little hard of hearing.”

“I said I’ve got to get my hog washed,” Lee fibbed. “My motorcycle.” Joan bit her smile hard to conceal it. Lee owned no motorcycle, of course. April giggled, but both Sam and Grace still looked miserable.

“In that case, please take your son and his dusty…jeep…with you to the car wash.”

The woman’s rudeness was unbelievable! It would serve her right if Sam put everyone’s dinner but hers on his card and told the staff to bring her a separate check!

The food came out, but Jessica Talbot lost little time over that. She segued from insulting Sam’s Tahoe to insinuating that he wasn’t a satisfactory choice to be Grace’s life partner. Two tries and two fails for a happy welcome occasion for Grace and all of them! Joan’s food tasted very good and she told Sam so, though she was unable to enjoy it properly. Sam was eating heartily, but that was probably just his way of trying to take his mind off things. Grace had touched her food very little, but she ordered and ate like a bird most of the time, anyhow, to maintain her dancer’s physique. Neither April nor Lee seemed to be having trouble clearing their plates. Joan suspected her daughter was coping by texting in her lap. She’d have plenty to say later. And Lee was exercising self-control again. Did he have enough of it for this situation?

That the Chinese zodiac was a bad omen for this marriage, the outsider of the group had made crystal clear. Her current interrogation was about Sam’s ability to provide for Grace. “I assume that you have some career plan as a backup, in case your notions of fame and fortune as a musician don’t pan out.”

The Ryans were a coy bunch, often able to read each other’s thoughts and too savvy to take anyone’s bait by providing personal information just to answer a challenge. Predators typically tried to capitalize on their victims’ insecurities that way, and naive people often were goaded into revealing age, residence, present destination and other facts as they corrected a false statement put to them. Great-aunt of Grace’s or not, this Talbot woman did not deserve a rundown of the facts about Sam’s graduation with honors, about his good “day job” that offered excellent benefits and the opportunity for advancement, nor the fact that playing the drums was not his primary career goal. It might prove amusing, just for a little while, to let this annoying woman think her young niece was planning to marry an unreliable, rolling stone who would put no roots down, housing his poor wife in substandard apartments, clothing her from rummage sales, and coming home drunk half the time.

April gave Joan a look. “Oh, but we are so sure that Sam is going to rise to the top of the music industry within a few years! If not with Papa Cass & Company—that’s the band he’s currently with—then with the next band, or the one after that. His publicist has him growing his hair out long, even as we speak.” She reached across Lee and tweaked a strand of her brother’s shiny, brown hair. “It’s going to look smashing when it’s down to his shoulders.”

Joan quickly changed the subject. “Mrs. Talbot, I gather that you have come to visit just now because you have learned of our son’s engagement to your great-niece. We are so happy to know you. Sam and Grace will need the support of both their families at such an important time.” The “happy to know you” could be little more than a polite lie after so brief an acquaintance and especially after the woman’s offensive remarks. The part about needing support from both families was, of course, meant to tell the aunt that thus far she had been anything but supportive. 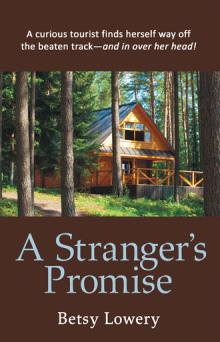 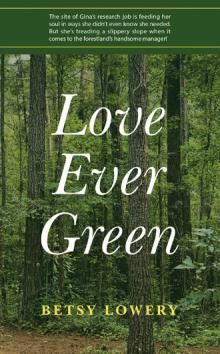 Sam and Grace never dreamed that the happy news of their engagement would stir up such outright interference—from a pompous aunt, an overeager sister, and a mysterious stranger! On top of that, one of them has a secret that won’t stay buried, and it’s causing second thoughts in the other. With all of this opposition swirling around them, the two forge their own path of discovery while parents, the officiating minister, and a day visitor who’s in town for a football game each impart needed counsel.

If you enjoyed Joan Ryan’s mountainous misadventures in Tennessee (A Stranger’s Promise), don’t miss this sequel, which introduces Joan’s kids and their friends back home in Georgia. And there’s a special perk here for Jane Austen fans...some in this new cast of characters can’t seem to stop quoting Pride and Prejudice!

A unique and fresh voice is what reviewers said of Betsy Lowery’s first book Pause: Everyday Prayers for Everyday Women (2004). Now, readers of her novels are talking about her gift for fiction. In A Stranger’s Promise and its sequel No Doubt It’s Love, Lowery uses vivid description, “real” characters, lively events, snappy dialogue, chuckle-out-loud humor and gems of life meaning to entertain and to go a step further than that. Lowery’s personal experience (raised in a Southern Baptist preacher’s family, called into ministry at age 20, now married with two grown daughters) enables her to speak through both the empty nesters and their grown children in this book. A prominent theme, directed especially toward families with daughters, is healthy self-esteem in pre-teen, teen and young adult women with regard to dating and feeling attractive to the opposite sex. Greatly influenced by the books of Grace Livingston Hill, Lowery has included in No Doubt It’s Love a salute to Hill’s body of work.
Lowery’s characters in this book trade a great many quotes from Pride and Prejudice in both lighthearted and serious fashion. That’s an autobiographical glimpse into some authentic fanship, and the placement of each quote or reference produced no small felicity! The works and the characters of Jane Austen continue to know well-merited popularity in print and in film. Lowery counts it a true privilege and a pure joy to walk the path of those saluting and enjoying Austen in this way.
Mrs. Lowery is a native of North Carolina who has lived in the Birmingham, Alabama area since early adulthood. She has degrees in business administration from Mars Hill University and in Christian education from The Southern Baptist Theological Seminary.