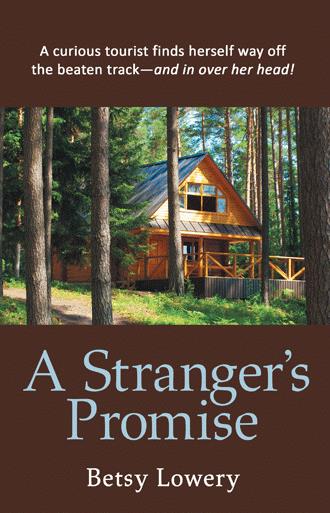 One other car, an older gray sedan, was on the premises. Either it was left there by a parishioner, or someone was presently in the building. A custodian, maybe, unless the pastor found late Friday afternoons the quietest time to prepare his sermons.

Ten minutes later, with some twenty new images in tow, Joan was back behind the wheel. Very little appeared to be going on in town, including at Crook Mountain Diner, whose parking lot was almost deserted. But, according to the lighted sign that wasn’t especially bright yet against the waning daylight, the place was open. Is there something everyone else knows that I don’t? Was “Diner Disaster Leaves Ten Dead” the front-page story in the last issue of Crook Mountain Monthly? Why not find out right now? She parked near the door and went inside.

Yellow can be a difficult color for many women to wear well, but the woman behind the counter, who appeared to be the only person in the place, had no trouble there. She almost glowed in her trim, yellow uniform dress with white apron—a very springy look. Odd. A food worker’s uniform shouldn’t be that spotless and wrinkle-free at this time of day. Maybe she was just starting her shift.

“I’ve been expecting you.” The brunette surprised Joan with those words and a broad, pretty smile. “Cora Haskew phoned me from the church. She saw you out taking pictures and predicted you’d end up here sooner or later if you’re looking for local color.” She filled a clear plastic tumbler with ice and water and set it on the counter. “Cora is the church librarian. Thanks to her sharp eyes and good memory, I could have really surprised you by naming the color of your car and asking which of your two camera lenses worked better in this light!”

The name Cora suggested a senior adult. Joan pictured the stereotypical “little, old lady librarian” with white hair up in a tight little bun. “She would be the owner of the gray Buick, I suppose.” Let it be known that your librarian isn’t the only observant person in town today.

“That’s right. Have a seat, if you’re here to eat, that is.” The one-woman staff gestured to the seats on the other side of the counter from where she stood. “Or did you want to take more pictures?” She gave an extra-brilliant smile, fluffed her hair, and straightened her collar, which didn’t need straightening. Joan couldn’t help but laugh. “Seeing as how you’re the only customer I have right now, why not sit right here? I’ll be that much closer if you need anything.” The woman in yellow spritzed the counter with a colorless liquid and wiped it with a thick paper towel.

“Sure.” Joan settled onto one of the dark brown stools. That feeling of good fortune from earlier—before the run-in with the truck driver—crept back as she glanced around. A large menu board was mounted up high. Also mounted around were modern, flat-screen televisions and antique odds and ends in the Cracker Barrel style of décor—old washboards, military caps, license plates and such. A framed document boasted the number 99 in large script. “Nice health rating. At least that wouldn’t be the reason you don’t have any other customers right now.”

“Oh, thanks.” The uniformed woman offered a genuine-looking smile which, with her neat, shoulder-length hair, steady gaze, and manner of speech, could have placed her in a boardroom chair or at an attorneys’ table just as easily as here. “That one point off was an unfortunate circumstance. Not our fault. But it does no good to dwell on it. It may be a needed reminder that perfection is still just a little out of reach.”

Right. She wasn’t born and raised in these parts.

Okay, maybe I’m wrong. “Dove”? Joan’s phone beeped and she checked it immediately. The other woman turned tactfully away. Joan smiled at a brief, sweet message from Lee, acknowledging her safe arrival. She stowed the phone in her pocket and regarded the woman named Dove. Joan had known of a Lark, once. And some Robins, of course. She’d run across a female or two who ought to have been named Vulture. But she’d never met a Dove. It was unusual, but it seemed to fit. The pretty brunette working efficiently behind the counter was well-spoken and hadn’t been using those awful endearments “sweetie” and “baby.” Maybe she owned the place. An M.B.A. entrepreneur, perhaps. Joan raised her eyes to the menu board. There were unhealthy items at all eateries that, normally, she instantly ruled out, like French fries. There were others that, normally, she instantly zeroed in on, like salads. This trip wasn’t normal. Joan landed between the two extremes.

While waiting for her food, she sipped delicious, peach-flavored iced tea and gave her surroundings a closer look. A notice was tacked to a support post, too far away for reading the content, but close enough to see it was printed in color ink on white copy paper that had started to curl in the humidity. Curious, Joan eased to her feet and walked toward the bulletin. It advertised a community event on the Sunday upcoming, March 30. “After Easter worship,” it read, “stay for the best home cooking anywhere & come back to the park at 6:00 for a benefit concert by Blueberry Creek Band for our town’s little sweetheart, Laynie Key.” The photo showed a young girl, maybe ten years old, seated, with one leg extended in a full cast. She had long, dark hair and a sweet smile. The couple standing behind her would be her parents. At the bottom of the page was the name of where Joan had just come from, Crook Mountain Church in the Wildwood, along with its street address and time of the Sunday service. 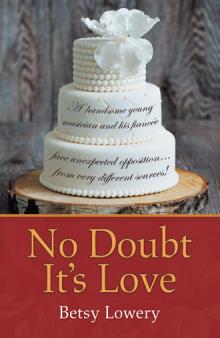 From the church librarian to the garage mechanic, folks in Crook Mountain, Tennessee seem to be either hindering or helping an old missing-person investigation. And a certain waitress who’s fairly new in town may have more at stake than any of them. Now, throw in Joan Ryan, a semi-retired dietitian from Atlanta who arrives on the scene by pure happenstance. Joan may be the secret ingredient in a recipe of comedy, resourcefulness, and danger!

“Such interesting characters I would like to meet. I am praying that this novel will be shared with many hungry readers.” Natalie G.
“You have a gift with words and I was very aware of every descriptive word that is so much a part of your style. They kept my mind alive!” Jeanne W.

I truly enjoyed the story and meeting all these new “friends”—well, some not so friendly! I so admire the talent it takes to imagine a plot, complete with all the characters, scenery, etc., and then put it all together with dialogue and all the details needed to make an appealing, interesting story. I’m looking forward to reading the sequel! Millie E.

A unique and fresh voice is what reviewers said of Betsy Lowery’s first book Pause: Everyday Prayers for Everyday Women (2004). Now, readers of her novels are talking about her gift for fiction. In A Stranger’s Promise and in its sequel No Doubt It’s Love, Lowery uses vivid description, “real” characters, lively events, snappy dialogue, chuckle-out-loud humor and gems of life meaning to entertain and to go a step further than that. Lowery’s personal experience (raised in a Southern Baptist preacher’s family, called into ministry at age 20, now married with two grown daughters) enables her to speak through both of these novels and through their characters. What’s the message to be spoken? It is a Christ-centered message above all, demonstrated through characters some of whom are just beginning to really value faith, prayer, and scripture! A North Carolina native, Lowery has called Alabama “home” since her mid-twenties.