Unmasking the Spirit of Injustice

The Truth Never Before Revealed Behind Our Daily Struggles 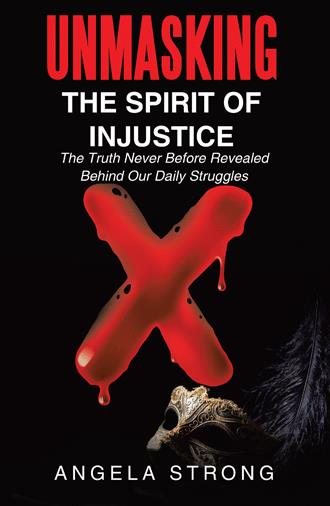 It has always been the subject of my attention as to why bad things always happen to good people. Or why is it that innocent people are the ones that always get hurt? Or why is it that evil or evilness always seems to overshadow good or goodness?

What calls my attention even more is how individuals, families, nations, and even ministries can be victims of an atmosphere of reoccurring negative events in their lives in which they are unable to give any logical explanations for.

It’s as if they were fighting against an invisible force that’s opposing all their attempts to move forward in their lives.

What spirit force is behind all these evil and unjust happenings that are occurring around our world? What is this spirit that leaves in its wake a trail of pain, hurt, and destruction?

The spiritual force behind all these inexplicable atrocities has a name and it is called the spirit of injustice, the truth never before revealed behind the struggles we have to face daily. The assignment of this evil spirit is to cause opposition and difficulties in the lives of people.

Here you will find out how to identify this evil spirit of injustice, how it operates, what strategies it uses to attack us, and how it can infiltrate our lives, families, and nations.

You will learn how to break off with cycles of injustice in your life, how to come out victorious from its attacks, and how to activate God’s blessings over your life.

You will also learn how to reaffirm your true identity as a child of God and start seeing yourself according to the parameters of God’s kingdom and not as your surroundings and circumstances dictate them to you.

Our target is to unmask this evil spirit that has been doing warfare against God’s people for centuries. It is our greatest desire that you can reach the fulfillment of your purpose that God has prepared for you from before the foundation of the world.

The Author is a Clinical Psychologist, and currently is completing a Master in Divinity. The Author has been a radio and television personality. Angela Strong is also the author of the well known book “Clash Between Two Kingdoms” She is also Co-founder of Strong International Ministry; a ministry dedicated to bringing conferences of intercession and spiritual warfare around the world. She is passionate about prayer and spreading the gospel of Jesus.