The Book of Acts

Is it Historically Accurate? 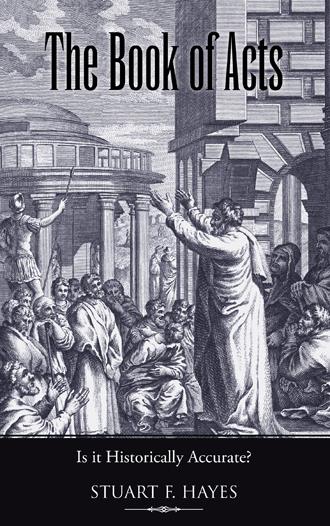 The book of Acts begins as follows: “The first word I made concerning all, oh Theophilus, which Jesus began to do and teach until the day he was taken up.” This relates well to the beginning of Luke 1:3–4: “It seemed good also to me … to write to you, most excellent Theophilus, that you might know concerning the certainty of the words which you were taught.” During the 1800s, many critics claimed that while Luke’s Gospel was a first-century writing, Acts was written by a different author in the second century. That opinion by now has changed, and most scholars recognize Acts as a first-century document. Not only does the connection between the opening verses of Luke and Acts indicate that both are by the same author, but also the comparable vocabulary and style of both books suggest common authorship. According to tradition, the author of both books was Luke, a physician and companion of Paul.
There is a very significant relationship between the very last part of Luke’s Gospel and the start of his book of Acts. Surprisingly, it affects our interpretation of the four Gospels. In Luke 24 there is a transition in time from an appearance of Jesus a day or so after his resurrection to verses 50 and 51 of Luke 24 which states, “And he led them out to Bethany. And having lifted up his hands, he blessed them. And it happened, when he was blessing them, he parted from them.” A couple of early texts add, “And he was carried up to heaven.” Other early manuscripts, however, do not have this. Even without the addition, Luke’s ending almost surely is a brief report of Jesus’ ascension to heaven. The ascension is also reported in Acts 1:9–11. It took place from the Mount of Olives. The report, “he parted from them,” specifies the location of Jesus’ parting from the disciples as Bethany, which was on the Mount of Olives. The significance of this is that Luke 24 jumps over a period of forty days (Acts 1:3) from two resurrection appearances to the ascension.
There is no notice of the gap in time in Luke 24, but Acts 1 makes this gap, forty days, quite clear. Now, you may be asking why this is important. Indeed, it is very important because it suggests that the Gospels may have similar undeclared gaps in time elsewhere. One example could be in Luke 2:39 where the Holy Family is said to travel from the Temple in Jerusalem to Nazareth in Galilee. If there were an unannounced gap in time right at this passage, it would greatly help to reconcile the two accounts of Jesus’ infancy related in Matthew and Luke. The gap would allow the harmonization of events recorded in Matthew and Luke. If so, then the sequence from Luke 2 and Matthew 2 would be: the birth of Jesus in Bethlehem of Judea, the visit of the shepherds to see the baby Jesus, the presentation of Jesus in the Temple at Jerusalem, a return to Bethlehem, the visit of the Magi (Wise Men), the flight of the family to Egypt, the slaughter of the little boys in Bethlehem, and finally, the family’s return from Egypt to Nazareth in Galilee.
The lesson above from Luke 24 and Acts 1 needs to be kept in mind as one compares the four Gospels to each other. The Gospels give much information, but still, they are quite brief. Rather than jump to conclusions about apparent discrepancies between the Gospels, this brevity must at least first be considered. The Gospel authors wrote concisely as was typical of that era, rather than in the style that we would use today. We must observe their style. Not to do this would be unscientific. Observation first, conclusions later. In this way, many “errors” and “contradictions” which critics claim to find in the Gospels will vanish. The Nativity narratives in Matthew and Luke need not be taken as contradictory. 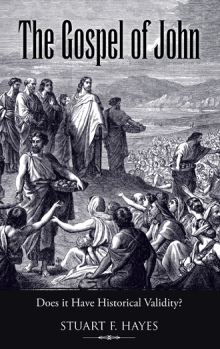 After the death and resurrection of Jesus, ordinary men and women burst into the world with a message of redemption and new life. In particular, the apostles Paul and Barnabas journeyed into the heart of the powerful Roman empire. They staked their lives on the authenticity of what they called Good News, and crossed difficult political boundaries, as well as cultural, social and economic. The fact that the message crossed those boundaries so fluidly suggests a level of magnitude and historical reliability. The New Testament book of Acts chronicles many of the early church’s first, fragile steps. Does it read like a time-bound, ancient text? Or is it timeless? Do the characters appear human? Does it read like the unfiltered perspectives of eyewitnesses? Or is it “selling” a story? Is the text of Acts consistent with the content of the New Testament letters?

Dr. Stuart Hayes has advanced degrees in both science and divinity, so he brings a rigorous but respectful approach to the New Testament book of Acts. This book combining reflection and commentary is intentionally written with laypeople in mind using careful, but commonsense thought. That is not to say it will be dismissed by, or is dismissive of, the work of scholars. Instead, it is a book written to people genuinely wrestling with doubts about the authenticity of New Testament writings that often go unaddressed by or are needlessly complexified by scholars. This book fills a need to return to the text of Acts in order to release it to speak for itself. Along the way, it picks up important details a casual reader might miss and puts confidence back in the hands of readers to judge for themselves.