The Gospel of John

Does it Have Historical Validity? 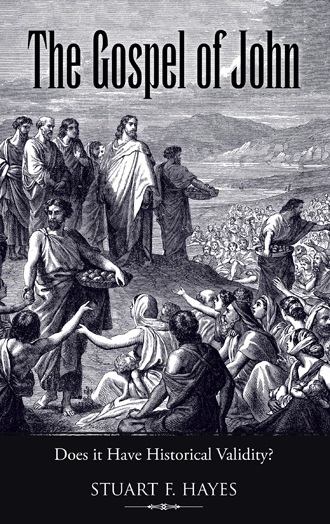 The choices confronting people are these:

We seek to squirm away from this assertion. After all, we are nice people, or at least try to be. We do good. We love and help others. We may even go to religious services. Much of this is very helpful to good order in the world. It is a start. But in running a race a good start does not win the prize if the race is not finished. Going part of the way is not a substitute for the essential full and final choice. Should we do wonderful things but essentially put God off? Can we substitute accordingly as it pleases us?

The foregoing is well illustrated by what occurred in and after Jesus’ time with his own people, Israel. Jesus enjoyed quite a good reception much of the time by the people as a result of his teaching and healing. In the end, however, he was rejected. How could this be when the people saw healings and signs of power never before experienced? Is this not an impossibility? Does that show that the reports of healings and signs are fiction? No! This passage (3:18-21) shows that the darkness beckoned! The initial reaction of the people is evidence that the healings actually took place. However, with the hope of eternal life there for the asking, many turned back to continue their old ways. They preferred the pleasures of their sin. In Luke 11: 24-26 Jesus gives a parable of a man who has been delivered from an unclean spirit, a tremendous relief for the moment. But the spirit returns, bringing others along with it. Tragically, the man ends up worse than before. Unfortunately, this sequence often fits the pattern of some people who, initially, are blessed by Jesus’ teachings and signs but, ultimately, reject Him and find themselves in a more devastating place. Oh, let this not happen to us!

Verse 22 states that Jesus “was baptizing.” That means he went down into the water and personally, physically baptized people---does it not? Well, let us see. John 4:1 seems to agree, stating: “Jesus was making and baptizing more disciples than John.” However, the next verse says, “Jesus himself was not baptizing, but his disciples were.” Is this an error the critics can celebrate? First, Jesus was baptizing and then he was not baptizing---a clear inconsistency in the text? Was Jesus baptizing? Despite the law of contradiction, we can safely give two correct but seemingly contradictory answers. Yes, he baptized. No, he did not. As Nicodemus would have said, “How can this be?” Well, yes he did baptize---in the sense that he authorized and directed his disciples to baptize. He was the prime mover, the one who made it happen. But also, no, he did not baptize—in the sense that he did not carry out the physical process himself. Any critic who makes this an error does not understand the flexible use of language. That is where the actual error lies! Let us use this to prepare us for similar cases elsewhere in the four Gospels. There are portions of the Gospels from which questions and problems arise that cannot at present be resolved, but this is not one of them.

The preceding discussion brings up a vital question. It is this—if we were to find true errors in the texts, would all be lost? Would the credibility of the Gospels drop down to zero? Well, if so, then most history would be utterly lost to us. It is safe to say that most—perhaps all—ancient accounts of history contain errors of fact or of judgment. However, if a historical source is for the most part dependable, then it is of use to us in recovering the past. That is accepted universally. And so with the Gospels. A small fraction of errors would not invalidate either the writers’ main points or most of their assertions of fact. It might affect a small fraction of the whole narrative but not our main base of historical knowledge. Remember also that we suspect that our latest Greek texts are close to the original one, but we think that they are not exact replicas. Also, factor in that we are dependent upon our understanding of Greek words and expressions, an understanding which by now is excellent but probably not perfect. So here are two possible ways in which, mistakenly, we can seem to find errors. Be that as it may, for now the focus of this commentary is not on Biblical inerrancy but on the essential validity of the Gospels as historical sources. That is not to devalue doctrine but rather to focus on one point sharply—history, yes or no? Nor is it to say that there actually are errors in small number, for history might be part way to inerrancy and in any case in support of faith. 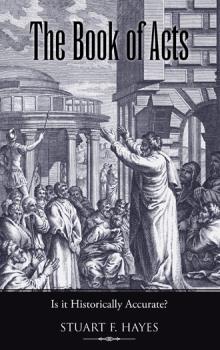 Church tradition maintains that John, the last of Jesus’ disciples left alive, wrote his gospel from the Island of Patmos at the end of a long life. Was his memory still vigorous and clear? Was he tempted to enhance events or even introduce miraculous ones in order to present a more appealing Jesus? Are there inconsistencies between John’s narrative and the other gospels that suggest that all of them may have historic inaccuracies? These are questions frequently asked.

On the other hand, if Jesus was simply a good teacher who performed no authentic miracles, why did it take three years to arrest and convict him? What made the authorities hesitate? And if the gospels are partially exaggerated or fictionalized, why are they so candidly unflattering about the failings of Jesus’ followers? These are questions not frequently asked.

Stuart Hayes has advanced degrees in both science and divinity, so he brings a rigorous but respectful approach to the gospel of John. This book combining reflection and commentary is intentionally written with laypeople in mind using careful, but commonsense thought. That is not to say it will be dismissed by, or is dismissive of, the work of scholars. Instead, it is a book written to people genuinely wrestling with doubts about the authenticity of the work of the gospel writers that often go unaddressed by, or made inaccessible by scholars. In an unusual approach, this book examines John’s Gospel to find internal evidences of historical dependability and also reconciles passages where skeptics think there are errors. There has been much valuable and helpful work examining the historicity of scripture using both textual criticism and higher criticism. However, there is a need for a careful reading and reflection of the gospels themselves, by themselves, in order to uncover and focus on internal authenticities in the narratives.

Stuart Hayes has degrees in physics from Princeton University (AB) and the University of New Mexico (Masters and PhD) as well as degrees in theology from Faith Theological Seminary (BD, STM). He taught math and physics at the secondary level for 23 years and at the collegiate level for 11 years. After many years of doubt, he felt compelled to search the Scriptures for internal marks of historical authenticity. He has especially focused on the Gospels and the book of Acts. He hopes that, by writing, others also will be greatly blessed and brought nearer to God in service and fellowship.