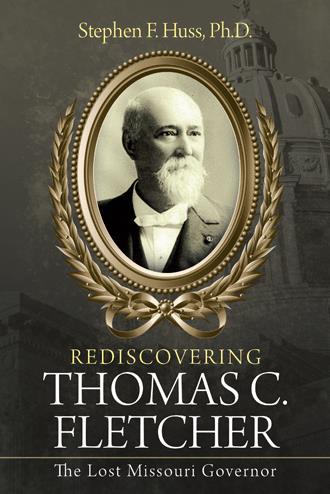 The chest-deep, fifty-yard wide bayou lay directly in front of any advance and was choked by a thick entanglement of trees broken intermittently by swampland. Fletcher found Confederate-felled trees, brackish swamp, dense brush, and chest-high water in and around the bayou. Also seen were strategically placed rifle pits, and hastily built but substantial fortifications behind the rifle pits manned by riflemen and artillery. The lack of standing trees provided a clear field of fire for rebel marksmen, cannons and the barricaded defenders. The Confederate editor of the Richmond Examiner later noted that the federal troops had faced a “…whole bluff, extending a distance of two miles…frowning with guns, all of which would bear upon an enemy.” After his successful but disheartening reconnoiter, Fletcher described the almost unassailable position to General Frank Blair. Blair passed the information to Brigadier General G.W. Morgan, commander of Third Division. Morgan discounted the information from Colonel Fletcher and assured Sherman they would be on the top of the hill in ten minutes after commencing the attack. He cited his overwhelming number of Federal troops, the enthusiasm of his men, and the lack of significant experienced opposition. Knowing the calculated risk, and relying on Morgan’s experience, Sherman ordered the attack.


Blair decided that Fletcher’s brigade would lead the left flank and be first to draw fire. Fletcher may have been skeptical at best. But, orders were orders. He assembled his officers, and then helped his men prepare. He would not let his friend, Blair down. Nor, would he abandon his men. Whatever happened to them would also be his own fate. Christmas day, usually a day of joy, provided the time to prepare for the next day’s attack. Celebrating the holiday the best they could, the men and Fletcher likely sang songs around the campfires lighting up the sky that night and warily faced the next day. One Federal favorite of the day, “Just Before the Battle, Mother,” surely graced the evening repertoire. Many of the young men had no sweethearts yet, they were too young. The stanza, “Farewell, Mother, you may never press me to your heart again; but, oh, you’ll not forget me, Mother; if I’m numbered with the slain” may have led to many sleeplessness nights among the young federal soldiers.

Under General Frank Blair’s orders and according to plan, about noon on December 26th, Fletcher led his determined men in a bayonet charge through the marsh, across the dense brush, up the hill, and directly into the withering gunfire of Confederate entrenched forces.

Fletcher, immersed in the fog of battle, experienced an almost inexplicable scene of horror. Men fell beside him; his men. Some were dead; others screaming in pain. The smell of gunpowder permeated the entire front while the smoke from the rifles of each side covered the killing fields with an unreal wispy blur. The noise of cannon, rifle, and men assailed the ears of all. And yet, the Union advance appeared to be making some headway at first. Fletcher, intent upon attaining the summit with his men, may or may not have worried about his brothers who were also engaged. More likely, he just moved onward toward the objective hoping beyond hope that a miracle would happen. While successful in taking the first and then the second set of rifle pits located in front of the main fortifications, they could go no further. Everything fell apart. And, then it was over—all over.

Fellow officer, Major Milton Miles, described the futile attempt, “The charge failed and we were so near the enemies works we could not retreat without being shot in the backs and to be shot in the back was considered amongst soldiers an evidence of cowardice, so there was nothing left for us to do except to surrender. It was a bold, fierce but fruitless engagement.” The disastrous battle resulted in Union causalities of two-hundred and eight killed, one-thousand and five wounded and five-hundred and sixty-three missing. Miles shortly found out that Fletcher had become a wounded, fellow captive. The war he had so wanted to be part of ended for Fletcher, he probably thought—almost correctly. Rebel bayonets pointed at him as he sat on the ground with other captives seemed to be pretty definite. Hastily bandaging his minor wounds, Fletcher and fellow captives were soon ordered on their feet. They began to march. Each step he felt the pain but likely felt determined to be an example to his men without complaining.

The Union prisoners were taken first to Vicksburg where the Confederate surgeons tended to Fletcher’s wounds. After a few days, they were marched to Jackson, Mississippi, to remain for almost two months under very difficult conditions. Almost four-hundred prisoners were housed on an old wooden, covered bridge located over the Pearl River. Due to fear of fire, the prisoners were not allowed any heat and had to deal with cold as they could; many did not survive. After about two months, the officers were transferred to Libby Prison at Richmond, Virginia. Fletcher likely felt depressed and frustrated. Colonel Fletcher had spent his thirty-sixth birthday in the prison camp in Jackson nursing his wounds under horrible circumstances. Libby Prison would be only little better.

The three-story, forty-five thousand square foot, old tobacco warehouse sat on a hill near the James River in Richmond, Virginia. The Libby building had running water (one of the few in the area) and had been known as the Libby & Son Ship Chandlers & Grocers. Its location in a less populated part of town and accessibility by both railroad and water made it very valuable and secure for the Confederate purposes. It would be an excellent prison and, while not totally escape-proof, few successful escapes occurred during the war.

Each floor contained three large open rooms with the ground floor reserved for administration and staff. At the end of each floor were four small, barred windows. Prisoners had to stay at least three feet away from the windows. The window openings had no glass and armed guards surrounded the exterior. Inmates soon learned that putting one’s head out could draw rifle fire. The cellar remained unused except for disciplinary purposes when Fletcher arrived but would be occupied by prisoners later in the war. It was cold and damp.

Fletcher found Libby worse than expected. Prisoners slept on the floor and, according to Baron Rudolph Warner, a briefly held prisoner concurrent with Fletcher,

“The treatment of the Union officers at the Libby prison is most outrageous…. most of them without even wooden boxes to sleep in, and only filthy blankets for bed clothes. The filth is most disgusting and the whole place is alive with vermin. There are nearly 250 officers confined there. The bread supplied to them is decent but the meat is decayed and stinking—much of it mule meat. Capt Turner, the Provost Marshal, who is in charge of the Libby Prison, is a perfect brute in human shape, who delights in heaping abuse upon the unfortunate victims who fall into his hands.” 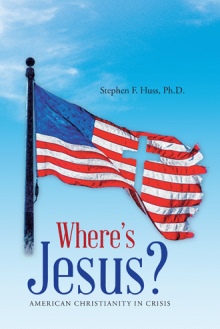 His efforts essentially repaired a war-devastated state, began reconciliation, and could serve as a model for political and personal leadership in a divided populace. Throughout his life, he advocated for veterans, Native Americans, and other minority rights and for an equitable justice system. He did so in the halls of Congress, state and federal courts, and the US Supreme Court with grace, determination, and integrity.

This book illuminates his life through the use of never-before-seen resources and critical analysis to bring him to life.

Dr. Huss holds a Ph.D. in American Studies from St. Louis University, an MA in History from Southeast Missouri State University, and a BSE from the University of Central Arkansas. He served as one of the founders and as the President and Chief Executive Officer of the COMTREA Community Comprehensive Health Center in Jefferson County, Missouri, from 1974 to 2016. Huss taught as an adjunct-instructor in American History for over 20 years at the Jefferson Community College in Hillsboro. He also has taught World Religions, Western Civilization, and American Politics.
He is a member of the Fletcher House Foundation, the Vice-President of the Jefferson County Heritage and History Society, serves as a Missouri Mental Health Commissioner and served as historian of the Jefferson County Bicentennial Committee providing over fifty presentations on the history of Jefferson County in 2018.
Dr. Huss has presented over 200 workshops to the St. Louis community on topics such as preventing youth violence, alcoholism and other drug abuse prevention, Jefferson County history, teaching children of divorce, motivation in the classroom, Seven Habits of Effective People, management effectiveness, values clarification and stress management. He has published four books and many articles.
He lives just outside of Hillsboro, Missouri, in Jefferson County, with his wife, Dr. Renee A. Huss. His family includes: Michael Huss and wife Misty; Jason Meyers and his wife Katy; Justin Huss and his wife Jennifer; Joshua Meyers and his wife Amy; Rebecca Ashley and her husband, Paul; Geanna Moore and her husband, Tracy; and his twelve grandchildren.
He can be reached at www.sfhuss@gmail.com and welcomes correspondence.