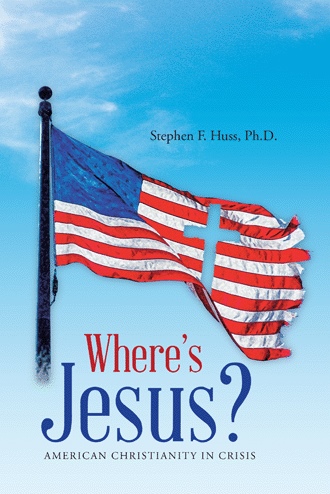 As an infant and toddler, Jesus' days would be like any child's of the age or even somewhat like our own. However, Jewish law made children little more than property with a high value put on compliance and discipline, '" wise son heareth his father's instruction [accepts discipline]: but a scorner heareth not rebuke" (Proverbs 13:1 KJV). He was probably precocious, endearing and likely very inquisitive. The child probably drew much attention from the family including extended members like grandparents, aunts, uncles, and cousins. His eyes were almost certainly brown just like his hair.

As an adult Jesus would probably have been about five feet seven inches or so at most. While Jews were lighter skinned than many Arabic groups, he would still have been dark. Further, the Palestinian sun is very bright and even the lightest person browns. He was likely of slight build due to the circumstances of a hard life and likely poor nutrition. Mortality was high in young women during childbirth. Mary might have lost a child sometime during Jesus' childhood. If Joseph had been married before, the death of his first wife in childbirth or disease would have cleared the way to remarriage with Mary. Jesus would have had firsthand familiarity with death from this or other family members. Death played a major role in the life of the Jewish community. He certainly observed the compassion of family, friends, and neighbors. It likely made a significant impression.

Jesus would have begun formal studies early if possible. Education was a part of the family responsibilities and children were told "My son, hear the instruction of thy father, and forsake not the law of thy mother" (Proverbs 1:8 KJV). If his family lived often in Autocratis he might have attended a school likely located near or in the synagogue with the other children of his age. Jesus may have played marbles with his buddies. He probably spun a dreidel or other spinning tops on the floor of his home or in the dirt yard outside. He could have also played leap frog with his neighborhood friends. He probably had a leather ball for playing catch with his brothers or others and annoying his mother. He could have had little animals carved by his father and maybe even a collection of small wooden figures with bows or spears. There is almost no doubt that he wrestled with his siblings and friends as did almost all little boys.

"And the streets of the city shall be full of boys and girls playing in the streets thereof" (Zechariah 8:5 KJV). After his chores were done he probably spend the days with his friends bruising their knees, getting terribly dirty, and exhausting themselves before being called in for dinner or to help with more chores. Boys were more active than their female counterparts and these interactions would likely have helped to develop leadership and self-reliance in the young Jesus.

Mary and Joseph might have provided the education more informally while they were in Nazareth. But the primary responsibility would have rested with Joseph. Mary would have had little part in any formal instruction. Educating children was a familial duty. "Train up a child in the way he should go: and when he is old, he will not depart from it" (Proverbs 22:6 KJV). Jewish fathers of the time taught mostly by example and discussion. Joseph, as a carpenter, had the time to talk to young Jesus while the child helped him in his work. The Torah encouraged "And, ye fathers, provoke not your children to wrath [don't exasperate them]: but bring them up in the nurture and admonition of the nurture and admonition of the Lord [teach them well]" (Ephesians 6:4 KJV). It would have been easy for Joseph to tell about Moses, the plight of Adam and Eve, the treachery of Cain, the wisdom of Solomon and the many other vivid stories painted in the Torah. The young child would have hung on every word and basked in praise from his father. Jesus not only later taught others how to live a Jewish life, he lived it himself. He wore tzitzit (tassels) on his clothing to serve as a reminder of the commandments which were an integral part of his life (Luke 8:43; Matthew 14:36). He observed Passover, Hanukah, Yom Kippur, Rosh Hashanah and other Jewish holidays as an adult just as he had as a child.

Until the age of ten Jesus would have studied the Torah with his brothers and/or half-brothers if they were close to his age. The concept of adolescence did not exist in Jewish life at that time (or really in American life until about 1900 or so). Jesus would have been expected to become part of the community sooner rather than later. Of the major concepts Jesus learned from his father, mother and community one would have definitely involved showing deep respect for individuals. He learned to treasure the importance of his people as a whole. He accepted the primacy of the Jewish people in the eyes of God and what it meant for his family and culture. After all, they were the chosen people. This would have been drilled into him by his parents, relatives, teachers and friends. He knew that both the group and individuals had responsibility for right, moral choices in life. The chosen people could act no differently. The Torah guided his way. With his intelligence he probably memorized much of the Torah regardless of where his family lived or his educational circumstances. The stories were not just his historic legacy; they were part of his daily life. They were part of him.

Jesus probably learned the Hebrew language; the language of study. This would have been important to facilitate his educational development. He certainly spoke Aramaic at home like his neighbors. If, as it was later reported, Jesus conversed with his Roman captors, Jesus most likely also had at least a basic understanding of Greek. Romans used Greek as the formal language spoken in legal proceedings.

After reaching the age of ten, if possible, he would have moved on to study the commentaries on the Torah. These had been written by recognized sages whose thoughts would later be developed into and codified as the Talmud. As he was obviously very bright, his studies would likely have brought him much positive attention. 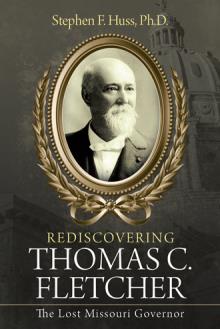 This book recognizes an alarming and increasing trend of Americans rejecting membership in organized religion and moving further and further away from Christianity. It provides a critical and historic analysis of Jesus’s life, his teachings, his example for others, and his existence as a caricature in modern American denominations. The final chapter presents a new paradigm that could stimulate the revitalization of modern Christianity.

The author has synthesized his Ph.D. in American studies, masters’ in history, BSE in education, professional training in mental health, his experiences in teaching American history, world religions, and other courses for over twenty years with his church life and personal spiritual development. This has resulted in the book that answers the question, “Where’s Jesus?”

Dr. Huss holds a Ph.D. in American studies from St. Louis University, an MA in history from Southeast Missouri State University, and a BSE from the University of Central Arkansas. In addition to being the CEO of a community mental health Center since 1973, Huss taught American history and world religions for over twenty years at the Jefferson Community College in Hillsboro, Missouri.