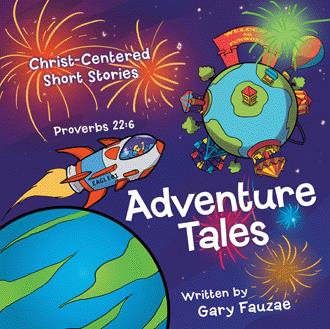 After a couple of days Tommy’s father finally agreed to give him his share of the wealth, even though he did not agree with his son’s choice to leave.
After Tommy got his inheritance money from his father, he got into his spaceship and left. He wanted to prove to his father that he could be wise with his galaxy money and make more money than his father had made. He knew for sure that, then, his father would be proud of him. So he left for Planet Business.
On the way to Planet Business where he would make all of his galaxy money, he had to pass by a planet called Fun World. The whole planet was an amusement park, made of all types of roller coasters, candy shops, and games. He thought to himself that he could have a little fun with the galaxy money he had gotten from his father. So with a quick turn, he headed for Fun World.

Dexter showed up at Baxter’s house around nine in the morning. Baxter and Dexter both went up to Baxter’s room to play. Dexter brought out all of Baxter’s toys and made a big mess in his room. After a while, they both started to get a little hungry and went down to the kitchen. Baxter made them two bowls of chocolate tuna ice cream. Dexter went into the living room and sat down on the couch to watch TV and eat his ice cream. Baxter told him that no food was allowed in the living room.
Dexter laughed as he replied, “Don’t worry. Nothing bad is going to happen.”
So Baxter believed him and sat down on the couch next to him. As they both ate their ice cream, they watched Magnum Cat, the Great Cat Detective. Dexter took a big scoop of his chocolate tuna ice cream, bigger than his spoon could hold, and before he could get it into his mouth, it fell down onto the brand-new white couch cover Baxter’s mom had just bought.
Dexter quickly picked up the ice cream off of the couch as Baxter got a wet rag. But when he tried to clean it, all he did was rub the chocolate into the white cover. He knew when his parents saw it, he was going to be in big trouble.


Bonkers The Unhappy Clown in Clown

In the far-off land of Silly Willie Tassel, there is a town called Clown Town. The town is a truly happy and wonderful fun place to be. I invite all to come to the land of Silly Willie Tassel and visit Clown Town, for there is no place like it on earth. It is a place where you can find a gag shop on every street corner, because clowns love their gag shops. The buildings themselves are different colors. Some even have clown faces on them and clown hair growing from their rooftops. Some also have arms and feet coming of the building. They even have large bounce houses you can go and jump around in. And always remember when you’re in Clown Town, never push a button with the sign that says, “Push me,” or pull a rope with the sign that says, “Pull me.” If you do, you will always get a pie in the face or something dropped on your head. There are all types of clowns—men and women, old and young, tall ones and short ones, and skinny ones and big ones.

In a far-off land known as Auto Land, there was a town called Motor Town. And in Motor Town, there was a cab by the name of Cabby. Now there are no people like you in Motor Town, or even in all of Auto land, for that matter. Cabby worked for a well-known tire company in Auto Land called Good Wheels tiers. He worked in one of the factories in Motor Town making tires. Over the years, he had been saving up all of his money so he could get a new paint and wax job done. He also wanted the interior of his cab done. As the old saying goes in Motor Town, “A car isn’t a car without good-looking interior.” 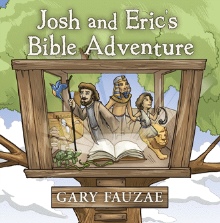 Tommy spends his days thinking about how to spend his share of his father’s wealth. When his father finally gives him his inheritance, Tommy leaves in a spaceship to prove he can make more money than his father ever did. But when things do not turn out the way Tommy plans, now he must decide how to extract himself from the mess. But will his father ever welcome him back home again? In a collection of short stories for children, Gary Fauzae takes inspiration from Bible stories to share valuable moral lessons. Children will visit an unhappy Bonkers and his friends in Clown Town, sympathize with Patches the Scarecrow as he works through his fears of the dark, and share a lively adventure on the sea with Sarah, a God-fearing tugboat. Adventure Tales is a collection of Christ-centered short stories that share timeless, inspirational messages that remind children that God and his son, Christ Jesus, are always there for us.

pGary Fauzae is originally from Leavenworth, Kansas. He rededicated his life to God in 2005. Today his passion is encouraging children to read the Bible, draw closer to God, and build a stronger relationship with his son, Christ Jesus. Gary is the author of Josh and Eric’s Bible Adventure and resides in central Texas/