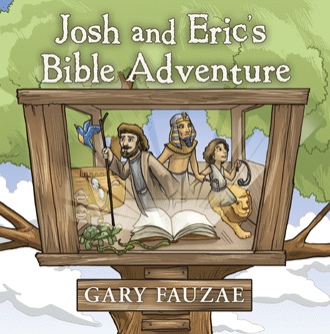 Josh and Eric opened their eyes to the sound of great mourning. They were surrounded by people crying for a lost loved one. They saw a man standing in front of a stone tomb. The man told some men to remove the stone from the entrance of the tomb. The men did as he asked them to do, he then said, “Lazarus come forth.” A man wrapped in white cloth slowly came out of the tomb. The people were all amazed and shouted the man’s name “Jesus, Jesus has raised Lazarus from the grave” they all said. Josh asked, “Eric do you believe now?” “No! That is an easy trick anyone can do that, so let’s go,” Eric ordered. They continued to go through time; when they stopped going through time, they found themselves in a large field where there were thousands of people. They both were getting a little hungry again since Josh spent all their money buying the bible back from the merchant. They could see Jesus sitting down in the grass on the hillside and his disciples where asking everyone to please set down. Everyone did as they were asked to do by the disciples. Josh and Eric had no idea what was going on, but out of curiosity they too sat down. Jesus stood up and looked up and gave thanks for the bread and fish. Josh and Eric both could see that there was not enough food to go around, what they could count there only was five loaves of bread and two fish. The disciples began to hand out the loaves of bread and fish to all of the people and to Josh and Eric’s amazement everyone had their fill of food. Eric could not believe what he had just witness he could not even come up with a logical reason for what just happen. But still his heart was hardened and full of unbelief and refused to believe in God or Jesus. They both once again began to go through time, they saw many other miracles of Jesus, from how he healed the blind, and made the lame walk and the mute talk. But after a while they got tired of traveling through time. They decided to stop and take a break, when they stopped they were surrounded by hundreds of people. Jesus was preaching to them saying, “Blessed are the poor in spirit, for theirs is the kingdom of heaven.” Josh sat under a tree and listened to every word he said and took it all to heart. But Eric on the other hand still refused to believe; he thought Jesus sounded like all the preachers in his grandma’s church. After Jesus was done preaching he healed all of the sick, Eric was ready to go “Let’s go Josh” he said. Once again they laid their hands on the bible and closed their eyes. 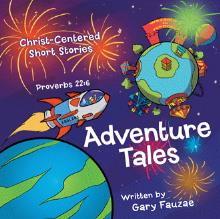 This is the story of two brothers who find a golden Bible in an antique store owned by Mr. Rosenberg. The Bible takes them back in time where they meet people like David, Noah, Moses, and more. As they try to make it back to their own time, they each will have to find their faith in Jesus.

I’m originally from Leavenworth, Kansas; and I currently live in central Texas. I rededicated my life to God in 2005; I also help children at the church that I attend. I am going back to school to get my degree in creative writing and journalism. Some of my favorite authors are Frank Peretti and Ted Dekker. My whole goal is to encourage children to read their Bible, to draw closer to God, and to build a stronger relationship with his son, Christ Jesus.