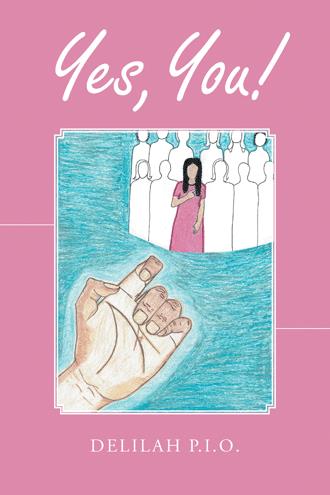 This month was amazing because of the new revelations that came from the five-day fast, but also it was a tough month. This was the hardest time for my children and me because I had to face more than just the divorce. I was in financial need due to my divorce and hit with much sickness too. My oldest son, Gershom, was a senior in high school and desired to visit his dream college.

At the beginning of the year, I had saved money and purchased two plane tickets for him and me to visit his dream school, Penn State University, where he wanted to attend. Unfortunately, two days before this trip I was diagnosed with influenza, which prevented me from traveling and accompanying him. It was not only this. I had no spending money to give him for this trip; nor did I have money to provide for us at home. My financial need was so great that Gershom would give me some of his spending money that he received from his father so we could buy food at a dollar store. I kept my finances to myself and my kids, but some of our friends, our neighbors, helped us. They were not aware of my financial need, but they did know I was facing divorce, so that was what showed them our needs.

I was as vulnerable and in need as all those families I had served and helped for so many years. It was very painful and hard to believe what was happening to me. I had nothing to give, but I had so many needs. The good thing was that now I knew to ask for help for me and to receive when in need. I asked for help from the food ministry at my church, and they graciously met my needs.

In the middle of the week, I felt I no longer could go on since I was so sick. I had high fevers, lots of body aches, trouble breathing at night so I could not sleep, and so much weakness. I could not stop being a mother. How could I do that? I also had to continue with my classes, and I had to be strong and recover soon because my sons needed me, but I also needed someone to care for me.

Around the third day of being sick and seeing what I was against, I felt I could no longer go through with my life. I felt like I was dying and fainting, but God would sustain me. On that day, I reached out to my oldest son’s father, and he was able to help me financially with some money. Then this same day my brother, the pastor, called me. He had no idea of what I was going through. He put my younger nephew on the phone, and both prayed for me. Although I was still extremely sick and broken, this call made me feel very loved.

This made me think of the place where I was born and every country and place, I had been. It made me see how I was still alive despite all the difficulties in my life. Who would have thought that this little child born in a Third World country and to a large family of twelve brothers and sisters, with her being number eleven and the youngest girl, would live and get to travel to many parts of the world? Who would have thought that she would get to live in America and get to help families in Mexico and America?

After reflecting on what God showed me, I said to him, “God, I see how far you have brought me, and today I accept these sufferings in my life even though they are exceedingly difficult and painful, but I accept them. Help me to press on. I’m going to trust you no matter what happens in my life.”

And immediately I played a worship song, which I made into a prayer for the first time in my life. On this day, I agreed to do God’s will and not mine. I agreed to receive with a good attitude the bad things and sufferings in my life, not just the good things. Thank God who protected my sons because none of them got sick, and neither did the friends who brought me food by my door.

Even though my children saw my husband and me living separate lives for few years, it was still hard for them to know that we were no longer a family, and the divorce was happening. I could not avoid the pain that the divorce caused our children, but what I could do was be strong so I could help my sons. They were young teenagers and barely adapting to being back home and in a new school, and now they had to face the divorce. They were ending the high school year. The youngest was in his first year, and the eldest was in his senior year. These were big changes for them, apart from all the things they had to face like any young men at their age. It was also sad to see my stepchildren suffer and live separate lives from us. I continued with my studies because I was determined to finish my career no matter what was happening in my life. 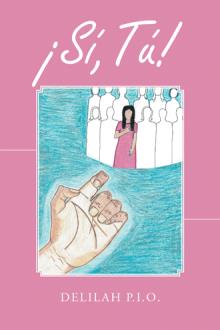 Delilah was about to lose everything: her life, her home, her marriage, and her future. She was desperate and without direction because she was going through one more marriage failure and would become a single mother again with two sons. She was broken and abandoned, with no family to help her in the United States. She struggled, unable to understand why this was happening if she had done everything right in her third marriage. She tried to fix her marriage, but she could not. She thought that everything was lost. Depression and suicide were surrounding her until she heard the voice of God.

In this book, Delilah shares how God restored her life. She shares her life story openly without shame but with courage. This book details the process that God took her through, and she narrates her conversation with God, which happened through visions, dreams, and the revelation of each one. She shares how a person can be living in the present without being aware of what could be destroying their life. She expresses the need to change, even though you may think you are right. She feels privileged that God has chosen her to be a bilingual author; she writes in Spanish and English. Both books have been written simultaneously in two languages. She gives God all the glory. She includes a study guide in this book, and you can access more material on her webpage www.delilahpc.com

Delilah has her Associate’s Degree in Science of Human Services from Columbia College in Missouri. She has been a missionary for more than twenty-two years in Mexico. Delilah has lived in various countries—Mexico, Belize, the United States, and Europe. She lives in Southern California.