by Glen A. Blanscet 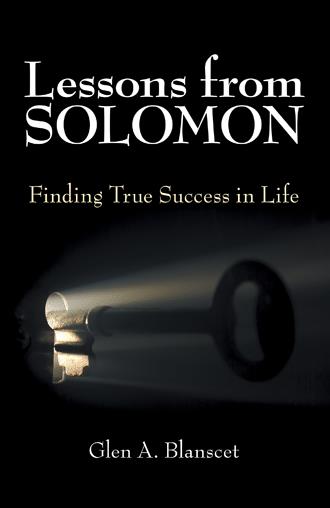 The stories of Adonijah’s failed attempt to usurp the throne of David and Solomon’s successful assumption of the throne are excellent case studies illustrating an important lesson for attaining true success in life. Their different efforts to become king of Israel ended with opposite results: one a complete failure, the other a total triumph.

Consider Adonijah first. There was probably no one else in the kingdom who met the qualifications of a king more than Adonijah. He was David’s oldest living son. He was handsome and popular with the people of Israel. He looked like a king, and he obviously had natural leadership abilities that attracted the loyalty of such men as Joab and Abiathar, neither of whom were political neophytes. They apparently thought Adonijah had the goods to declare himself king and to make it stick. Men as politically savvy as those two would not have staked their lives on a loser.

In reality, though, Adonijah’s day did not end like it began. He started the day with a specific goal in mind: to become king. He was confident he could achieve the goal, certain of his own abilities to succeed, and he had a game plan for making it happen. He ended the day, however, humiliated, afraid, and begging for his life. As he had hoped to do, Adonijah made it all the way to David’s throne room on that day, but rather than sitting on the throne, he lay prostrate before it, pleading for mercy. It was hardly a day of success for Adonijah. Instead, it became a day of abject failure. So, where did he go wrong?

Adonijah’s mistake was not in the fact that he set such a lofty goal to become king. Business leaders and self-help gurus have long taught the importance of setting goals in order to achieve success in life. In this regard, Adonijah was on the right track and even one up on Solomon. The biblical account suggests Solomon was not thinking about becoming king on this day—or any other day, for that matter. In fact, the way the events occurred, Solomon and his supporters were caught off guard by Adonijah’s play for the throne, causing them to do some “catch up” in order to turn things in their favor.

Goal-setting is an important and key step for attaining success in life. But, as Adonijah’s story shows, goal-setting in and of itself is insufficient for finding true success. Adonijah set a specific and measurable goal to become king of Israel. His goal clarified his end purpose and drove him to take specific and focused actions to accomplish the goal. In the end, though, he failed miserably, and he failed for one very significant reason: Adonijah’s goals were not the same as God’s goals. In fact, Adonijah set goals for himself that he knew were in direct contradiction with the word and will of God.

Early in David’s reign over Israel, David expressed a desire to build a permanent temple for God. But God, speaking through the prophet Nathan, refused to let David build the temple. Instead, God said it would be one of David’s sons who would build it, the same son who would become king after David and through whom God would establish David’s dynasty. Later, God identified this son as Solomon. Without question, Adonijah knew God had chosen Solomon to become the next king, but Adonijah disregarded God’s decision and pursued his own personal goals in opposition to God’s will.

[There is also a lesson we can] learn from the actions of Nathan and Bathsheba, who acted on Solomon’s behalf. Both of them knew what God’s will was. They knew God chose Solomon to be king, but that did not mean they sat back and did nothing. Nathan did not say, “God will work this out. If God wants Solomon to be king, then God will make it happen.” Instead, Nathan took action to accomplish God’s will. He put together a plan with Bathsheba to present the situation to David and to lead David to declare Solomon king immediately.

The success lesson from Nathan’s conduct is this: Achieving true success requires action on our part. There are many Christians today who, in an attempt to be “spiritual,” hang back and say, “If God wants me to get that promotion … if He wants me to get a job … if He wants me to serve in the church … then He will have everybody come to me. He will cause it all to happen. I don’t want to do anything that makes it appear as though I did it.” But, in most instances, that type of attitude is not being spiritual—it is being lazy.

Achieving our goals requires us to take action. If you want to achieve your goals, then you also need to develop a plan of action and work that plan. 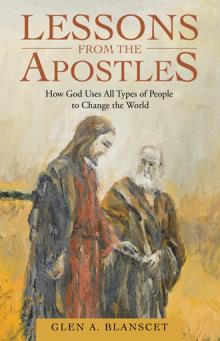 LESSONS FROM THE APOSTLES
Glen A. Blanscet
$17.95

Everyone wants to be successful. The problem, though, is that most people misunderstand what constitutes true success. The world defines success in terms of our accomplishments, the fame and fortune we achieve, and the recognitions we receive, all of which are fleeting and temporary successes at best. True success, however, is based upon our character, the relationship we have with God, and the glory God receives from our lives. So how do we achieve this level of success?

Based on the life of Solomon, Blanscet has distilled from Solomon’s story the life lessons that lead us to genuine success from the wisest man who ever lived. I highly recommend this book!

In this book, Glen Blanscet has masterfully extracted from scripture Solomon’s successes and failures, providing the reader with vivid lessons on attaining true success.

Glen Blanscet is an author, speaker, and adjunct professor in biblical studies. He holds a Juris Doctorate from Texas Tech University and practiced corporate and securities law for many years in a major law firm in Dallas, Texas, and in house for a large publicly traded corporation where he served as vice president and general counsel. He left full-time legal practice to enter into the ministry and obtained his master’s of divinity from Southwestern Baptist Theological Seminary. Thereafter, he served as the executive pastor of First Baptist Church in Carrollton, Texas, for several years. Since leaving his church position, Glen has continued his active involvement in his community, being elected to the city council for the city of Carrollton in 2015 and re-elected for a second term in 2018. He also served as mayor pro tem for the city from 2017 to 2018.

Glen lives in Carrollton, Texas. He and his wife, Becky, have two children and two grandchildren. Glen enjoys reading and studying American history, especially the biographies and stories of the US presidents. He has a collection of biographies and autobiographies on all of the presidents (except some of the most recent ones) and is in the process of reading through those biographies in the order of their presidencies, which he has found to be a fascinating way to read American history.

For more information about Glen or to obtain contact details for speaking engagements, check out his website at GlenBlanscet.com.