LESSONS FROM THE APOSTLES

How God Uses All Types of People to Change the World

by Glen A. Blanscet 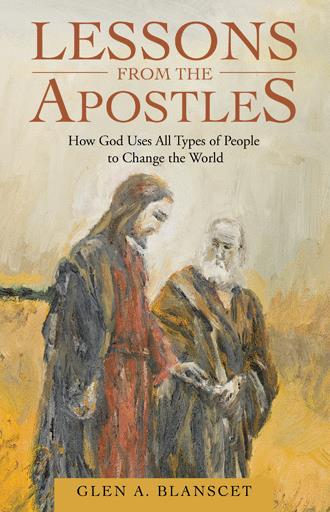 Peter Was Brave but Often Fainthearted
There is no question that Peter was a courageous man. He displayed courage when he promised never to leave or forsake Jesus and when he drew his sword against a large company of soldiers at the time of Jesus’s arrest. But, Peter’s resolve proved to be nothing more than tough words without meaningful action. He wanted to be strong and faithful. He probably thought he was. But when the moment of ultimate testing came, he faltered. As Jesus explained, “The spirit is willing, but the flesh is weak” (Matthew 26:41).
Ironically, Peter’s courageous resolve wavered when a servant girl confronted him. In the Garden of Gethsemane, he courageously faced an entire battalion of soldiers. In the High Priest’s courtyard, however, he turned into an utter coward in front of a young servant girl. His failure serves as an example and reminder that our human resolve can evaporate at the most unexpected times.
We generally think our faith will only be challenged by a direct assault from someone who demands we renounce Jesus or give up our rights to worship Him, much like the first recorded Christian martyr after the New Testament. In AD 156, Polycarp, the bishop of Smyrna, was eighty-six years old and one of the last early church leaders personally mentored by one of the apostles. The Roman governor ordered Polycarp to renounce Christ and declare Caesar as Lord or else be burned at the stake. Polycarp replied:

Eighty-six years have I been His servant, and He has done me no wrong. How then can I blaspheme my King who saved me? You threaten with fire which burns for a season and after a little while is quenched: for you are ignorant of the fire of the future judgment and eternal punishment, which is reserved for the ungodly. But why do you delay? Come, do what you will.

As soldiers placed him on the woodpile where he was to be burned alive, Polycarp refused to be nailed to the stake, telling his executioners, “Leave me as I am; for He that has granted me to endure the fire will grant me also to remain at the pyre unmoved.” Respecting his wishes, the soldiers tied him to the stake instead.
There have been many brave martyrs for Christ throughout history and many still today. But we deceive ourselves if we think that the only challenges to our faith will be as apparent as what Polycarp experienced. Instead, our faith will typically be challenged in subtler ways, through the trials of life. The challenges may come in the form of a child’s illness, a failing marriage, or a lost job. They may be a temptation to repeat gossip, cheat our employer, or spew hateful comments on social media. Our faith is challenged when we refuse to forgive someone who has hurt us, when we trust in our worldly wealth or jobs rather than God, or when we choose to forego worship for entertainment. These are the challenges we face every day, and we are frequently just as unprepared for them as Peter was in the courtyard.
How can we be ready for these kinds of challenges? The key is maintaining the right relationship with God. We need to ensure that we know God personally and intimately by being students of His Word and people of prayer. We need to avoid letting our relationship with God deteriorate into nothing but religious rituals. We must put on the spiritual armor the apostle Paul described in Ephesians 6:14-20 so that we grow in our understanding of the truth of God’s Word and the certainty of His promises. And we need to practice a daily lifestyle consistent with our calling as believers and children of God so that, when life hits us with a major test, our hearts and minds are already conditioned to obey Christ and His will. This consistency helps us continue to trust in God when the storms of life come.

The Rest of Peter’s Story

A popular tradition alleges that Peter asked his executioners to crucify him upside down because he did not feel worthy to die in the same manner as Christ did. The accuracy of this tradition, however, is questionable. The Acts of Peter, an apocryphal text written in the last half of the second century, contains the first record of Peter being crucified upside down. According to The Acts of Peter, his request was not to avoid dying in the same way Jesus did but as a symbolic act to show the human race’s spiritual condition. It was not until AD 370—almost two hundred years later—that Hegesippus claimed the reason Peter asked to be crucified upside down was due to his unwillingness to die as Christ died.

There is simply inadequate evidence to say for sure that Peter made the request to die upside down or that he requested it for the reasons that have become such a popular part of Christian tradition. It appears reasonably certain he died by crucifixion, and it is plausible the Romans crucified him upside down since they frequently executed criminals in such a manner. It seems unlikely, however, that the Romans gave Peter a choice in the matter. 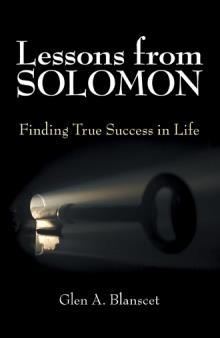 Lessons from Solomon
Glen A. Blanscet
$13.95

We often think of the apostles as spiritual giants—men who were uniquely qualified to walk with Jesus and carry on His mission to the world. But the reality is they stand out more for their lack of qualifications. They were not trained religious scholars; they often misunderstood what Jesus told them; and sometimes they simply failed to live up to Jesus’s expectations.

Not only did they lack qualifications, but they also encountered many of the same fears and issues we experience. They struggled with doubts, cowardice, ambition, faithlessness, pessimism, and greed. In other words, the apostles were people just like us.

Yet, Jesus chose them to change the world. And they did.

Lessons from the Apostles describes the struggles and personalities of these ordinary men, reveals the transformation Jesus made in their lives, and identifies specific lessons you can apply in your own life. You will also find brief accounts of the stories and legends regarding what happened to the apostles after the Bible.

As you read about each of these men, you will likely recognize your own personality in one or more of them. And you will find encouragement from knowing that you too are the type of person God can use to change the world

Glen A. Blanscet is an author, speaker, and adjunct professor in Biblical Studies at Dallas Baptist University in Dallas, Texas. He is the author of Lessons from Solomon: Finding True Success in Life and the first two volumes of his Bible Study Notes series on the New Testament, including Everything We Need: Bible Study Notes on the Epistle to the Ephesians and Contending for the Faith: Bible Study Notes on the Epistle of Jude. Glen and his wife live in the Dallas, Texas area. They have two children and three grandchildren. For more information or to contact Glen about a speaking engagement, you can reach him at GlenBlanscet.com.