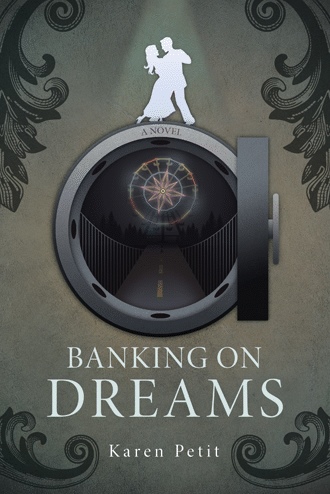 Excerpt starting from page 10-13 of the Banking on Dreams manuscript:

Still within Lisa’s lucid dream, the polar-bear customer looked out the window. Lisa could now see a mask completely covering his face. She checked the front door’s sign. It said, “No sunglasses or hoodies,” but it didn’t say anything about bear costumes.

While Lisa was thinking about whether or not she should say anything to the customer, she watched his nervous actions continue to escalate, especially when he looked at the bank’s vault of darkness. Was this nervousness actually the customer’s, or was Lisa just trying to push her own anxiety away from herself by placing it onto someone else?

The customer stretched out his bear paws at the end of his furry arms. With a final look at the dark metal vault, he turned to his right and walked over to Alice’s desk.

In a high-pitched voice, Alice said to him, “Hey! We’re supposed to be closed by now. Plus, it’s a holiday. We have to go home, so we can give candy to the trick-or-treaters.”

“I’m at the end of a dead-end street. There won’t be any trick-or-treaters.”

“I’m all dressed up like a Pilgrim. My neighbors’ children will be so happy to see me, so I have to go home. It’s also past the time when we should have closed the bank,” Alice said.

“I know what I want. It’ll just take a minute.”

“Look—the clock’s hands have already moved far too much since you’ve been here.” Alice pointed toward the clock. Its hands were moving off its face, traveling along the wall, and sliding past the TV screen, cameras, and two pictures. Finally, the clock’s hands nervously moved into the vault’s darkness.

The polar-bear customer said, “Okay, let’s get moving. I’m all done checking out the bank.” He glanced at Lisa and then walked back to Kate’s teller window. His right hand tried to put itself into a side pocket in his costume. There weren’t any pockets, though. His hand eventually paused and then acted like it was pulling something out of an imaginary pocket in the costume. He was suddenly holding a gun. He pointed it at Kate and said, “Now it’s time for the robbery, and don’t you even think about hitting the alarm. I’ve hacked into the system, so you can’t notify the police about this robbery.”

Lisa realized that the gun’s trigger and its surrounding loop of metal were much larger than normal. The trigger of the gun fit firmly into the robber’s furry paw, and the surrounding loop enclosed a part of the paw like a piece of jewelry. The barrel of the gun rested on top of the robber’s paw. One of his claws was scratching against the curve of the trigger. The sound was worse than a scratching fingernail noise on a blackboard.

Lisa noticed that Kate was looking at the alarm button near her teller window. Kate was frowning, so the button’s light probably was not working, which meant the robber had hacked into the system and turned it off.

A bullet bounced off the floor near where Kate was standing.

The robber was glaring at Kate while he said, “If you want to live, stop looking at that broken alarm button. You need to do what I tell you to do.”

Lisa’s eyes moved away from Kate and over to the wall on the left side of the door. The bright red fire alarm was visible, but it was higher up on the wall than she had previously noticed. If she reached one of her arms up above her head, she’d still be about two feet below the alarm. She wouldn’t even be able to jump high enough to reach it. Perhaps if she pushed herself upward from the handle of the door as she jumped, she might be able to hit the fire alarm’s red handle hard enough to set it off.

Before Lisa had a chance to try her jump, she heard the bank robber’s voice: “No, you can’t reach that fire alarm. Even if you’re really a ballerina and can do all kinds of twirling leaps, no one can jump up that high.”

Lisa said, “I was just looking at it. I wouldn’t do anything that might get someone hurt.”

Lisa paused. She was wondering what would happen if she were shot during a lucid dream. In a regular dream, people supposedly would wake up right before actually dying. A lucid dream might be different, though. Could the shock of consciously learning about death result in a heart attack or a stroke?

A shot rang out. The glass in the door behind Lisa shattered.

“Get over here,” the robber said.

Lisa walked over to where the robber was pointing and sat down next to Harry and Alice. With her hands clasped together, Lisa said a silent prayer, asking for the Lord’s help to keep everyone safe.

Kate was still at her teller window. The robber waved his gun at her. “Put the big bills in here,” he said. With his free paw, he threw a large backpack over the top of Kate’s teller window. It landed on her head, but Kate didn’t get hurt.

“Do you want just twenties and higher, or do you also want some tens?” Kate asked.

“Just forget about the singles, but give me everything else. Also, if I find any dye packs, I’ll know who to blame.”

After Kate finished putting money in the bag, the robber made her empty the other teller drawers. He then shot his gun twice into the ceiling and yelled, “All of you, go into the vault!”

Lisa started to shake. Kate looked fearfully at her. Lisa had often said that she would never let a robber lock her in the bank’s vault. 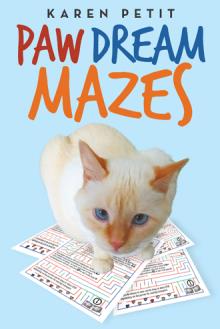 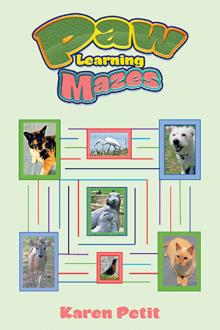 “Go into the vault and get the big bills,” John commanded.

Lisa hesitated. Her eyes moved anxiously to the open vault door; its heavy hinges cast shadows that blended into the darkness of the interior. She said in a soft voice, “I don’t like the vault. It gives me nightmares.”

John laughed cruelly. “Do you really expect me to believe you’re a bank teller who’s scared of bank vaults?”

John waved his gun at her. “This is a robbery, and this gun is not a dream.”

Lisa Reilly, teller at First National Consumer Bank in Rhode Island, ballroom dancer, and hopeful romantic, is a dreamer. She experiences lucid dreams now and again, and she hopes to harness them, making the plots of her dreams bend to her will. She also has terrible nightmares of being stuck inside the vault at the bank and sometimes dreams of having a boyfriend too.

Lisa never really thought she’d be a victim in an actual armed robbery, but when she suddenly finds herself moving toward the vault, trying to survive a real-life bank robbery, her worst nightmares are realized.

Will Lisa ever be able to have a lucid dream where she is in control? Will she be able to overcome her bank vault nightmares? Will she survive the real-life robbery? Find out as you travel through Lisa’s dreams and reality, crossing the bridge between the two worlds in Dr. Karen Petit’s exciting and romantic novel, Banking on Dreams.

Dr. Karen Petit (www.drkarenpetit.com) has used lucid dream techniques herself for many years, and she has incorporated elements of her own dreams into her four novels: Banking on Dreams, Mayflower Dreams, Roger Williams in an Elevator, and Unhidden Pilgrims. Petit’s novels show how our nation’s history is connected to our modern society, in addition to how we can overcome fears, achieve goals, and journey into positive realities.