Jesus Christ and His Revelation The Centerpiece of God’s Universe

Commentary and Bible Study on the Book of Revelation

by Ronald A. Clower 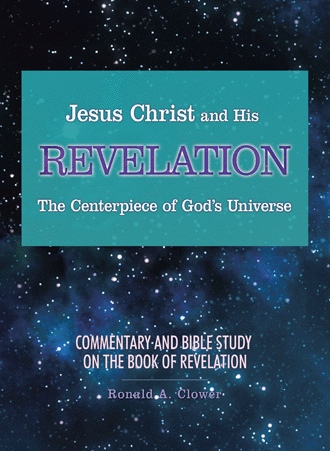 As we come to chapter 6, the scene shifts back to earth. Now that the church is out of the world and in heaven, what then is to happen to the earth?

The Tribulation Period is one of the most significant periods of God’s dealing with mankind and certainly occupies a most prominent place in His prophetic plan. Read Daniel 9:24 – 27. The actual event that triggers the Tribulation Period is found in Daniel 9:27 when Antichrist, “the ruler who will come,” makes a covenant (peace treaty) with Israel for seven years. Chapter 6 introduces the seal judgments, which make up the first quarter of the seven-year Tribulation Period. As John beholds the Lord Jesus Christ, represented by a Lamb, breaking the first seal, we encounter the first of a long series of events that begin in heaven and are brought to completion on earth. God will use this time, through a progressive series of judgments, to force all people remaining on earth after the rapture to make a choice:

1) Either repent of their sinful lifestyle and be saved by receiving God’s Son, Jesus Christ as their Lord and Savior; or

2) Continue to reject Him and suffer eternal punishment and separation from God.

Each of these judgments is a symbolic announcement in heaven of an event that actually takes place on earth. This seven-year period of future world history, graphically described in chapters 6 – 18, will be the darkest time the world has ever known. The good news is: If you have put your trust and faith in Jesus Christ as your Lord and Savior, then you and I are not destined to some future time of judgment. Our sin debt was paid for eternity on the cross by the atoning death of Jesus Christ. The Apostle Paul tells us that the Lord Jesus “rescues us from the coming wrath” (1 Thessalonians 1:10).

The Four Horsemen of the Apocalypse

6:1: At first glance, this opening verse gives the impression that a command was given to John to “Come!” However, since the order is issued from heaven and carried out on earth, a more appropriate translation would be “Watch!” The KJV uses the phrase “Come and see.” John heard and then he saw, and his vision began with that of four horsemen.

The rider on the white horse symbolizes the end-times Antichrist and his kingdom. We will take a closer look at this person, Antichrist, in chapter 13. The purpose of this rider is clearly stated: “A conqueror bent on conquest.” One interesting characteristic of his coming is that he has a bow in his hand, symbolic of warfare, but no arrows, indicating that he will conquer by diplomacy rather than by war. Amidst widespread chaos throughout the world resulting from the rapture, Antichrist will come onto the scene as a great diplomat and problem solver, ushering in a false peace. The crown on his head indicates his rise to a worldwide position of power and authority. However, the peace that he brings is only temporary. 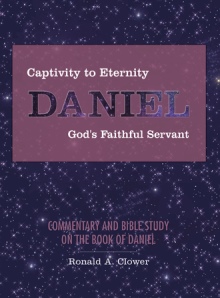 The Book of Revelation is God’s message to the world and His children (the church) revealing how He intends to finish out the history of mankind, as well as the fate of those who have trusted in His Son, Jesus Christ and those who have not.

This commentary and workbook represents a concise verse-by-verse study of the Book of Revelation. The author’s goal was to make this study comprehensive yet easy to follow and appealing to all age groups ranging from young adults to seniors. Related subject lessons, illustrations, and frequently asked questions (FAQ) taken from the classroom have been added to give redundancy and visual interest to the study. Each chapter includes review and discussion questions meant to emphasize key elements, inviting both personal reflection and classroom discussion or group study.

Ronald A. Clower, a graduate of the University of Georgia, spent over twenty-two years as a successful entrepreneur before retiring to focus on his first love – God’s call to ministry. In 2011, he published Jesus Christ, The Centerpiece of God’s Universe, his first volume on the Book of Revelation. In 2015, he published his second prophecy volume, Captivity to Eternity, DANIEL, God’s Faithful Servant, on the Book of Daniel. Clower has completed leadership training in the Alpha program from Asbury Seminary, led numerous Disciple Bible studies, and currently serves as a co-leader in adult ministry at his home church. Clower also manages an on-line ministry (CenterpieceMinistries.com) to promote the Gospel through the study of God’s word. He resides in Georgia with his wife of thirty-four years. Together they have two grown children and one grandson.